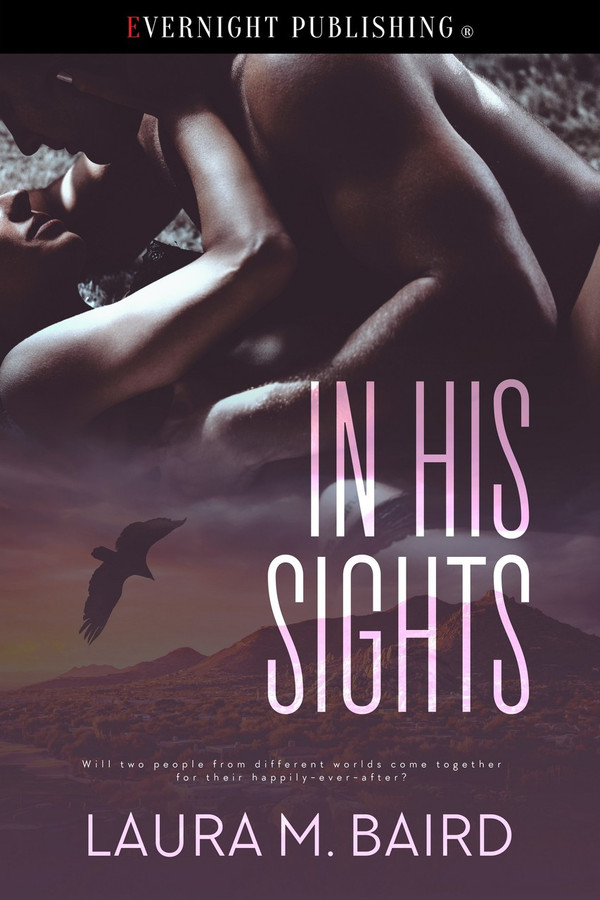 Intelligence analyst Charity Masters is raising her niece after the death of her brother. If that isn’t enough to up-end her world, she’s pulled into a government project involving shifters, and a handsome distraction in the form of tempting hawk shifter, Mason. Although her strong personality has kept men at a distance, will she allow Mason close enough to appreciate the woman inside?

As clan leader of his Native American tribe, Mason Wegi wants to ensure their relationship with the government remains beneficial but well-contained. While focusing on a project involving human and shifter DNA experimentation, not only will he have to safeguard his people, but that of the alluring and willful beauty, Charity.

Will two people from different worlds come together for their happily-ever-after?

“Are you all right?”

Charity gasped as she reacted on instinct, rolling once again and springing up, preparing for…

Always priding herself for being prepared for the unknown, Charity certainly wasn’t prepared to come face to face with a gorgeous man on a trail in Sierra Vista. As she straightened to her full height of five feet ten inches, the man still towered above her by at least half a foot. With her back to the sun, she could see his features clearly, and what she saw nearly stole her breath.

Raven hair framed his lean face, falling well below his shoulders. Topaz eyes shined brightly as his brow knitted with worry, even while his luscious mouth hinted at a smile causing his tanned skin to crinkle at the corners. Muscled arms relaxed at his sides. A rusty orange t-shirt covered his chest, stretched across clearly defined shoulders and pecs. Gray athletic pants encased his legs and he wore running shoes dusty from the dirt, looking like they got good use.

Charity blinked several times while trying to clear the haze in her head as she met his stare. “I’m fine now, thank you.”

While the man scanned her body, he asked, “Did you take a tumble? Are you sure you’re all right?”

Charity looked down at the dust and debris on her clothing, and tried to swipe herself clean. Her white tank top and red running shorts weren’t any worse for wear, but a few scrapes on her left leg got her attention. She removed the bandana around her head, allowing her long blonde hair to fall free and curtain around her as she bent forward to wipe at the cuts. When she peered up at the man again, she saw his concentrated gaze continuing to scan her.

“Are you sure you don’t need medical attention?” he asked, his voice gruff.

Charity straightened. “No, really, thank you. I nearly had a close encounter with a rattlesnake but was saved by a hawk. It was, uh, well it all happened rather quickly, stunning me. I’m not far from home, so I’ll be fine.”

The tenor of his voice and the note of care had her warming, and not from the overhead sun. Once again she mentally shook herself as she finger-combed her hair and twisted it back up, securing it with her bandana. When she met the stranger’s gaze, his eyes snapped from her chest to her eyes, and she swore she saw a blush sweep over his cheeks.

When the man cleared his throat, he offered an introduction. “I’m Mason, Mason Wegi.” The sound of his name was like putting a ‘W’ in front of egg and adding ‘ee’. “I was just out for a run myself. I certainly didn’t expect to come across a fair maiden in distress. Not that I’m complaining.”

People suspect the government has full knowledge of extraterrestrial beings and is currently experimenting on them. But, what if the government has programs set up to run experiments involving the supernatural world. In His Sights is about such a program. People are using shifter DNA to create super soldiers and Mason, his team, can’t allow that to happen. His clan wants shifters to remain hidden from the human world….with the exception of a few key humans. Charity and Leah, her niece, are two humans under the care of Mason and his tribe. They are assisting him in breaking a code, finding out who’s killing members of his team, and why. Laura, the author, developed a unique cast for In His Sights. Charity: Human, ex-military, coder, amputee, smart, brave, strong, and a loving parent/aunt. Leah: 6-year-old firecracker who has a brilliant mind and a big heart. Mason: hawk-shifter, leader of his clan (Tohono O’odham), protector and respectful of woman. There were more characters, all equally important to the story and the development of the plot. The plot, which sounds very scifi, could actually be plausible if you believe in the supernatural world. Whether you believe in the supernatural world or not, In His Sights is a book worth reading. There are erotic scenes, mystery, shifters, and a HEA. The villain was easy to pinpoint but it was a great story nonetheless.

Sights on Her by Laura M. Baird