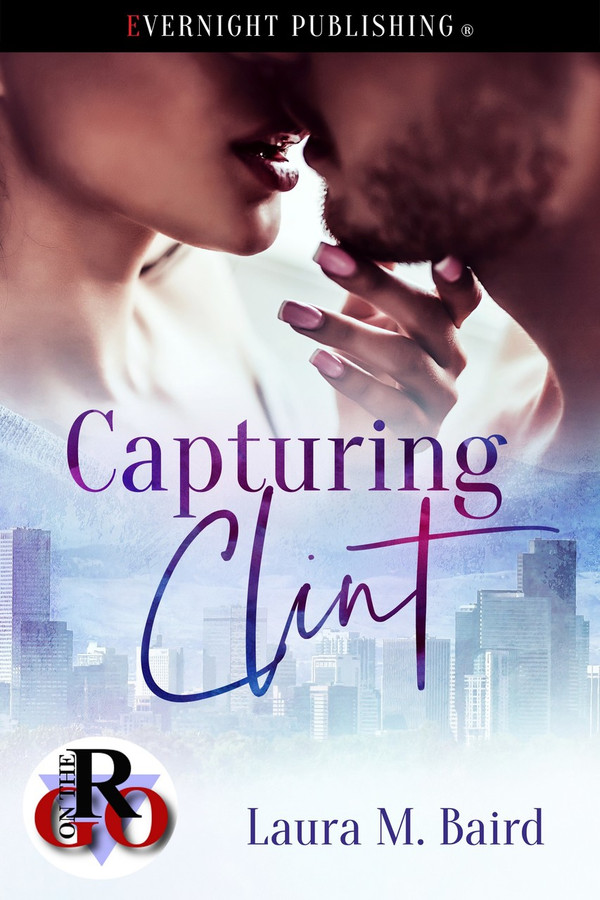 Clint let Chrissy, the adorable nerd, slip through his fingers while in college.

Ten years later, after a chance encounter, Chrissy will use her sexy confidence to ensure that doesn’t happen again. Clint is more than interested but doesn’t feel worthy, and it’ll be up to Chrissy to show him how good they can be together.

Once their meal was complete, Clint suggested they take a walk around the spacious courtyard associated with the hotel. His underlying intent was to get her some fresh air and clear her head, as he could tell the drinks were getting to her.

He was quickly at her side as she stood, wobbling a bit.

“Am I going to embarrass myself? How much did I drink?”

“That already tells me it was too much.”

He took her hand and told her to lean on him anytime she felt she needed to.

“There’s no need to apologize,” he stated as they made their way outside, the cool, humid air quickly bringing goosebumps to Chrissy’s skin as it washed over them. “I’ll take care of you.”

“Mm hmm, I’ll just bet you could,” she murmured as she pressed closer to him. “It smells wonderful out here,” Chrissy said as she closed her eyes, inhaling deeply.

She chuckled. “You’re such a flirt.”

“Am I?” Clint asked innocently while he nuzzled her neck.

“But the gentleman in you is warring with himself.”

“Is he now?” Clint leaned back slightly and cocked an eyebrow, making her giggle more.

“He is indeed.” She nodded primly. “Continue to be the perfect gentleman,” she spoke slowly, enunciating each word perfectly. “Or go for it, which is—”

Clint couldn’t hold back any longer. To hell with being the gentleman, he thought. He covered her mouth with his, expecting to swallow her surprise. Instead, her passion rivaled his. And that sent him even further toward the edge.

With her inviting curves wrapped in silky material, he couldn’t stop his hands from their exploration as they ran down her body. He cupped her firm ass and nearly came from that contact alone.

Clint broke free from her lips to trail a path of nipping kisses down her neck. He heard her moan as her body shook beneath him.

“I’ve waited so long for this,” she sighed.

Clint’s best friend, Beth, had introduced him to Chrissy. Clint was in his last term before graduating, and he was determined to focus on his studies, but he just couldn’t manage to get Chrissy out of his head. Clint and Chrissy were thinking that things were really going somewhere when Chrissy had to leave suddenly due to a family illness. It’s years later when they finally cross paths again. Will past hurts keep them separate? Or can they finally build something beautiful together? I found this to be an interesting and fun short story. I really liked both Clint and Chrissy’s characters – particularly Chrissy’s timidness and book-ish manner. I found it refreshing that Chrissy managed to be both a modern woman, but not overly bold or brazen. I wasn’t keen on the abruptness of the two paragraph explanation that Chrissy suddenly went home due to her mother being ill. It made the “college” section of Chrissy and Clint getting to know each other and the jump forward ten years in time to them actually starting a relationship quite jarring and I thought it derailed the smoothness of the story somewhat. That said, I ended up kind of thinking about the book in two different parts “college time” and “grown up” life. While I wish the segue between the two had been a bit smoother and better-described, the two parts themselves were great. I found this to mostly be a character-driven storyline/plot, as in the attraction, then beginning of the relationship between Clint and Chrissy is the driving force of what the story is about. I enjoyed the secondary characters – Beth and Zac – and found them to be both interesting and multi-layered, not simply there to add the requisite “friend” to the storyline. Indeed, a part of me hopes there might be a story revolved around Beth some time in the future as there was a slight hint at her new career and “grown up” life that could prove interesting. With a lovely happy ending and a really good, warm feeling I loved the wrap up to this story too. The sex – while hot, wasn’t envelope-pushing or extreme. I feel most romance readers who like a bit of spice in their story should find this book overall really good and happy. As a quick read it’s a great one for picking up when you don’t have a lot of time and I’d happily try more works by this author.

You never forget your true love, sometimes the timing just isn&#039;t right. This was the case for Chrissy and Clint who after falling for each other in college they were separated for 10 years. When the time was right, fate brought them back together for good as adults. I really enjoyed this sexy, quick read.