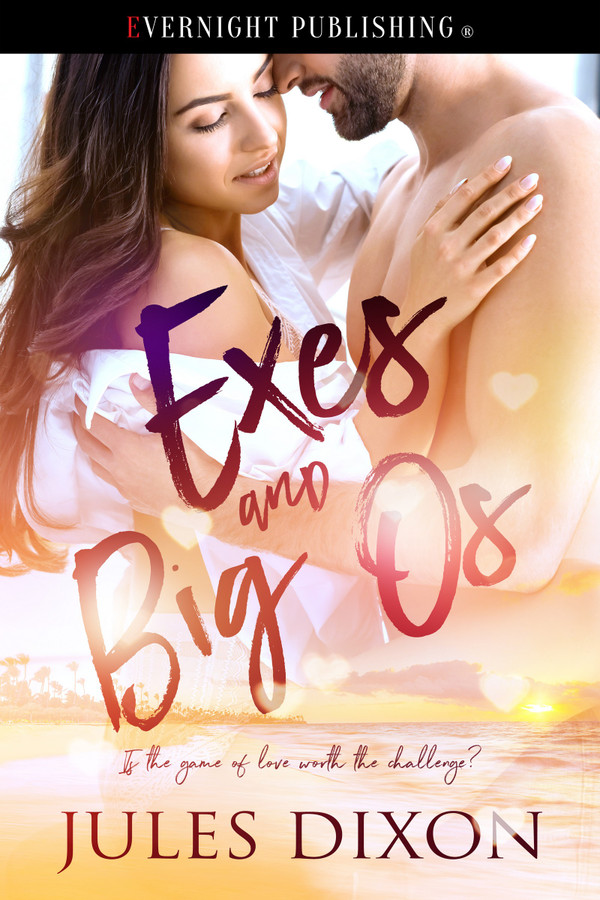 Is the game of love worth the challenge?

Callie Laurel’s private jet company needs business, but why does her first client have to be the ex that she caught cheating? Fortunately, the ex is only providing the funds for the flight—to rescue a man who has cancer, reminding Callie of her father’s own lost battle. When the overworked but dead sexy lawyer Liam Young steps onto the plane, Callie’s firm no-business-mixed-with-pleasure rule is seriously in jeopardy.

An unexpectedly extended layover has both of them drowning in more than the tropical storm’s torrential rains. But when Liam finds out Callie’s ex wasn’t truthful about why they’re there, he’s torn between rescuing his baby brother or telling the truth and risking the one true connection he’s ever felt.

Will Liam put Callie first, or will the reality that she’s been used again crash land their relationship?

Liam smiled. “For a friend, flowers to brighten a rainy day.”

A man appeared to let them into the soundproof cubicle they would call home for about two hours. They stepped inside the 16’ x 20’ dark room lighted with only strips of dimmed, hot pink rope lighting where the walls met the ceiling. After sharing directions on the video system, the attendant left with the flowers to deliver them to Callie’s room.

“I know you don’t love that dress, so I brought you something that you might be more comfortable in.” Liam stood and pulled an oversized robe from a bag he’d carried in. He held up a hand before she could say anything. “I happen to know this is both the right size and super comfortable. It came from my room, and I wore it this morning.”

She could imagine it smelling like him. Her body clenched internally. She crossed her legs to squelch the burn. It’d been against his skin. It would smell like him. He’d obviously brought some cologne or… Meg! Dammit. She’d probably known his favorite scent from learning all about him and had it delivered to his room. The woman was Sherlock Holmes in stilettos and Hepburn-style sunglasses.

Slipping from the chair, she grabbed the robe. “Turn around.”

“Please don’t turn back around until I say.”

Liam cleared his throat. “I won’t. I promise, Callie.”

Her name rolled off his tongue with a softness that made her still and stare at his backside. She hadn’t noticed that his jeans were different. And tight.

Callie hushed a giggled. She wasn’t being a good friend. She smirked. This needed to be remedied. “Nice and tight jeans, Young,” she jabbed.

They could remedy that. Callie reexamined what was right in front of her. Definitely a runner, the jeans clung to his thin waist, and from there down it was tight muscle. Until his ass. The muscles curved like two ripe cantaloupes. The man wasn’t perfect. Nobody was. But he tipped the scales in so many areas that he seemed almost perfect to her.

Turning him down last night was meant to protect the company and maintain her personal morals and ethics code. But the company would survive if she threw caution to the wind. And personally, she considered making major revisions to her morals and ethics. They’d been amended after Trent, but now she could see how they’d been a kneejerk reaction to being hurt.

Liam showed that he cared about her comfort and made an effort she really appreciated. He tipped the scales in so many areas. Was it time to let her defenses down?

Liam shifted in his loafers and shoved his hands in his jeans pockets, pulling the denim so tight that it wasn’t a guess on boxers or briefs anymore.

Boxer briefs … best of both worlds.

Thoughts circled each other in her brain. What if they were just friends who had a lovely—sex-filled—weekend together? Clearly, they were attracted to each other. He’d already admitted this fact to her, and she couldn’t deny she found him both intriguing and a little maddening, but in one of those ways that made her want to come back for more.

And what was the harm? She lived in another city, and they would part ways soon. They were on a clock that meant now or never.

Plus, they were both adults.

Callie has opened her private jet company. Her first contract is both exciting and terrible. It’s her ex but it’s for a good cause. When she meets Lawyer Liam it’s lust at first site. A tropical storm delays them and makes the passion between them hard to resist. When the real reason Liam is on the plane comes out, it may derail something magical between them… I loved Callie. She’s not a damsel in distress, she can handle her own problems. Mostly. When she meets Liam is like seeing her icy exterior thaw. Liam has family issues, an exhausting job and his eyes glued to his new pilot. The chemistry between them skyrockets as they are delayed by a storm. It adds a nice moment for them to get to know each other and slows the romance so there’s a connection. There are some slow scenes in the story but that’s my only complaint. Liam and Callie have a great, brewing romance. The twist at the end is good. I really enjoyed the uniqueness of her owning her own jet company!

Ride With Love by Jules Dixon

Ready for Love by Jules Dixon

Rescued by Love by Jules Dixon