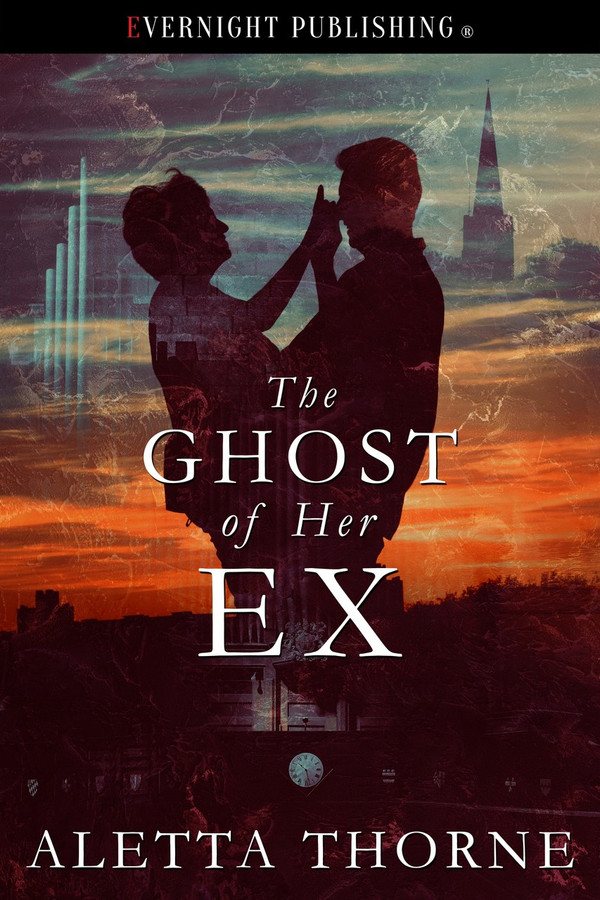 Just because she’s sixty-three, cynical, and a church musician, Emily Rauch is hardly done with life—or love. Now that she’s traded in her old barn of a place for a tiny house in the hills, Emily’s ready for a new start. Throw in one enormous pipe organ, two ghosts, a pot dealer named Santa Claus, the reappearance of Emily’s bad-boy college squeeze, and a blizzard ... what could possibly go wrong?

“You are a woman of … appetites, Em. You like to eat and drink and…”

“…and fuck.” Emily shocked herself by saying that. Dropping an f-bomb when you were just randomly turning the air blue was one thing. But this was no fuckity-fuck-fuck. This meant actually doing the deed…

But she hadn’t shocked Al. “Indeed. And fuck.” He nodded, his lips tight. “I left you in the lurch.”

Emily sighed. “Yup. Yup. Guess you did. But we talked that stuff to death two decades ago. Shit, Al! It’s just … just … I don’t know what it is. Alexa, play Widor organ music.”

“I don’t know any songs by Widor,” said Alexa.

“Alexa, argh!” Emily made neck-choking gestures toward the black cylinder on her counter.

“Bee-boop,” said Alexa. Her illuminated blue ring danced and turned itself off.

“I know our lovely and talented daughter meant well with that thing,” said Al. “But The Echo sucks at classical music unless you get lucky. Works better just to ask for radio stations.”

“You’re too good at that. Do you haunt many Echo owners?”

“Just Gordon.” Al laughed ruefully. “That young fella of his bought an Alexa for him. Alexa, play WQXR.”

“Playing WQXR.” Alexa provided them with the middle of Respighi’s “Ancient Airs and Dances.”

“Not bad,” said Emily. “No static. It barely comes in up here on the FM. And they’re a public station now, so no more pre-need funeral ads, I guess. God, funerals!”

“Yeah. That. I gather you had a spectacularly bad day…”

“Do you get special ghost email about that or something? Ghost Facebook?”

Al’s laugh, again, was rueful. “Hard to explain. It doesn’t work like that. I never really thought of you as a femme fatale, Em.”

“I wasn’t the one who fatale-ed him! I honestly didn’t intend to have anything else to do with him! Or not much else, anyway. Look, I was being a sex-positive, independent woman caring for her own needs. He went home to his girlfriend, tried for a little more of the old slap and tickle … and crumped.”

“And now you’re playing his funeral. And he came to the organ loft today to bother you.”

Emily began to laugh, too—a bit too hard. There was nothing else left to do. “Oh, fuckity fuck!”

Then there were tears in her eyes again. She laughed until she ran out of air. “I never even unblocked him on my phone. I never even friended him on … Facebook! It was supposed to be a nothing. A one-off. A…”

“I sort of remember Brad. He was at the reception when you played in Brooklyn, right? Was he a good organist?”

Emily wiped her eyes. “He was terrific. But loud and flashy—at least when we were kids. A show-off. I don’t think I’ve actually listened to him play since before I met you. He loved boat races as much as he loved music. Not to mention chasing women. I used to regard that as a challenge when I was in school: break the womanizing horn-dog’s heart and win the Battle of the Sexes. Ah, Al, we’re so nuts when we’re young.”

“Em, I’ll tell you this… Brad’s going to be … around. Womanizer or no, he probably liked you a lot more than you thought. I get that. Plus, he doesn’t know he’s dead, right?”

“He seems a bit unclear about that. He’s got to know I’m practicing for his funeral. You never seemed unsure about being…”

“Being dead. I had lots of warning. I was sick for a long time.”

Emily nodded. “That sucked. You sure didn’t deserve it.”

Al pecked her cheek with his usual hurried and dry kiss. “No one deserves it. Your friend clearly has unfinished business,” he said. And then he disappeared.

What fun! This really puts a unique spin on the idea of life after death-and what a hot time it can be! Love and romance abound all wrapped up in a funny, steamy yet sweet story that proves to be a real page turner. While I am not usually a reader of steamy romances, this is a horse of a different color. Smart, funny and packed with music, and a lead character who is not the usual suspect in a steamy romance made this book enjoyable from beginning to end. I am officially a fan!

I really can&#039;t recommend this book to the insomniacs. There I was at 4 AM, awake in bed, hoping some gentle reading might help me sleep, and actually giggling helplessly (upsetting cats, and husband). But at least I was having a really good time. Aletta Thorne has a wonderfully impish humour, which weaves effortlessly in and out of her beautiful prose, shedding smiles over a truly moving story. All the main characters in the story are in their sixties, or, you know, deceased, and there is a lot of loss to deal with all &#039;round, lost husbands, lost wives, grown up children that have gone far away… Oh no, how sad, you say? Think again! In the middle of all this loss, you find a handful of wonderfully vibrant lives, full of things to do, and to want. The church musician element is brilliant. I had never given any thought to church musicians at all, but it makes for a background to the plot that is both unusual and fascinating, full of unsuspected drama. If you think the church setting promises a sedate story, worry not. Let us just say that these former hippies wear their respectable maturity very, very loosely, and are somewhat more naughty than the average twenty-something. I love this story. It&#039;s a good reminder that you are not done living until you are dead. And even then… :)