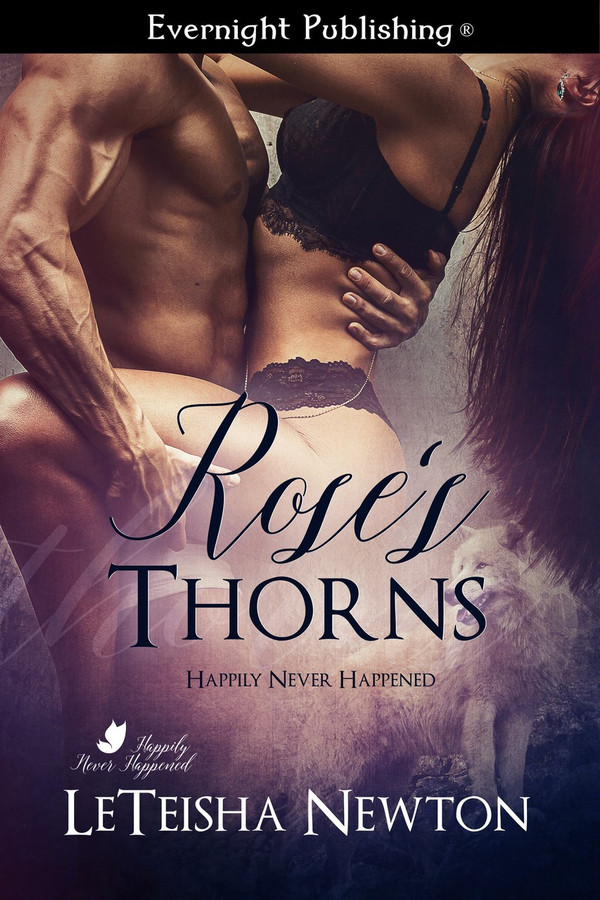 If you lost your Happily Ever After because the man of your dreams died, who could ever chase the nightmares away?

Rose has taken care of her pack for decades, and is fine surviving just for them. That was until her Fairy Godmother shows up to fix her greatest mistake—killing Rose’s Big Bad Wolf. Now Rose’s Dimitri is back, but he isn’t completely the man she has always loved. He's fighting to figure out who he truly is—all while setting her body afire.

Is Rose strong enough to make their love survive even death, or will her thorns push away the only man who could ever tame her?

Rose could barely catch her breath. He was here. He was real. Her Dimitri. Same cloudy grey eyes, the same dangerous smile that said he never took the world too seriously. He smelled the same, though there was an edge of ash and soot there, but he was solid, real. His heart beat the same as it always had, steady and strong under her fingers. He had held her close, and she’d found Rose’s nook, as he’d called it, on his chest. The same man, but he wasn’t. He didn’t know her. He didn’t understand. Hadn’t called her milaya moya, my sweet. He hadn’t thrown her over the nearest surface and made love to her until she couldn’t stand up for the next three days. He hadn’t lifted her off her feet just because he thought she might be tired standing.

He won’t because he doesn’t remember me.

All she wanted was the oblivion of his touch. She wasn’t sure what was worst, having only a memory of him, or having him here and she was the only one who remembered that they ever shared anything between them. She didn’t even know how they were going to deal with the pack. To them, he was their alpha. They didn’t see any difference in the way he smelled or looked. They knew it was him, but he had died. They’d all felt it, and, eventually, when the happiness that he returned had faded, they would ask. She would deal with that later. For now she just wanted him.

“Dimitri,” she said, stepping back against his chest.

“Hmm?” he asked as she kissed her way up the side of his throat, standing up on her tip toes to reach him. His fingers tightened on her shoulders, and then he growled, a low rumble that streaked through her and down to her clit in seconds. It didn’t have the undertone of a wolf, but it was close enough.

“Just take me,” she whispered against his skin.

This was another amazing fairytale for adults. I&#039;m getting very addicted to these types of stories :) In this book we learn about Rose (Little Red) and Dimitri (The Big Bad Wolf). Tatiana, the fairy bitch mother wants to right her wrongs and it&#039;s Roses&#039; turn. She offers to bring back the love of her life , Big Bad. The catch however is that he won&#039;t remember Rose or their past. His soul will be put into a new body, the body of a Phoenix. Join them on a journey as they find each other again and learn to love again.