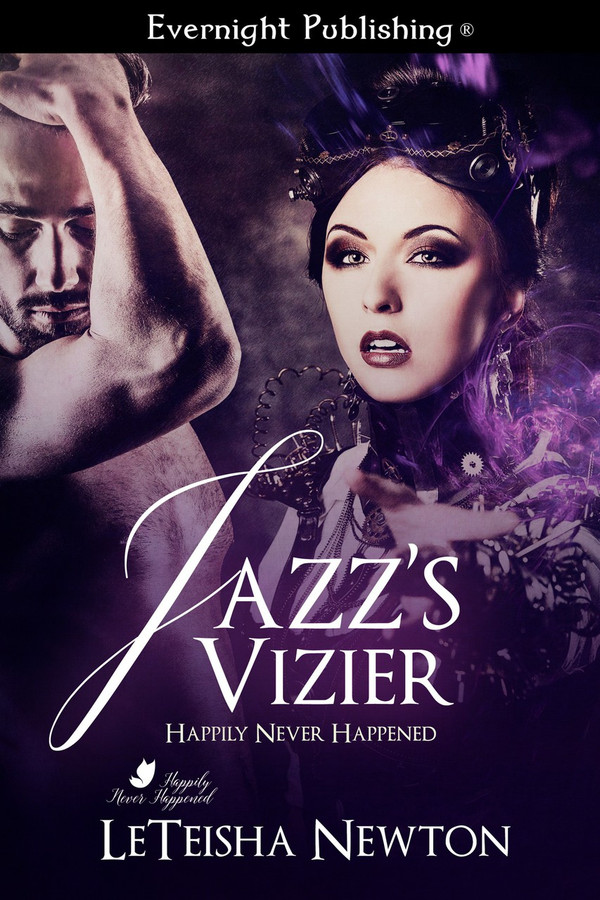 Jazz didn’t care one fig about love after that street rat gold-digging jerk tore her heart out. No, she’s content with being the financial mind behind Fantasy Ave and protecting it as fiercely as a tigress.

That was until Lysandros Sotiris walked into her office with the intent of buying into Fantasy Ave. And then Tatiana, Fairy-Godmother, had to stick her head in it. Now Jazz has to give Lysandros one week without any barriers, and preferably without any clothes, in order to keep Fantasy Ave. If she walks away she loses the home she’s helped build for the displaced women of Elsia.

But how can she fall in love when she doesn’t even know it exists? How can she trust herself to know if his love is worth fighting for?

“Look, let’s make it a business deal, Jazz. There’s a man here who has a proposition for you that you have already refused,” Tatiana began.

“And the answer will stay the same. I will not let someone buy into Fantasy Ave. You should already know the dangers of allowing outsiders in and know who we are, or notice that a few of us don’t age, or get in touch with their animal sides.”

“I know better than anyone, Jazz. I put you all here and helped make sure that Fantasy Ave was accepted and smoothed the way. What you’ve done with it was beyond anyone’s expectations, though,” Tatiana added when Jazz glanced at her with narrow eyes.

“So why would I give him a chance?” Jazz asked.

“Because he’s the man I should have given you all those years ago, and he’s the man who will make sure that Fantasy Ave is protected in a way that it isn’t now,” Tatiana said.

“Why don’t you just make sure of that? We had a deal.”

“I fulfilled my deal. Now I’m taking care of you all the way I should have. Elsia is dying, Jazz, and it’s all my fault. I shouldn’t have made the mistakes I did, but by giving back to all of you, I can save it, and restore what I broke. My proposition is this: give this man a week. One week, and in return I will make sure that he will safeguard Fantasy Ave in the market and on Earth tight enough that you will never have to worry about losing it to outsiders again. If you don’t, then I will allow him to take over Fantasy Ave.”

“You bitch,” Jazz yelled, jumping to her feet.

“Yes, yes I am, but it’s for your own good. You won’t do it if you don’t have anything to lose. If you don’t give this man a week, he will take over Fantasy Ave, if you do, you and the other women here will have it for centuries to come. Those are the only two choices you have.”

Jazz gritted her teeth, trying her best not to scream. She knew she hated Tatiana for a reason, and she hated her more now. None of the women of Fantasy Ave should risk losing everything they ever wanted just because this bitch wanted to have her way in their lives again. But Jazz couldn’t let that happened just because she was too stubborn. Tatiana didn’t say she had to fall in love with the guy, she just said she’d have to spend a week with him. She’d make sure it was the worst week ever.

Tatiana tsked, shaking her head. “I know you better than you know yourself, Jazz. Give this man a week, a true week. Sabotaging it will only make you forfeit in the deal. You have to do this straight up, as the business woman I know you to be. Anything less will leave you on the losing side.”

“You want me to give him a chance to win my heart?” Jazz asked incredulously.

“I hate you, and one day I’ll figure out how to destroy you.”

“Let me help all the women here with one final wish and I’ll die anyway,” Tatiana said. Jazz narrowed her eyes at Tatiana.

“Should have given me that option first,” Jazz said.

“I like this one better. Do we have a deal?”

“I don’t think I have a choice,” Jazz barked at her. Tatiana flicked her fingers and a cream colored sheet of paper appeared on the desk, glowing golden letters stating the agreement and all the points in which Jazz could either win or lose her deal. At the bottom was Tatiana’s signature with another line for Jazz.

“Have to do this right, don’t I?” Tatiana asked. She pinched the air and a golden pen appeared in her hand.

“Agreed,” Jazz gritted out and snatched the pin. She signed her name on the bottom of the document, feeling the burn of magic pulse through her fingertips as she signed. She knew right then if she did anything to mess this up, magic would immediately ensure that Lysandros Sotiris was the new owner of Fantasy Ave, and all the businesses that resided on it.

“I’m not doing it for me,” Jazz promised.

“I know, but you’ll gain the most out of it. And when it’s done, when you’ve gotten the man meant just for you, you’ll thank me, and Fantasy Ave will be that much better.”

“I’m just waiting for the day I can rip those pretty wings off,” Jazz argued.

“Have a good week, Jazz, for all our sakes,” was Tatiana’s only reply before she disappeared.