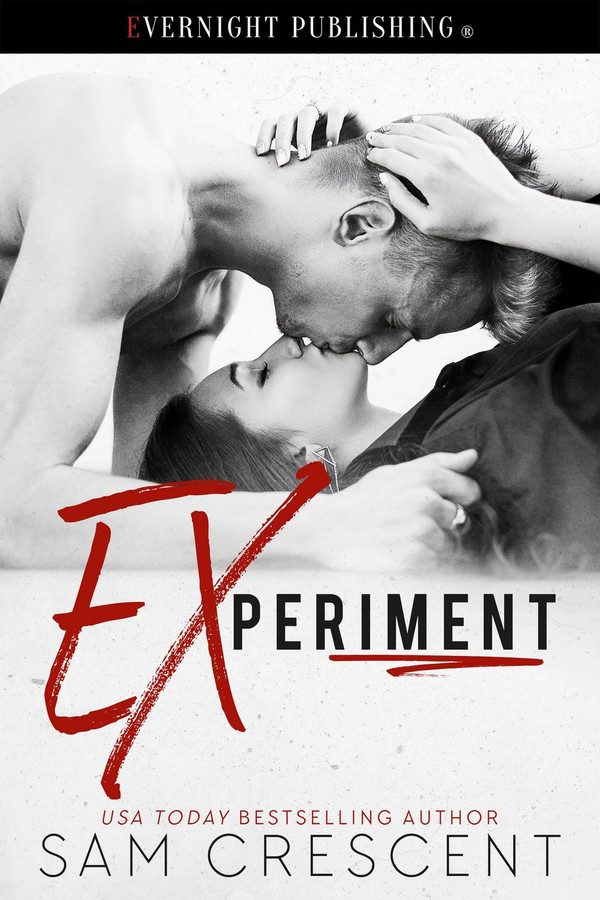 Nate Bridges has just made a big mistake. He has just taken Shawna Prescott’s virginity. She is not the kind of girl a jock goes for. His memories are the only thing he can have, and it has to be enough. He can’t have her.

Shawna is not going to tell anyone about her night with Nate. It was just one night, and she never has to speak to him again.

But when Shawna’s mother and Nate’s father reveal they are dating, trying to avoid Nate becomes useless. Nate and Shawna are now living together, and by some strange twist of fate, they find comfort in each other. With college around the corner, and their parents together, Nate and Shawna can either remain a secret, or tell their parents the truth.

How do they even feel for each other? Nate has never been in love before, and Shawna doesn’t know what love is. Is there a way for them to stay together after high school?

Nate didn’t know what happened to his careful planning, or why his dick was starting to harden, and all of his promises were out of the fucking window. He was not supposed to find Shawna attractive, nor was he meant to try to goad her into a reaction.

“Put your hands away,” she said, stepping down until she was a little shorter than he was. “Not going to happen, and you need to stop bringing it up before someone else hears you.”

“You won’t be the first girl I’ve screwed.”

She rolled her eyes, and he found her enthralling. It was like he’d never noticed her before, and now he couldn’t get enough. She wasn’t like any of the other girls he’d been with. Shawna wasn’t trying to impress him, or gain his attention. She wasn’t even trying to cause any trouble at school. Nothing had changed, apart from his weird obsession when it came to staring at her. Yeah, he didn’t know where that had come from, only that it had happened.

“And I bet I won’t be your last. I saw Amanda all over you. You’ll have a new girl by the end of the week.” She patted his chest, and before she could pull away, he locked his fingers around her wrist, stopping her from pulling away from him. “Let go.”

“No. You don’t want me to let go. I bet you’re already soaking wet for me.” He couldn’t help it. Staring into her brown eyes, he watched as they dilated, and with just a glance down at her body, he saw that her nipples were rock hard.

He was a guy, a teenager, and all he thought about was sex, and more sex. Right now, he’d gladly bend her over the stairs and screw her brains out. All day in school, he’d noticed her, and each time he remembered the cry of her release, the way her nails sank into his back as he filled her.

Stepping closer, he wrapped his arms around her waist and pulled her close. Resting his hand on the base of her back, he inhaled her subtle perfume.

She pressed her hands against his chest. “You really need to let me go.”

“Or maybe I should do what I’ve been thinking about all day.” Moving her toward the wall, he slammed his lips down on hers, and did what he’d been wanting to do. He pressed his dick against her soft stomach, and caught her hands, holding them up above her head. Biting at her lip, he plundered her mouth and tasted her once again.

I voluntarily reviewed a copy of this book I have to say when I first started reading this book I was not a fan of Nate, but as the story went on he won me over. Because when you are young all you want to do is fit in with your friends, you don&#039;t want to be the odd one out. This story was exactly what I expected from Sam Crescent. I liked the fact that Shawna wasn&#039;t a walk over and that she stood up for herself when she needed to. But also that she took ownership for her feelings and what she wanted. Shawna and Nate didn&#039;t want to be to be together because they were scared to upset the balance in high school rules, but they couldn&#039;t deny their feelings and how they were so right for each other. Loved it

I loved this book. Loved everything about except... it left me wanting more!! So sweet. Their growth of love was beautiful. Knowing that they have 5 babies was nice. I was just so into it i didn&#039;t want it to end.

Another awesome book by Sam Crescent. STEAMY HOT and LOVED IT. Once I started reading it I couldn&#039;t put it down.

Just another great love story by Sam crescent, love love her story&#039;s. This is about a jock and a nerd, Nate was a football player and Shawna was a plus-size nerd. Their parents was dating and one weekend they hooked up even though Shawna was a virgin but Nate said not to tell any one but there was a connection that Nate nor Shawna could not stop. So they thought the Experiment that just kept them just friends with benefits but love was always there, Nate was at first didn&#039;t want anyone to know be cause of the different groups of friends, but with Shawna he wanted everyone to know it was so great the beautiful story of jock and nerd love! Would recommend this book to all romances readers!

I know this is about young adults, but what I got from this book was two people getting together and falling in love and having a life together despite what their friends think . Changing the way they think as well. The whole jock and nerd never socializing thing. A great romance story.

Sam Crescent does again... 5 stars all the way!! Nate and Shawna had me going through so many emotions and I loved every second of it!! Gotta love those gut clenching moments of love and jealousy Nate and Shawna had. Truly enjoyed Experiment!!

She does it again! Sam Crescent is Queen of short dirty reads, with just the right chemistry and build up. Loved Nate&#039;s and Shawna&#039;s story. Amazing from start to finish, just what you expect from a Sam Crescent book.

It was awesome read. Though, at the beginning I was a little disappointed in Nate. But that quickly changed and he won me over. I wasn&#039;t even bothered by that he fought his feelings for Shawna. It was kinda cute. I loved connection between Nate and Shawna. I could feel it and it was strong.