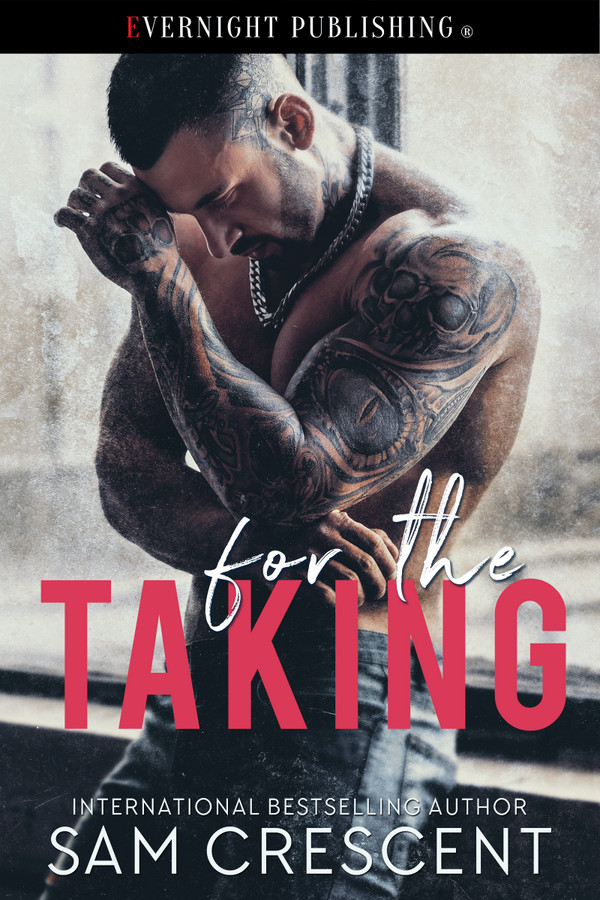 Ten years ago, Riley Lord lost everything. He watched his boss murder his pregnant wife in cold blood for a stupid mistake. Left for dead, Riley vows to kill the man who took everything from him—and intends to die in the process.

Meghan Short doesn’t want to get tangled up with one of the most dangerous men in the city. When she rejects him, she knows she has to skip town. She makes one mistake and is taken, beaten, and being prepared for much worse when Riley comes to her rescue. He saves her. Helps her. Then of course, he leaves her. It’s the story of her life.

When someone is sent to kill Meghan again, Riley is there. He couldn’t walk away from her. He was supposed to. His life wasn’t meant to have complications, but … now he has Meghan to protect. He was supposed to die to get his revenge, but Meghan has gotten under his skin, and he can’t imagine living without her, let alone dying for someone else.

Will Riley kill the person who took from him, or finally find peace and love with the woman willing to risk everything just for him?

She waited for the snores, which didn’t come.

His lips licked at her neck, nibbling on the most sensitive part of her flesh near her ear. She closed her eyes, and he rocked just a little bit.

“Do you really think I’m done?” he asked.

His voice sounded so dark and full of … promise.

She shivered with pleasure.

“I promised you a night to remember, baby. Believe me, I may have come, but I’m ready to go again.”

His cock was still hard, not as big as it had been, but there.

He lifted up, and she stared into his eyes, the ones she found so capturing. “I’m not even close to finishing yet.”

She wasn’t going to stop him.

He knelt up, his cock still inside her. He grabbed her knees, pushing them up, and as he eased out of her pussy, he moved her legs up to her chest and she watched him.

“Now that is a pretty sight.”

“Keep your legs there.”

Again, she really should tell him she wasn’t on the pill, but why spoil the moment? Neither of them was going to last long. She didn’t see the point in bringing them back down to reality, and besides, the last thing she wanted was to force him to make a decision when it came to her, and the potential of a baby.

She gasped as his cock pushed back inside her and he pulled out.

“I like to see a woman full of a man’s cock. One day I’ll make you watch as I fill your cunt.”

He changed positions so he was the one sitting against the headboard and she was straddling his lap. He held onto her hips and began to lift her, moving her up and down on his length.

“Fuck, yeah, baby.” His gaze was where they were joined, and she stared down. Their combined releases were on his cock, leaking down onto his pelvis. “Remember, leave the prudish bitch at the door. I don’t give a fuck what mess we make. It’s sex. It’s not supposed to be clean or neat. It’s cold, hard fucking at its finest.” He cupped her tits, and she tilted her head back as he licked at each hard nipple.

Riley is a man who lives for one thing; revenge. The man he once was died on the floor where his wife was murdered. He has spent a decade going after the man who murdered her and his unborn child. He has been on the same path, until Meghan. Meghan has never had anyone who cared about her or took care of her. When she declines the attention of a dangerous man, he decides to show her what happens to a woman who says no. As horrible as it sounds she thinks is is the best thing that has ever happened because it brought her Riley. Who knew the word no could rock the world. Now Riley and Meghan found in each other what they never had with another, but destiny is right around every corner. Life or Death? Everyone has a choice to live or die; will Riley and Meghan have forever or only a moment? Riley is a man on a mission and the reader will wonder throughout the story what he will ultimately decide. I loved Riley because who can pass up a man who loved a woman so much he spent ten years and was willing to sacrifice his life for his wife no matter what she had done? Meghan is written in a way the reader can feel her pain of never being loved yet still willing to understand the need in Riley. I enjoyed the characters of what I thought was going to be a dark story, but really it became a sweet love story with a bit of spice.

This book has made it to one of my top favs of 2019 so far! It&#039;s impossible to not be wrapped up immediately in the story of Riley and Meghan. Once this story begins to unfold, it&#039;s fast and keeps your wanting to know more! I cannot say how many times I was literally furious for these characters but just when I found myself angry, Sam Crescent manages to turn bad into good each time! I look forward to reading what else Sam Crescent has in store for us. Well done! I voluntarily submitted an ARC review for this book.

The first part of this book was really emotional as we see Riley at a critical stage in his life. Left to die but surviving, he plots his revenge against the man who ruined his world. 10 years later, Meghan has said no to the man no one says no to. Taken, beaten and bruised, she is ready to die when Riley steps in to save her. Now the fun begins. The banter between these two is so great to read. Riley is a very dominant man but Meghan has a strong backbone and doesn&#039;t put up with much from men. They are in a race to save Meghan&#039;s life and all Riley wants is to get revenge who ruined him 10 years ago and is after the woman he is suddenly very aware of. Danger, mystery, and some really hot sex made this a page turner. Will Riley get his revenge? Well, you&#039;ll just have to get the book to find out!!

Taking Her Innocence by Sam Crescent and Stacey Espino