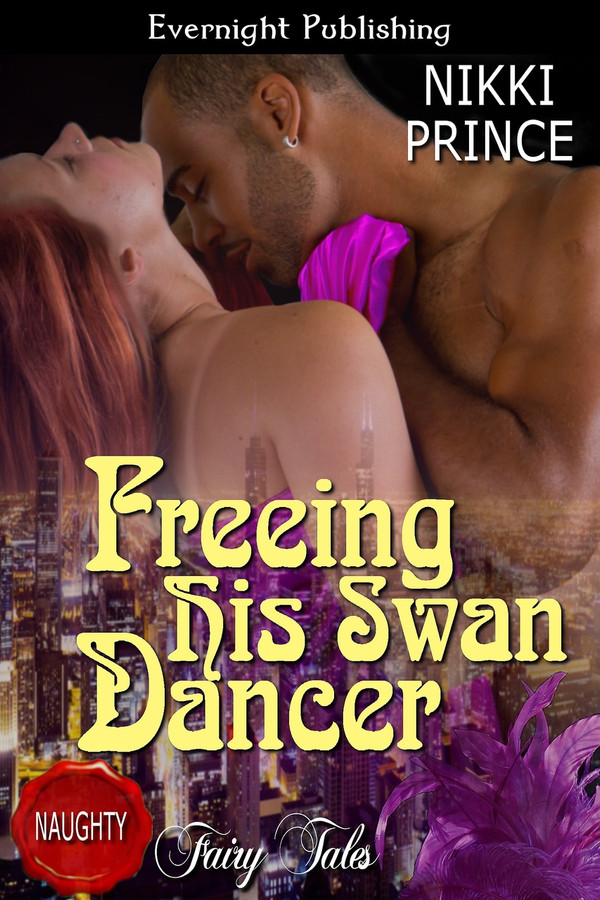 Once Upon a Dream, 5

Odette Dubois is running from her past so fast she can't see the future standing right in front of her. Dante Roberson has stood on the outside looking in for far too long. Odette is his and he's going to make sure that she understands that. What will happen when the two collide?

Fearful that her past will come back to haunt her, she refuses to get involved with Dante. She fears her imprisoned ex, Jace Rothbart, and what's he's capable of. He tried to kill her once, why not try again?

Dante he will show Odette she has nothing to fear. When the past sneaks up to haunt them, Odette and Dante must band together with help from their friends to survive.

“Shit! You scared me,” she hissed softly so that her son wouldn’t hear.

“I called your name; you must have been engrossed in deep thought. Why so jumpy, babe?”

“Stop calling me babe and please just back up.”

“O, don’t be like that. I haven’t been this close to you in weeks. What’s the problem?”

With a soft huff, she turned around and turned off the fire under the food. She could tell getting him to just stop without burning the food wasn’t going to be an easy task. He still hadn’t moved, and she gasped suddenly as he once again invaded her space.

He put his hands on her waist and tugged her close. She could feel the hard contours of his body through her thin sundress, and the electric heat of his touch sizzled right down to her clit. His erection pressed into her stomach through his clothing. Damn, I don’t need this, can’t handle his touch.

She pressed her hands to his chest to ward him off. It was too bad for her that his chest was hard as steel and just as hard to budge. She looked up into his handsome face and was mesmerized for a split second until he leaned in to kiss her. She gasped and turned her face away so that his full lips just grazed her cheek.

She knew she was stretching it. Dante had stopped being friends with Jace a long time ago. She was grasping at straws to keep him safe.

“His ex-wife and he’s my ex-friend. Period. You want this as much as I do.” He grasped her hand in his and placed it on his cock between them, and both of them groaned in unison. “I could take you right here, so hard and so fast our heads would spin. Just think about how good my cock would feel inside you as I thrust so deep. Deep enough that as I kiss you I could fucking taste myself.”

The pressure of his body kept her hand locked against him, and he rocked into her grip. The touch of his lips to her shoulder as he licked and nipped made her heart speed up, and she whimpered. “Tell me you don’t feel our connection. That you don’t desire to be fucked within an inch of your life.”

Odette allowed herself to be lulled into the sexual atmosphere between her and Dante. It had been way too long since someone made her body sing like this. Truth of the matter was that Dante had a way of making her forget herself and need things that only he could provide. He was right they had a connection. She’d never denied that. What she shied away from was deepening her relationship with him. She was all wrong for him even if he was all right for her.

“You have me so hard I’m close to shattering into a million pieces.”

That was a big revelation coming from a man who was in control at all times. His dominant side was naturally nurturing, and he cared for those in his life before himself. It was empowering for her to know she brought him to the edge.

Leaning up, she whispered in his ear, “You’d come in my hand if I let you, wouldn’t you?”

“Fuck yes, I’m that ready and in that much of a need for you.”

Always one to improvise she grabbed a few wipes from the container off the counter they were next to and then tucked them between her breasts. They would be used to clean him once he came. His words spurred her on, and she brought her other hand between him as he moved a little away from her and she undid the zipper of his jeans. Glancing down she took her hand and slipped it inside his boxers and freed his cock. He was pierced, and she licked her lips. She stroked the tips of her fingers over the titanium ring. Once she had him fully within her grasp she glanced over her shoulder to check on Jamie. Her son was so engrossed in the television she had every confidence that she could do this quickly.

“You’re leaking…” she whispered softly. He was long and thick, and she loved to look at his cock.

“Yes, I’m leaking for you and because of you. Jerk me off.”

It was a command. What a thrill she received from his commands. She started slowly at first and then sped up, wanting to get him off. His breathing became harsh the closer he got to coming. Faster and faster she stroked, loving that he moved with her rhythm. It didn’t take long from that point, and he was groaning deeply as he shot off.

Freeing His Swan Dancer is the fifth book in the Once Upon a Dream series by Nikki Prince. I chose this book because of the combination of paranormal elements and BDSM made this book appealing to read. Odette Dubois has had a rough life. She is running from her past and unwilling to endanger anyone. Odette is a strong woman trying to make sure the one man she loves, Dante and her son are safe. She puts everyone a head of herself. Odette ex-husband tried to kill her and in the process hurt the one man that tried to help her. Now Jace Rothbart is in prison and he teams up with a demon to torment Odette. The chemistry between Odette and Dante is scorching. Dante Roberson is in love with Odette and does not know how to get through to her. Dante does a great job no matter how frustrated he gets it never shows. He keeps on trying to make her understand how much he cares. The sex scenes were blistering. I enjoyed this book but I would have liked it more flushed out. There seemed parts that were rushed and others seem underdeveloped. The main and secondary characters were interesting and engaging. Overall, I enjoyed this book a lot. I can’t wait to read the next book in the series.

Freeing His Swan Dancer is a both a great novella in its right and a wonderful addition to the &#039;Once Upon A Dream&#039; series by Nikki Prince. Freeing His Swan Dancer is an interesting twist on the The Swan Princess and is one of my favourites by this author. The characters are so developed you (in some cases fear and others you hope) feel you know them... That they are real people simply being journaled about instead of a sexy story to enjoy. The sex is hot, the passion unrelenting, the story telling simply delicious. Ms Prince has again wowed me with her ability to tell erotic short stories that have immense heart and driving growth for the characters. And the sex.... mmmmm.... H O T! This is the perfect sexy read before bed. It&#039;ll guarantee the best dreams of your life, lol.