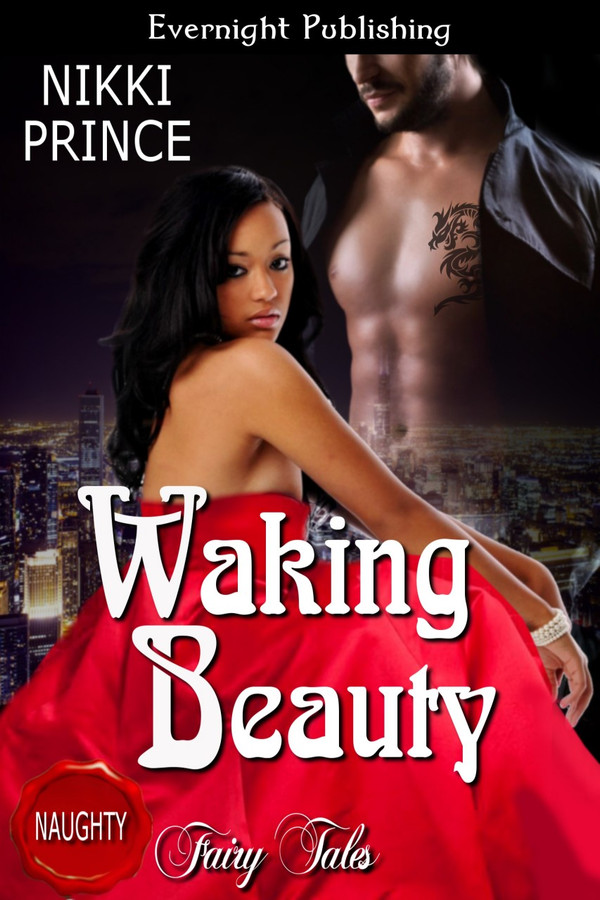 Once Upon a Dream, 1

Aurora Devine's libido has been asleep for over eight years. She's had the curse of not being able to have the big O since running away from her Master, Felipe Santiago Castro. The last time she came at the hand of a man was with Felipe.

She's convinced the only way she can find peace of mind and pleasure is to go to Once Upon a Dream Fantasies. Aurora signs up,  asking for everything she's lost eight years before to be fulfilled in a fantasy.

Felipe wants to show Aurora that he's the only fantasy she needs. He'll do anything to have her back in his life as his submissive. He plays along and gives her the fantasy she wants, but in the end hopes she'll realize that her submissiveness calls to his dominance and they're a matched pair.

The quiet continued on for a few moments longer before finally she couldn’t stand it any longer.

“Yes, Beauty, I’m here.” The voice was deep and the accent Spanish. They’d given her what she wanted. It wasn’t Felipe, nonetheless he’d do. She could pretend it was him. Only Felipe could make her come. The fantasy, if kept alive in her mind and in her heart, would make everything okay. She had to believe that. She couldn’t continue the way she was going. Hopefully just dreaming of Felipe as she was being touched would be enough.

She let herself live in the fantasy. This wasn’t a random stranger: it was her Felipe and he’d come back for her.

“I see you followed all of my instructions to the letter with exception of one.” His voice was stern and she squirmed.

She heard the tsk-tsk that he gave. “Don’t bother to explain. I told you there would be consequences, didn’t I?”

“Yes, but?” How on earth did he know she’d touched herself?

“No buts, Beauty. When I give my word I mean every bit of it. So you will be punished. There is no other way around it. I give what I promise.”

His words exhilarated her and at the same time scared her. This was what she wanted and he was going to give her exactly that. He reminded her of Felipe in so many ways. “Now … do you understand, beauty?”

“Yes, I understand…” She didn’t know what to call him. From what she could hear he was moving about the room and he hadn’t tried to touch her yet. It was making her antsy.

“You should know what to call me. What did you put down on your paperwork?”

“I put Amo and señor.” Those two words were what she’d placed on the form. Amo and señor were what she used to call Felipe. Amo meant master and of course señor meant sir. She did say she wanted this to be as real as possible. This place didn’t half step at all. They followed everything that the client wanted.

“Then that is what you call me when you address me, Aurora. Is that understood?”

Damn, she really could believe it was Felipe. The accent was to die for. She let out a startled gasp as she was picked up by strong hands and held against an even stronger feeling body. In the next moment she was laid across his lap on her stomach. His fingers swept over her lower back where she had her tramp stamp.

“What a beautiful tattoo, Aurora.”

“I got it on a whim, señor.” It was vines on either side with thorns and a rose that dipped into the middle near her ass.

“Briar Rose,” he whispered softly. His words were so light that she almost thought he was talking to himself. His fingers traced lightly over the tattoo and then there was a stinging slap to her ass.

“What are you doing?” She couldn’t help the startled gasp that escaped her as the sting from his palm resonated through her whole body. Her words were given in her shock.

“I think you know what’s happening.” His palm rested on her bare ass and she squirmed.

“Stay still.” The command was given and she immediately obeyed. His large hands stroked slowly over her ass.

“What instruction did you disobey, Aurora?” All the while he rubbed his hand over her bare bottom as he spoke. It was soothing as much as it was delicious.

“To not touch myself.”

“That’s right, my beauty.” She squealed from the first smack on her ass by his palm.

“While you’re here, this is my ass, my pussy and my breasts.” With each word he slapped his hand against her backside, making her moan. Her butt was stinging from the spanking. Granted, it was in a pleasurable way. This paddling didn’t repulse her. In fact, she wanted more.

“Do you understand, beauty?”

He gave her another rapid succession of slaps against her bottom. She found herself rocking her body into his lap.

“Yes, yes, señor. I understand fully.” Her ass was burning as she was being spanked as if she were a petulant child, and she loved it. Each slap set off an electric current of sensations that went straight to her clit.

Aurora has thrown herself into her work to hide from the pain and emptiness she feels since she broke it off with Felipe. He was the one man that could give her pleasure, but the cost of what he wanted was too much for this beauty to pay. Her submission? Never! But could she really live with giving up the only thing that made her feel alive? I understood where Aurora was coming from. This hot little number has quite an interesting outplay!! Great before bedtime read!

As a fairy tale lover, the premise of this naughty tale caught my attention from the start. A contemporary read that has magic woven into its fabric made this story magical but without detracting from the reality of the character’s situation. Master Felipe, and submissive Aurora haven’t seen each other for over eight years, but neither has forgotten the other. With a little nudge from Dr. Fairee (I loved the twist on names the author created), the characters reunite. The magic takes a secondary role as emotions come out to play: Fear, lust, passion and love, appear with the reunion of Aurora and Felipe. Together with this array of emotions, Nikki Prince creates images that made me sigh, smile and pull out a fan (the scene on the bedroom swing left me reeling, wow!). The only error I found within this book was an editing mistake. As a BDSM novel, as far as I understand it, the words Sir and Master should be capitalized. More than once I tumbled upon the word “Sir” written all in lower cases. A minor mistake, but distracting nonetheless. A sizzling naughty fairy tale, Waking Beauty is book 1 in a series that I will be looking forward to reading in the future.

Aurora has a fantasy to live out, she hasn’t had the big O in a very long time. She signs up with the Once Upon a Dream Fantasies hoping to fulfill her fantasy of a big strong dominant man, just like the one she ran away from eight years ago. Felipe is who she ran way from, and he has been watching over her all this time, and will be the only one to fulfill that fantasy. He wants her back as his submissive but he also has to make her realize that being submissive is not being a doormat, that he likes her being a strong woman. I really enjoyed this story, how Felipe eases her into her submissiveness and shows her she is not weak. He showed his love and that he would be with her always, such a tender love story, make me sigh at the end. Can I say how much I also enjoyed the endearments he used, so sexy!

What a totally awesome story. I loved how the author has weaved magical words together through this adult fairy tale. Dr. Fairee has unique abilities to help people create their wildest fantasies. Aurora and Felipe prove that anything is possible if you just quit fighting against it. Can&#039;t wait to read more by author, Nikki Prince.