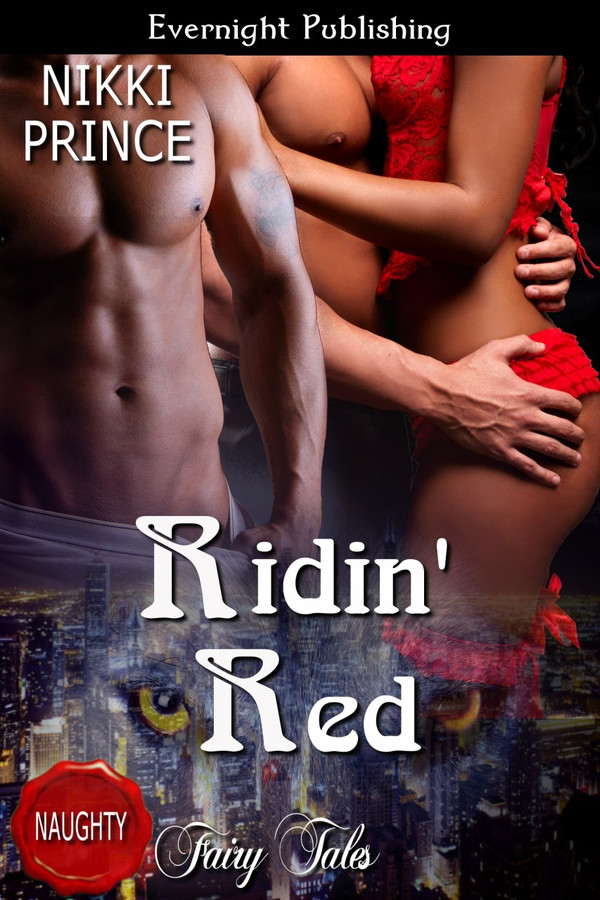 Once Upon a Dream, 3

A race against biological time...

After being used to a life of luxury, Anastasia Trumane has the silver spoon ripped from her mouth. And she couldn’t be happier. Hard work fills her with unexpected pride, opening a world of new beginnings and hopefully redemption for her past. But when she sees her old Dom, Lucien Wolf, old hurts surface.

Lucien Wolf is a Dominant who gets what he wants. He’s found his mate in Bruno Hunter, but their bond isn’t complete. They both need Anastasia. Years ago, Lucien unknowingly started the mating bond with Anastasia. An unbreakable bond. One that would hurt them all if not completed.

One woman, two wolves, a triad forged in kink.

Who on earth could that possibly be?

“Just a second,” she called out.

What if something had happened to Dru? As much as Dru pissed her off, she didn’t want anything to happen to her. She hurried to the door, unlocked it and jerked it open. Her eyes widened, and she stood there with her mouth agape.

Still she couldn’t find her speech. Her fantasy come to life stood in the doorway. The pet name he’d given her flowed like honey off his tongue.

“No!” She proceeded to shut the door, and he stopped it with his booted foot.

“Leave, Luc. We have nothing to say to one another that hasn’t already been said.”

“Is that any way to treat an old friend?”

“Friends? Is that what we are?” Why does he have to look and smell so good? Why is he here?

“We were more than friends once, Red.”

“I seem to recall you’re the reason that ended. Now please, just go.” He didn’t budge, and she let out a sound of frustration. They’d be at this all night; he was as stubborn as hell. She held the door open. “Come in and say what you want, then go.”

“Don’t thank me just yet. I may just fucking kick you in the balls as retribution.” He entered the suite, and she closed the door, turning to watch him warily.

“I’d more than deserve that.”

“Get to talking, Lucien.”

“Since our encounter at the club, you haven’t been far from my mind.”

She gave a small sniff. “The fuck you say.”

He held up his hand. “Please let me finish.”

She sighed and crossed her arms over her chest, focusing her eyes on the lamp just behind his shoulder. Never him. If she looked at him, all would be lost. Just being this close to him had her heart racing. It was so loud she marveled that he couldn’t hear it.

“Finish, please. I was just about to read and turn in for the night.” Damn, she sounded so exciting.

“The Ana I knew didn’t turn in early.”

“You never really knew me, Lucien.”

“Fair enough. I want to remedy that. Let me get to know you.”

She brought her eyes to his quickly. “You’ve got to be fucking kidding me, Lucien Wolf.” That was when she noticed he’d taken advantage of her not looking at him and was now only inches from her. She stepped back until she was forced against the door.

“You smell so good, Red.” He wasn’t touching her yet, his hands on either side of her head on the door. His lips inches from hers, his warmth emitting from him, the unique scent that was his wafted about, and she groaned. He put his nose to the pulse at her throat, and she whimpered.

“Stop…” It sounded weak even to her ears.

Those words galvanized her into action, and she pushed against his chest. Of course, he was resistant and didn’t budge. The heat of his skin through his black t-shirt seared her. She drew her hands away and fast.

He grabbed one of her hands and placed it back on his chest over his heart and held it there all the while his ice-colored gaze held hers. He made her feel so small in comparison. At 6’6” he dwarfed her.

“I don’t have time for games, Lucien. Stop this. Whatever this is, you need to stop it.”

“Feel my heart, Ana, my sweet.” His heart beat strongly beneath her fingers, the cadence mesmerizing.

“No, listen. It was a mistake to make you leave. I tried to stay away, but seeing you a few weeks ago just brought to light that I shouldn’t have ever let you go.”

“Cinda told me where you were. I asked her, though it took a bit of cajoling. She didn’t understand how I even knew you.”

“I kept my time with you my secret. I didn’t share it with anyone, least of all Cinda. She and I, if you haven’t noticed, aren’t close. Though that little problem is mostly by my design and Drusilla’s,” she half-muttered to herself.

“Listen, Red, I know I don’t deserve to ask you this, but I want another chance.”

“I’m not the same person, Lucien. You said it yourself. There is no going back.”

“I’m not asking to go back, baby girl. I’m asking to go forward.” He cupped her cheek, and then stroked his fingertip along her earlobe. She shivered. It was his signature move with her and in the next moment his hands were at her throat. He used his thumbs to stroke up and down both sides of her neck as he held her. She bit her lip in reaction. The years slipped away, and she was a submissive to his master again. There was a time when she’d have done anything he asked. Had that changed? It was a question she didn’t know the answer to, least not yet. Part of her wanted to tell him to leave, to never come back. The other part of her wanted to hold on tight to him and never let him go.

“Luc, some things we are never meant to go back to.” All the while what ran through her head was not looking him in the eyes. There was something about his gaze that seemed to capture her soul.