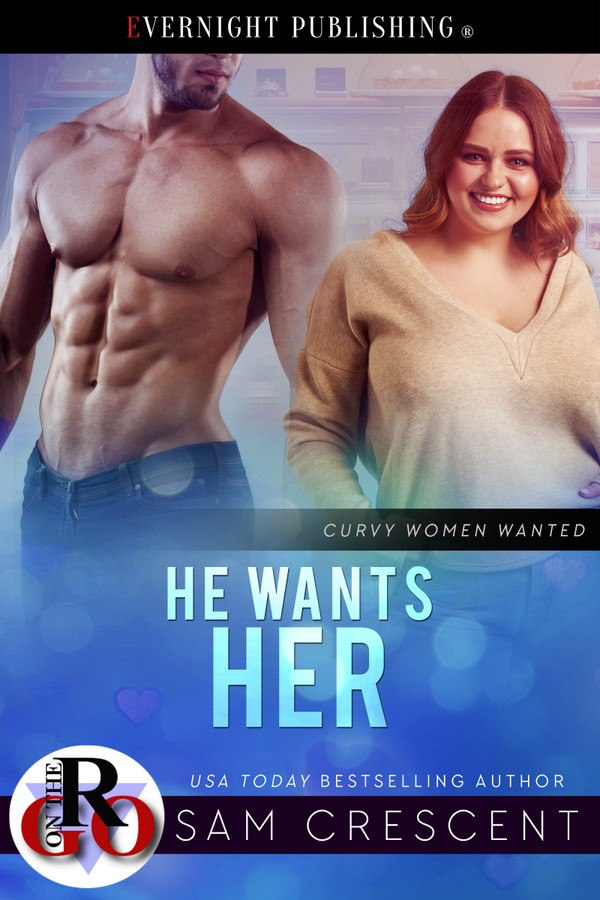 Sally Bright has worked hard to make her bakery a place for people to enjoy good food. Then out of the blue, Hank Owens decides to come back to town and open up a bakery across the street from her.

Hank is sexier than she remembered, but he’s also the competition. She isn’t going to fall for him, not ever. He has no intention of putting Sally out of business, and what he really wants to do is get her into bed.

She’s drawn to him, and there’s no denying the attraction. It feels right to be in his arms, his bed, and his life. One moment, they’re enemies, the next, they’re in a relationship.

Hank wants a wife, a family, and he wants it all with Sally. Will she be able to handle his proposal?

“I didn’t know what I was expecting.”

He snorted. “Oh, please. I know what people think. I’ve read the papers and stuff online. I know they all know I’m wealthy. Why not go and pick a house with twenty-five bedrooms, six kitchens, and all that. Believe it or not, Sally Bright, I’m a simple man at heart. I don’t want a museum. I wanted a home.”

“You know a lot of women would fall for that line.”

“Oh, I’m a sucker for it. You sound sexy and like a feeling kind of man.”

He chuckled. “I’m telling you the truth.”

“And I do believe you. I know you don’t have anything to hide or to gain. This is your idea of a family home?” She had to give it to him, it was one hell of a home. It wasn’t small, but it would be perfect to raise a family in, which was what she imagined he was going for.

“And you want a family?”

“If you want this so much, why don’t you already have a family?”

He popped the lids off the beers and handed one to her. She took it from him and had a couple of sips. It was nice, tangy. She looked toward him, waiting.

“Money can’t buy everything. Sure, I can get the woman, the kids. I can have it all here, but it would all be fake. I’m not interested in fake. Never have been. I’m interested in real. That’s all I care about.”

“Yes. Real. I’ve yet to meet the right woman who wants to settle down. Have fun. Enjoy life. Kids. That’s what I want.”

“What about your health?”

“The reason I’m here is because of my health. I’ve got to slow down or I’d end up dead. I know you’d love to see that, me being your competition and all, but it’s not going to happen.”

“I don’t want you dead. Don’t say anything like that. Your health is important, far more than any silly competition.”

“Then can you help a sick man?”

She pressed her lips together, trying to contain her words. “What?” She squeezed out.

“Will you fuck this very sick man?”

“You’ve got a dirty mouth on you.”

He sank his fingers into her hair, tilting her head back. She looked up into his eyes, waiting for what he was going to say next.

He ran his thumb across her lip. “Do you have any idea what you do to me?”

“You drive me so fucking crazy.”

She cried out as he took possession of her mouth. In the next second, her beer bottle was removed from her grip and he had her standing, kissing her deeply.

His hand left her hair and moved down her body to cup her ass. She moaned and he picked her up, carrying her toward the stairs.

“The city certainly didn’t clean up your mouth, did it?”

He kicked open a door and dropped her onto the bed. He followed her straight down. His hands went to her hips, keeping her in place as he ravished her mouth.

She moaned his name, not wanting him to stop.

Awesome.. Sweet, sixth it .. He loved her and went after her. Won her and they lived HEA .. With their kids

This was a sweet story between Hank and Sally. They&#039;ve known each other since school and Hank went off to make his fortune. When he comes back and opens a bakery across the street from Sally&#039;s own bakery, she is worried he&#039;s trying to run her out of business. Not a lot of drama, but he is going to have to prove to her that he&#039;s serious about a relationship with her. Can he do it? Short, sweet and I loved it!