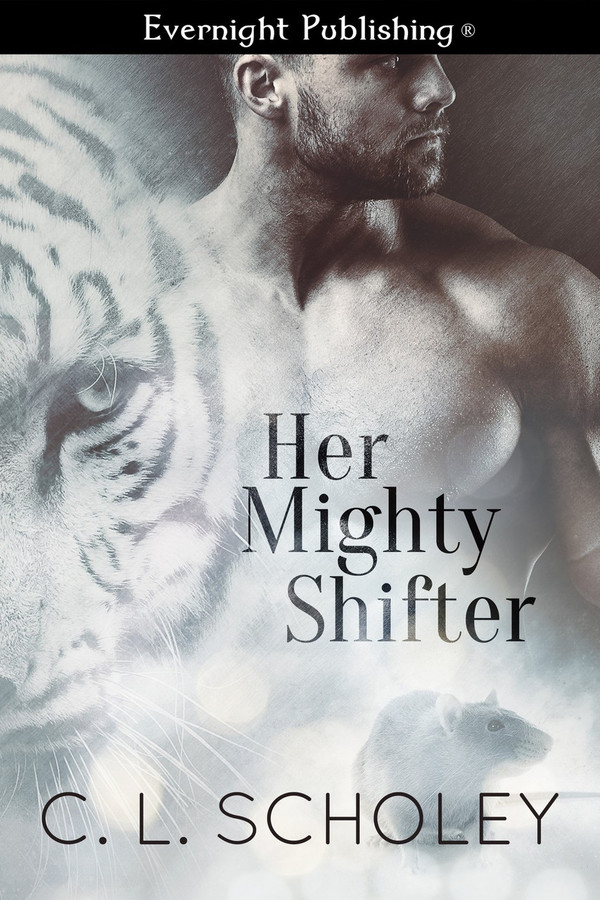 Not only does Posy find out she’s mated to an alien shifter, she’s mated to the most terrifying creature on Earth. Not even in human form is the six foot six powerhouse as frightening. When Maximus whisks Posy away into the jungles of Africa to find his way home to Ricafa, she’s confronted with shifter hell. Everywhere she turns creatures of the day and night conspire to kidnap her. Posy has no idea her body is considered a prime vessel, receptive to any kind of being. Able to bear any kind of offspring. The only thing the buxom female has going for her—her right cross.

“Three against one, boys?” a voice said from the darkness.

The man on the ground rose to his knees and peered behind his buddies. “Get lost.”

“I already am,” a man’s voice said and directed his words to Posy.  “Ma’am, my name is Maximus.”

There was a deep growl to his tone, and for a second Posy thought she again saw the image of a massive cat. A tiger, out here? And at the wedding? Not possible. Posy couldn’t help but blink when a man stepped from the shadows. She managed to get a hand free and slapped the face of one of her aggressors.

“Damn you, bitch,” the man yelled.

He made a move to slap Posy. Before he could make contact or Posy could fend him off, the man’s fist was grabbed and a crunch resounded in the alley when Maximus broke his arm. The man screamed in agony and fell to his knees.

“I can take care of myself,” Posy insisted. She slapped her other aggressor in the face to make him release his death grip.

Another fist was thrown her way and another arm was immediately broken by Maximus and another man was down.

“I said I can take care of myself.”

“Ma’am, you keep slapping them and they keep trying to hit you.”

The last man of the trio was up and grabbed Maximus around the waist, and with a yell he lifted him off his feet, ran, and then slammed him into a garbage bin.

“I didn’t slap him,” Posy called out smugly, waving a finger in their direction.

“No, ma’am, you messed up his junk some,” Maximus said, groaning, and he smashed his fist into the other man’s face sending him to his knees.

The man struggled to his feet, and all three backed away, each limping or cradling an injury to return to the bar door. As it opened Posy heard one of the men yell.

“Get off the fucking phone, I need an ambulance.”

The door swung shut and drowned out the music.

Posy marched over and rose to her toes, still not reaching his six foot six, to yell in Maximus’s face. “I was handling it.”

Posy growled, spun, and began marching away. To her annoyance Maximus was hot on her heels.

Posy stopped. He was a huge ass bastard. Dark eyes and short dark hair. Broad as sin. He was cute in a cutthroat assassin kind of way. The sad puppy eyes were a bit over the top when he gazed at her.

“You’re not some stray I can take home,” Posy said.

“Ring around the rosy a pocket full of Posy,” he chanted.

“Asshole, asshole, I hope you fall down,” she chanted back. Posy began to walk away. For a second her feet entangled in her dropped handbag. She bent to retrieve it and heard a low whistle, obviously aimed at her ass.

Maximus sounded a bit sinister, and Posy paused. Her handbag dangling half on the ground she counted to ten and turned around about to begin a confrontation. Maximus was gone. The street was deserted, eerily quiet. She scanned left, then right. He’d disappeared.

Mrs Scholey has done it again. I was laughing so hard throughout this book. The story was well told I hope she writes more about these shifters. If you like a a book with a happy ending scorching sex and out right gut busting laughter then this is the book for you . I recommend this book to everyone.

This was a fun read, I wish it didn&#039;t cost so much for a short story but iam glad I got it, a series of moonbeam shifters would be great, Posy is my hero lol thank you for the story

Posey has had a bad day. She was in a bridal party from hell, her car won’t start, she has a mouse in the house and being kidnapped by aliens completes the day. But this plus size beauty is up for it all with her sassy attitude and fighting spirit. She will get through all of that because she is a prize. She is being able to mate any alien shifter. Maximus and his crew came to Earth to find mates, but something happens. There shifted forms changed on Earth. Instead of being a white Saber tooth tiger he becomes a white mouse. For a six foot plus alien that’s a big change and Posey hates mice. But she might be his mate if he can get her back to Ricafa and find out what’s going on. It’s all up to a moonbeam and a Mighty Mouse to save the day. This short book is funny and hot. Posey is strong. She takes no lip and is a fighter. About anything comes out of her mouth and does. I loved some of the name she calls Maximus about being a mouse. Maximus just wants a mate and family. He is a great hero. He takes being a mouse with a grain of salt even though he gets gruff from Posey and his best friend. He is kind and strong and defends her when sometimes he doesn’t have to and wants her to accept his world. “Her Mighty Shifter” is a great book that is sure to leave you with a smile on your face. Thanks for the laughs.

Prepare for a delightful short story fantasy that will make you laugh and take you to another world. I hope this fun short story is the beginning of a series as there are so many characters that I would like to get to know. If you like to laugh and want to escape to paradise for a little while, then this story is right for you.

Loved this, hard to right a review without spoilers, but I will give it a shot. Slightly large woman, who isn&#039;t ashamed of her body and was proud of it, definitely don&#039;t read many characters with strong sense of worth. For me the best part was her fear of mice and her mate who though a large cat also shifted into a mouse. The fight scenes are so funny. Wish the story had continued , I hope this will be the beginning of a new series. Keep writing Connie, you have such a gift and it is a pleasure to read your stories.

A fun rom com with alien shifters. Posey had me laughing out loud. I hope that Andro, Merit, Pax, Danner and Tac all get a story!

I liked it but thought it was too short for the cost. It was humorous and action packed, just wished there was a little more to it.

If you&#039;re feeling in the least bit blue, this book will surely lift your spirits! Posey is a tall girl with a wicked right cross she&#039;s not afraid to use. Mice, however...another issue entirely! When Maximus and his friends come to earth to find their mates, things get a bit &#039;screwy.&#039; Their return to their own planet is involved and very hazardous for one particular mouse. This is not a lengthy story, but is packed full of humor guaranteed to brighten your day. Thank you, Ms. Scholey for top-notch entertainment!