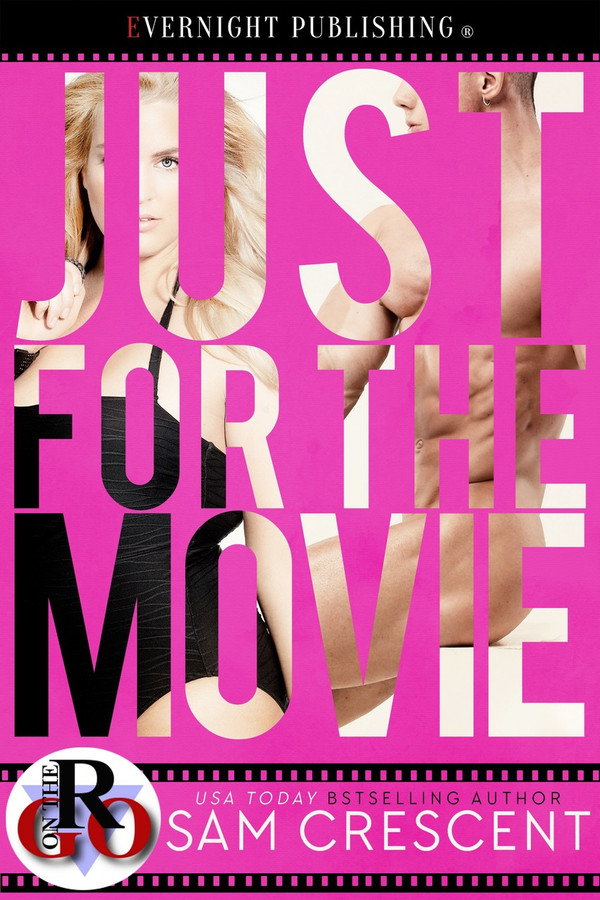 Will their romance survive when the cameras stop rolling?

Action film star Adam Feltworth’s last movie flopped big time, yet he’s offered one last chance to star in a romantic drama alongside the up-and-coming actress, Sara Leigh. Adam has never filmed sexy scenes with a full-figured woman, but he’s been warned—it’s this or retirement.

Throughout her career, Sarah has portrayed the fat, supportive best friend. With her breakout movie, Chemistry, she hopes to finally bring the pleasingly plump heroine into the mainstream spotlight. Knowing Adam’s history of preferring svelte beauties, she doesn’t want him for the part.

When Adam first holds Sarah during the screen test, a spark ignites that neither one expects. Now Adam’s problem is bigger than simply filming a hit movie to save his floundering career. He needs to prove to Sarah that she’s the only woman he desires…both on and off the screen.

“What scene do you want to do?” she asked, reaching for her script, which was beside her bed.

“Actually, I was wondering if we could just practice kissing. I kiss you, you kiss me, and we get used to the feel of each other.”

She swallowed the lump in her throat and let out a sigh. “Okay, I can do that.”

They placed their scripts beside each other on the bed. She licked her lips and forced herself to stare into his eyes.

Sarah burst out laughing. “That’s not something you should say when you’re about to kiss someone.”

He laughed along with her, and she liked the sound. Adam took her hand, locking their fingers together. He leaned in close, and his breath fanned across her face. “Don’t flinch.”

“Why would I flinch?”

“You’ve tensed up. I’m not a monster, Sarah. Just an asshole.”

“I think you’re getting out of your asshole tendencies.”

She gasped as he closed the distance, pressing a kiss to her lips. It was friendly, kind of like kissing a relative. He pulled away, and she bit her lip, staring into his dark eyes.

“Fine.” Her voice came out as a squeak, which made him chuckle.

Taking a deep breath, she pressed her lips to his and pulled back. “There. We’re done.”

“Have you ever actually kissed a guy?”

“I did a lot of kissing for this role. People would think I was the kissing whore.”

Sam Crescent has become a must read author for me and this one lives up to my high expectations of her. While not as steamy as most of her stories there was just something so beautiful about this couple and their relationship that I was just inexplicably drawn in. Sara Leigh is possibly when of the sweetest heroines I&#039;ve ever come across and while I tend to like smart ass leading ladies she ranks among my favorites. She is a genuinely nice person, she doesn&#039;t have a malicious bone in her body. She just wants to do her job, do it well and make things easy for those around her. Adam Felthouse is an absolute diva and when he falls for the lovely Sara so swiftly I admit I was worried it wouldn&#039;t end well for her. But instead of him influencing her she was the nudge in the right direction he needed. And just like that he won my heart. His understanding and gentleness was absolute and considering he was such a dink to begin with it was beautiful. I&#039;m a sucker for the curvy girl getting her happily ever after and if you are too this is a must read. The Story: Sara Leigh has always been the best friend and never the leading lady but now is her chance to prove that the curvy girl deserves the starring role. Adam Felthouse is an action star with a bad rep looking to broaden his career. When they are cast together everyone has their doubts and aren&#039;t subtle about them, but when the chemistry on the set moves to real life can they withstand the scrutiny?

I voluntarily reviewed a copy of this book This book was so sweet. I loved it! No drama just a sweet romance Bad boy actor Adam has been a famous movie star, but lately he can&#039;t get work because of his attitude. He&#039;s rude and cocky and now nobody wants to hire him So Sarah is finally getting her lead role in her own movie. She is full-figured women and has always played the role of the best friend, but now she is playing the lead and the leading lady needs a leading man. Adam is not to keen on doing the role but nobody else will hire him, so he accepts. From the moment the two of them get together there is a spark between him Sarah is teaching Adam how to be a better person and Adam is helping her with her love scenes. But what will the public say and how will Sarah feel when he admits that he has feelings for her. Will she believe him?? Loved this, short, sweet and so cute!

This is renamed book it use to be Chemistry but the name and cover have been changed the story is the same... But what a story it is. Adam is a has been action star noone wants to work with with his Diva attitude. But there one movie he might be able to star in after trying to get his stardom back by changing roles. He gets a script for a romance with a bigger women. Not sure if he can do but needing the job he trys out... Sara is a rising star but being fuller figured she always the best friend never the star. But the changes with her new movie chemistry. At Adams audition him and Sara have amazing chemistry but is it acting or real. Sweet, sexy and overall fantastic story a definite must read. I voluntarily reviewed an Advanced Review Copy of this book.

I have to say this book is absolutely perfect. The big girl gets the hottie !! I love that. Yes it was a short story, but it was written with parts that had time passing. Not just days but months and years so the timing made it feel more like a believable romance . Not to say there is anything wrong with an Insta love story because there&#039;s not. Those can be fun too. Gotta love Sam Crescent !!