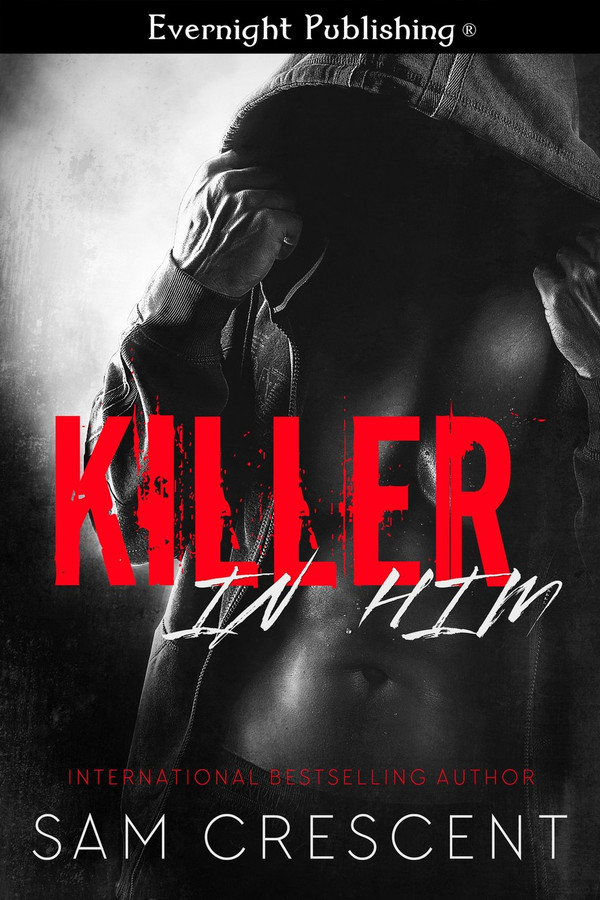 Joy Lewis has just walked into a nightmare. Entering her friend’s home, Joy is met with her dead body, and the guy Joy had been renting a room to, stood over it. He'd killed her, and now, he must kill her.

Ben has broken all the rules with his latest target. Joy was a distraction and now that she is a witness, he can’t let her go. He takes her and hides her away on his island. She can scream, run, and no one will hear her. She’s trapped with him, with only the use of a diary to spill her secrets.

The attraction to Ben started long before she saw him as a killer. How can she want a man who kills people for money? Joy can’t deny her attraction. Alone together on an island, there’s no way she can keep him away for long, and what’s worse, she doesn’t want to.

Nothing can last, and even though Joy has gotten under his skin, he will not change the man he’s become. He’s a killer, and there’s no room for Joy. Their time together is coming to an end, but can their love be enough to keep them together?

Charging for the door, she grabbed the handle, and that was it. Ben was on her. Before she even got a chance to open the door, he slammed his body against her back, grabbing hold of her wrist. Crying out, she tried to fight him, but he grabbed her hand, pressing it above her head. He also caught her other hand and kept it locked against the door.

“I wondered when you were going to try to be a fucking idiot,” he said. Ben growled the words against her neck, and he tightened his hold on her arms.

She cried out at the burst of pain.

Even as the pain rushed through her body, she just knew he wasn’t using his full strength. He was giving her just enough pain to be a warning, and that was it.

“I’m going to be taking you on a vacation, Joy. You’re going to have some fun—”

“And at the end of it you’re going to kill me. Why don’t you just kill me now, huh? Get it over with?” She didn’t want to die, but she also didn’t want to sit around waiting for him to strike the blade across her neck.

“Is that what you want?” His body moved closer, and he pushed his cock against her ass. Ben moaned as he did. “Or is it this that you want?”

She closed her eyes even as her body responded to his touch. Ben pushed both of her hands over her head and caught them within one of his, stretching her up. Her pussy was wet, and she hated that. Joy hated how he affected her, and she didn’t even like him. There was nothing to like, or even redeeming about him.

“You hate me, don’t you?” he asked. His hand pressed against her stomach.

Joy didn’t fight him, and it embarrassed her that she didn’t. “Yes.”

“But you want me, Joy. Your body knows what it wants.”

“And you’re a killer.” She gave her hands a little tug, and he wouldn’t let her go. Growling, she just stood there, waiting.

His hand moved down until he cupped her through her shorts, making her gasp. “This pussy, it wants me. It wants my dick, and to be fucked. I bet you’re wet for me right now. You want my dick in this nice hot pussy.”

I enjoyed a few hours of romantic escapism with this short book. Killer In Him is a dark romance about a contract killer who breaks all the rules when he falls in love with a witness to his crime. Ben can’t eliminate a loose end since he has become fascinated with her. So he whisks Joy away to his private island. The plot was well done and fast paced and the author showed how Ben and Joy were falling in love with each other. Ben made a great hero who is changed by the love of a good woman. To tell the truth that was the aspect that I connected with the most. I had a few mixed feelings toward Joy but thankfully the author didn’t have her instantly forget about the fact that he was a killer. They were both confused about their feelings toward each other but in the end she took a stand with Ben. This short book was thrilling with super hot sexy times. As expected, this is another solid read from Sam Crescent

Joy Lewis never imagined she would find herself in hell when she left work early. Walking into her friend’s house and seeing her dead body is a shock. Seeing her killer hover over her, a nightmare. Finding out he is the sexy man she rented a room to and has lusted after for months – hell! And now she is next! Ben is a killer for hire, a hitman who doesn’t let anything distract him from his target. That is until Joy came into his life. First she was a distraction and now she is a witness. Letting her go isn’t an option. Kidnapping her, Ben takes her to his private island hideaway, just the two of them. How could she have been attracted to a killer? What’s really messed up is how can she still long for his touch, crave his desire, when she should be pushing him away. Ben isn’t about to apologize for what he is and he isn’t about to change. Having Joy in his life isn’t an option. But somewhere along the line Joy and Ben fell in love. Is their love strong enough to keep them together? Or are they destined to walk alone? No matter what type of bad or good alpha male author Sam Crescent’s current story revolves around, one thing you can bank on; she absolutely loves writing about dominant men and we, her loyal following of readers, just can’t seem to get enough of them. Killer in Him is a dark, intriguing, and dynamic read that keeps the drama and the surprising twists moving forward with a carefully calculated pace that leaves the reader feeling like they are waiting in anticipation, pondering with every turn of the page what the future holds for Joy and Ben. Is there really a future? I have to admit, I sure had my doubts about a relationship between Joy and Ben, two characters who are very different in nature and attitude after reading a few pages. But I am happy to say, as usual, Ms. Crescent’s creative mind shines and the reader can’t help but enjoy watching Ben and especially Joy struggle with themselves, the line between right and wrong, and their budding romance, with almost a sense of innocence with her view of the world. Joy wants to see the good in people, she trusts a little too easily, never imagining the cruelty around her. The relationship between Ben and Joy is given ample time to develop with the reader being able to experience the characters’ anger, frustration, sadness and joy right along with them. I think what really set this story apart from others was the way the author used Joy’s journal entries, sharing her innermost thoughts and fears, time and time again as she battles with her growing feelings for Ben, a killer and the man who has come to mean so much to her. Some readers might say this story is farfetched. Maybe or maybe not. But this is a work of fiction and the wonderful thing about fiction is anything is possible.

Sam Crescent can do no wrong!! I love the darker side Sam has taken me too and Killer in Him was wonderful. I love the books that makes your gut clench as if you are the characters going through their emotions and Sam Crescent nails it every time!!

Suspenseful, action packed, entertaining, and great scenes . And finding love along the way.

Sam Crescent has done it yet again with a dark and engrossing romance with a killer, Ben and a do-gooder, Joy who find themselves liking the parts of each other that they are not. He, likes her goodness and her curves and she like his dominance and sexy way of handling her. I will admit I got tired of Joy calling him a killer so much but after she found out her so-called friend was a user she starts to understand him (what makes him tick) and fall deeper and deeper in love with Ben until... Yes there is an until.... Read this one, it will throw you with all its twists and turns and sexual fantasies with the help of Joy&#039;s diary... lol

ARC received in exchange for an honest review I enjoyed this one! Ben is a hired killer and is watching his new target when he catches sight of Joy and after that there was nothing going to stop him from getting her. Even though this was suppose to be a quick job he broke the rules of a Hired killer and to attached to Joy. After she catches him killing her neighbor he kidnaps Joy and takes her to his island From there he did everything in his power to have her. Seriously who doesn&#039;t want to be kidnapped by a Hot Alpha Male and taken to his private island... Er Yah ME!! lol Quick, hot, steamy sexy story... Loved it Thanks Sam for an enjoyable read!

Sam Crescent can do no wrong!! I love the darker side Sam has taken me too and Killer in Him was wonderful. I love the books that makes your gut clench as if you are the characters going through their emotions and Sam Crescent nails it every time!!

Love! Love! Love! I loved this story and although it was a little darker than this author usually writes it was a perfect balance of story, emotion, humour and passionate moments, mixed with delicious sexy moments that are guaranteed to set your pulse racing! I thoroughly enjoyed the relationship between the two characters Joy and Ben, the passion that they ignited within one another. I loved how the chemistry lit up the pages and drew you in and the moments of emotion that took my breath away which is not an easy feat with most stories. This is definitely one of my favourites by this author and a definite re-read. I highly recommend you read this story and and if you have not already done so discover this amazing authors talent by making this your starter book. Really loved it! Happy Reading!

This was a very different type of love story.Ben And Joy two different people .I liked the way the author developed the story for them.It was not rushed . he let it develop .into a beautiful love story. I liked the ending.The letters were a nice touch.Mimi

I was not sure if I would love this book or hate it, but why I had doubts I have no clue. Sam is an amazing writer! How the hell she gets you to fall in love with a contract killer is beyond me.this woman is amazing! The book is fast paced but does not come with that insta-love that is sometimes hard to grasp. I love how complicated the characters are and that they found their HEA. The a,pea male is super possessive and dominate, which is so hot! Definitely a great read.

Owned by Him by Sam Crescent