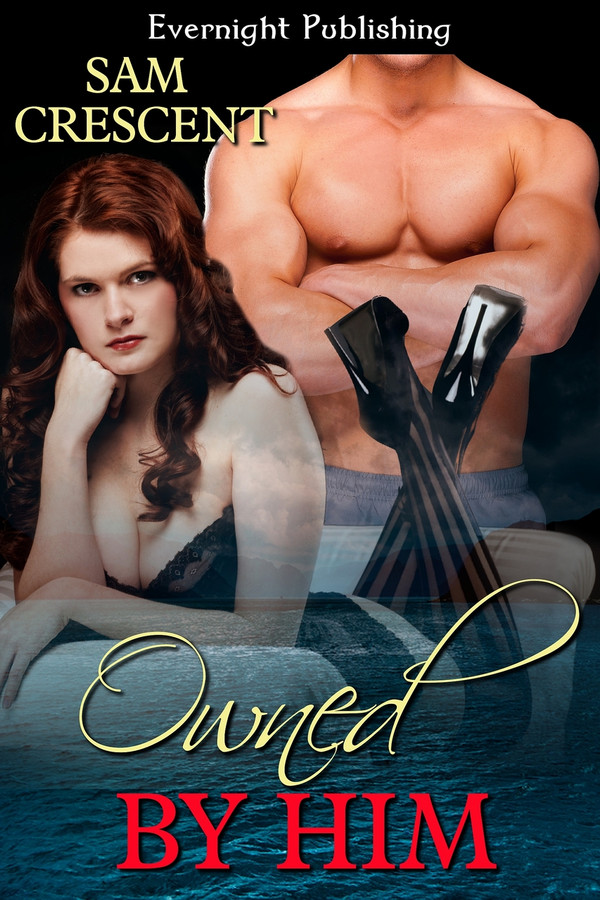 Amber has been keeping the truth about her relationship with Heather’s brother, Elijah, for seven years. They’re not dating but he’s her Dom and she’s been in love with him for what feels like a lifetime. He’s not the staying kind and she needs to move on.

After Elijah witnesses his woman on a date, he knows he’s got to do everything in his power to win her back. He sets out a seduction of the mind and the senses with sex out of the equation.

With no sex, Elijah must claim Amber the good old-fashioned way. Once their relationship comes out in the open can Elijah and Amber go forward together? Their past is filled with heartache but he’s her Master. Can Amber still submit to the man who owns every part of her?

Nothing is certain between friends, the men they fall for, or the secrets they all keep.

Arms wrapped around her stomach, and she knew it was Elijah instantly. His scent surrounded her, filling her with warmth. She wanted to push him away. Her defenses were lowered, and all she wanted to do was drown in everything that was him.

Amber would care in the morning.

His fingers stroked the curve of her stomach. Moaning, she wrapped her arms behind his neck, dancing. Her eyes were still closed. The moment she opened them, she’d lose her little bubble of happiness.

“You can’t fight me forever,” he said.

“I’m not trying to fight you at all, Elijah.”

He turned her in his arms. “Look at me.”

Opening her eyes she stared into his deep brown ones. The bubble didn’t burst. He inserted a leg between her thighs, rubbing her against him. She gasped, gripping his thick arms as he made her legs turn to jelly.

Elijah took one of her hands and pressed it against the front of his jeans.

“Feel what you do to me, woman. I want you so fucking bad. You’re sexy, and I want you.”

He lowered his head, catching her lips between his.

She tilted her head back, giving him much better access to her mouth. They were entwined together. His leg was between her thighs with one hand holding her against him and the other caressing her nipple with his thumb.

The music faded; the past faded away. She held onto him, and Amber had never felt more stable than she did in those few moments they were sharing.

When he leaned back to look at her she was lost in his intense gaze. Her body pulsed for him.

“I’ll call a cab. Say goodbye to your friends and meet me outside.”

He left her then.

She stared at his retreating back. Part of her wanted to stay on the floor, pick up a man, and have meaningless sex. She listened to the part of her she’d come to know in the last seven years.

Amber left the dance floor. She found Connie giving her a message that she had to leave early. In no time at all she was stood beside Elijah. A cab pulled up, and they were inside it.

No words were necessary. They couldn’t speak with the driver present. She rubbed her hands between her thighs trying to cause some friction.

Her pussy was red hot and begging to be fucked. Six months wasn’t a really long time, but right now it felt like a lifetime since he’d been with her.

When they were outside of her apartment, Elijah took the keys from her shaking fingers and opened the door.

She entered first, turning to watch him as he closed the door then proceeded to lock the door. His actions were slow, not hurried, and his gaze was on her at all times. The rest of the world was locked away. They were the only two people who existed.

“Take your shirt off,” he said.

Amber’s major conflict, and therefore Elijah’s, is that she doesn’t want to tell her best friend, Heather, who is incidentally Elijah’s sister. They had a one-time fling while she was still in high school, and then only sporadically were in contact with one another…for seven years. It’s a classic romance tale where a couple could achieve their HEA much, much sooner, if they’d only sit down and talk! I never quite understood their reasons for not simply going for the gusto when it came to each other. However, the sex was magnificent and heady, their eventual happy ending fantastic. The first story in this series was delicious and I find myself invested in all the main and secondary characters. I’d definitely continue reading the series!

On her best friend’s eighteenth birthday, Amber is the one who’s dreams come true, sort of. There had been tons of chemistry between her and Heather’s brother Elijah but that night they were finally together and Amber learned more about herself and her body than she ever thought possible. However, Heather can’t stand her brother so for the next seven years Amber and Elijah keep their times together a secret. Especially when Amber ventures into the BDSM club with Elijah. When Amber finally realizes that there’s not going to be a happy ever after with Elijah, she’s determined to put herself out into the dating world. All it takes is one look at Amber with a date for Elijah to realize that he’s not willing to give Amber up. In fact, he’s willing to show her that there is so much more to them as a couple than their Dom/sub relationship. He’s even willing to face his sister’s wrath to be with the woman he’s come to realize he can’t live without. This second book in the Friends, Men and Secrets series will blow your socks off! The chemistry between Amber and Elijah is a pure treat to read, and it doesn’t hurt to have a cold drink on hand. But there was also so much more to their story. You get a great sense of where they’re both from, what they’ve been thinking and the history that has them at this point in their lives. I also love the relationship between the three friends, and how they really only think they’re keeping secrets but have each others backs no matter what. I had read the first book in this series, and it enhanced the story but wouldn’t have been necessary since all of the stories seem to take place simultaneously. But be warned, these friends and their men draw you in and you’re going to have to read them all, in fact I can hardly wait for the next book!

Amber is in love with Elijah and has been for years. Elijah is her best friend, Heather’s, older brother. For some reason unknown to Amber Heather and Elijah, do not get along. Therefore, Amber and Elijah have hidden their relationship. What I found most puzzling is Amber and Heather are best friends but each hide things from the other. Elijah is a hot and sexy man. He is also a Dom. He is a strong and opinionated man. When Elijah sees Amber out on a date it changes everything for him. He realizes how close he is to losing her and tries his best to face having a real and open relationship with Amber. He does not want to hide her anymore. The chemistry between Amber and Elijah is blistering hot. The sex scenes were hot and steamy. I am amazed it took Amber seven years before voicing her upset over the situation. If she told Elijah what she wanted they might have become a couple much sooner. Owned By Him is the second book in Friends, Men and Secrets series by Sam Crescent. While this book is part of a series, it can be read and enjoyed as a standalone novel. I found this book to be well written. The main and secondary characters were interesting and realistic. I loved this book. Overall, this was a great and I cannot wait to read the next book in the series.

This was a good book about Elijah and Amber finally getting together. I liked hearing about Amber&#039;s friends and how the girls all stick up for each other even though they keep secrets from each other.

Owned by the Dom: Part One by Sam Crescent

Killer in Him by Sam Crescent