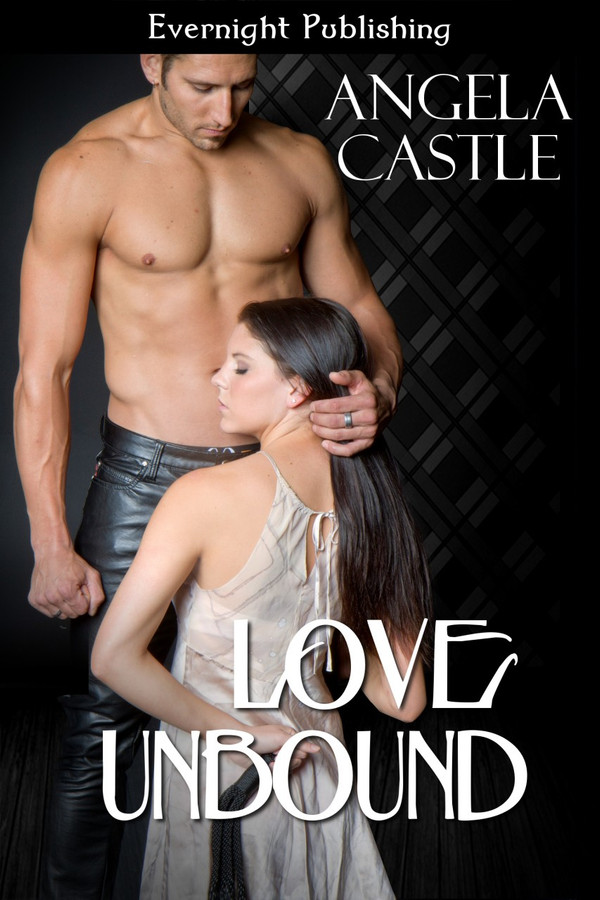 Arriving home from work, Master Brendon finds a wonderful gift waiting. Tied to a chair is the lush Jay Becket, his sub's best friend. Being bi-sexual, Brendon explores the delights of Jay’s submission. All too quickly he finds himself falling under her spell, in more ways than one.

Jay has always lusted after Brendon and agrees to her best friend’s plan to become Master Brendon’s new submissive, to help ease the pain she knows is coming.

But emotions spiral out of control when Brendon learns the truth behind Jay’s sweet submission. A secret which could tear their new fragile bond apart.

He cupped her chin, forcing her head back to look him directly in his eyes. “Punishment or truth, I will not warn you again.”

He took a step back, as if knowing she needed space to breath. “I’ve only had one boyfriend and I caught him cheating with a thinner woman. All my life my family told me no man wanted me because of my weight. So, I never bothered. Ryan is the only one who ever believed in me and cared for me for who I am.”

She expected pity in Brendon’s gaze, but his smile confused her even more.

“Did you think I would find this body repulsive, too?” He circled around her, running the tips of his fingers over her exposed skin. She bit down on her lip to hold in the moan.

“I thought you would, but Ryan said you wouldn’t. Still it’s hard to—”

“Let go of your self-doubt. Ryan was right, and every man who thinks thinner women are better than this are fools not worth knowing—do you know how hard you have me, blue jay?” To prove his point, he pressed into her from behind. She felt the hard length of his cock against lower back. She shuddered.

“You are what I say you are, do you understand me? I say you are beautiful, sexy and right now, mine to do with as I wish.”

Jay swallowed, her heart quivering in pleasure at his words. She wanted to believe it and here she could. Let go, give up control, just as Ryan had told her to do. Only now was she beginning to understand his lessons.

Brendon moved behind her and caressed her arms with feather-light brushes. It was nearly impossible to think beyond his warm caress. Jay shivered as tremors raced down her spine.

All this untouched, innocent beauty is mine. He’d have to remember to give Ryan a lovely reward. The image of them both kneeling at his feet made him smile. He’d have to take care, if they were both to serve him. They were close friends, even before he and Ryan. He could not upset the balance.

It was a fine line he walked, even if Ryan had organized it all. The three of them would need to sit down for a long talk. But first, the excitement of her beauty before him, so many layers to reveal, so many new depths to explore.

The thought of peeling away all her layers, watching Ryan’s reaction as he stripped his friend down to a basic level, rebuilding her anew gave him a new challenge to look forward to, not to mention how great the sex would be, having both Ryan and Jay at his command.

It was crazy to entertain the thought of keeping her, along with Ryan, but still, it was an idea he couldn’t get out of his mind. He filed it away for later thought. Right now, Jay needed his focused attention.

He unclasped the hooks, which held her bra in place and allowed it to drop to the floor. The sexy hitch in her breathing pleased him immensely, even more so, when she didn’t object. Pale, smooth skin beckoned him. Her ample breasts would more than fill his hands, but it was the taut, jutting nipples that informed him of how much more she needed.

His hands spanned a good portion of her waist—soft, delicate skin he longed to see abraded by rope.

Silky hair floated down her back, a mix of browns and streaks of dark red, scented with a hint of roses and some spice he couldn’t name. Long hair had always been a requirement in his female subs. A Dom could do wonderful things with his fingers speared deeply into her locks, as he took her from behind. So many possibilities swirled through his mind.

He took a step back to glance about the room. Everything he needed was already laid out. He snatched the black rope from the side table.

“Hold out your arms, wrists together.”

Her hands, which had been pressed against her sides, rose in an automatic display of obedience. He carefully wound the length around them, adding a loop before tying it off. He lifted her bound wrists, attaching them to a hook.

Brendon inwardly smiled. His little sub had thought of everything, noting how it was at the perfect height to hold her. He snatched up the blindfold and retied it over her eyes, being careful not to snag her hair, pleased when her breathing picked up again.

This was such a good story and so full of emotion. I couldn&#039;t put it down until I found out what happened. I am definitely looking forward to reading more by Angela Castle.

Some books stay with you for a long time. Love Unbound is one of those. From the blurb, I wasn&#039;t really expecting such a moving and emotional read. Brendon, Ryan and Jay are well written and very appealing characters. Their relationship develops throughout the story. Although Ryan shares a unique connection with both of them, when the three combine there&#039;s magic. The sex is steamy and erotic but it&#039;s the undercurrent that flows from each encounter that raises everything to next level. I loved this story and it reminds very much of one my favorite book by Tymber Dalton. I don&#039;t want to give away the essence of the story but keep the kleenex near. Highly recommended. I will certainly be reading more by this author. Ryan&#039;s Dom is bisexual and Ryan has a special gift for him. When Brendon comes home, he finds a sexy gift from his sub. Jay is bound and awaiting Master Brendon&#039;s touch. Her best friend Ryan has been training her to please his master. After an explosive night, Brendon is hooked. Can the three of them make a go of it or will a shocking truth tear them apart?