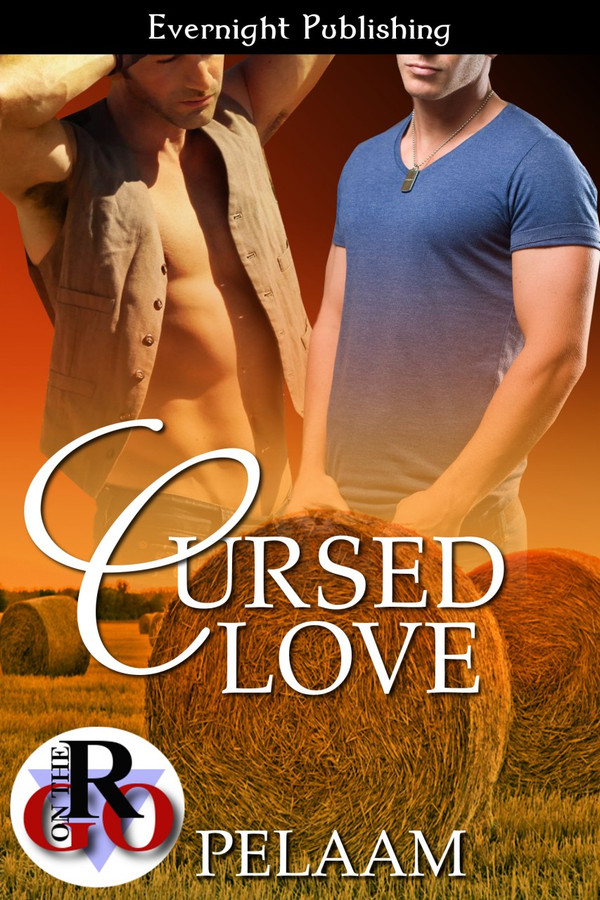 As Valentine’s Day approaches, ranch owner Conall wishes he would find love. He doesn’t expect to be drawn towards Blaine, the beautiful chauffeur of rich bitch Sable, his prospective client.

However, neither Sable nor Blaine are all they seem to be. With the help of his friends, Conall finds himself in a race against time to save Blaine.

Will their love prove strong enough to defeat a curse born of hatred?

Blaine dropped to his knees, and Conall pressed close against him. Blaine’s head drooped forward, further exposing his neck. Conall nuzzled, licked, and nipped at the bared skin.  Blaine whimpered, and ground back against Conall’s groin. Conall gave a low, deep rumble of satisfaction at the submissive response. He reached under Blaine’s body, and rubbed the heel of his hand against Blaine’s trapped erection.

“I want you so badly it hurts,” Conall murmured.

Conall reacted to Blaine’s unmistakable sound of need. He flicked opened the button of Blain’s jeans, and pulled down the zipper. He reached inside the briefs that tried to bar his way, and bit down on Blaine’s neck as he freed hard, damp flesh. He leaned heavily against Blaine’s back, and while he started a slow, purposeful stroke with one hand, he used the other to release his own shaft.

While he stroked both dicks, Conall continued to nip and lick Blaine’s neck, and shoulders. His taste exploded on Conall’s tongue, and sent spikes of arousal that zinged throughout his body, and then to his cock. Blaine murmured wordlessly, and rocked back as best he could with Conall’s bigger body draped over him.

The pain in Conall’s head steadily increased, but he refused to stop working his or Blaine’s cock as he leaned heavily over Blaine’s back. The throbbing in his head matched that of his dick, and Conall stroked faster. Not stopping now. Not stopping... Conall’s breath came is harsh pants, and he whined as his climax neared. He closed his eyes. He forced himself to focus only the pleasure and blocked out the pain. Small whimpers and groans from Blaine fuelled his arousal, and urged him towards completion.

Conall came hard as Blaine’s cock swelled and spurted over his hand. Lights flashed before his eyes, and then his vision greyed. He opened his eyes to find himself lying on the floor, his head supported on Blaine’s knees.  He blinked a couple of times, and then looked up. Blaine looked back at him, and Conall saw worry in the expressive eyes.

Shifters and mages working together to save true love! Conall, a ranch owner and shifter, is afraid he might have missed his chance to find his soul mate. He&#039;s living with his dear friends and ranch hands, Jackson and Annie, and trying to make ends meet. A potential buyer of his goods brings her assistant, Blaine, and there is an instant attraction between Blaine and Conall. Unfortunately, something is wrong with Blaine but nobody can determine the problem. In an interesting twist, the author tells the story from Conall&#039;s and Annie&#039;s points of view. It works in this case since Annie is key in helping to resolve the danger surrounding Blaine. The characters were interesting and the concept for the story was creative. With tighter editing, the story could have had a lot of great potential. Additional dialogue between Conall and Blaine would have helped to make the romance more believable.