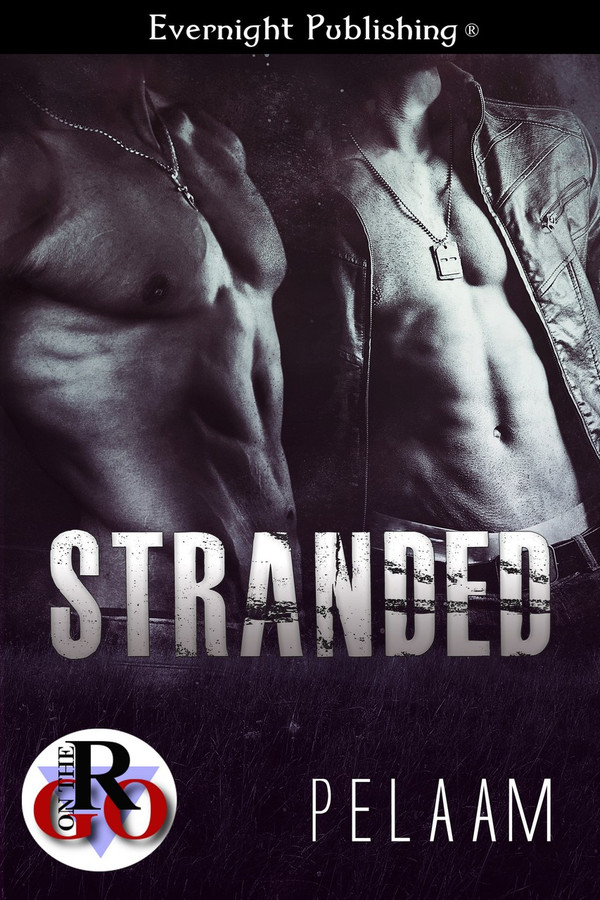 When Sage's ship leaves him stranded on an isolated island off the coast of Scotland, he hopes the inhabitant of the lone cottage is a friendly one.

Instead he discovers Decker; a wounded hero who carries his scars inside as well as outside.

Sage turns Decker's insular world inside out and they edge ever closer to acting on a mutual attraction.

But Sage is hiding a secret that Decker can't imagine and when the time comes for Sage to return to his ship, just how will Decker react to the truth?

Looking up through his fringe, Sage caught a glimpse of Decker propping his chin in his hands as if Sage's life story was going to be the most exciting thing he'd ever heard. Panic threatened to take control, but Sage focused hard, bringing it back under control. I can deal with this. I can tell him just enough. I hope.

"There isn't really much to tell." Sage shrugged his shoulders and offered an apologetic smile. "I'm the runt of the family. My parents are good, hardy stock, and so are my two brothers. They thought I'd follow the family line, but,” Sage waved a hand at his scrawny frame, "as you can see, I'm more of a throwback so to speak."

"Throwback?" Decker stared at him. "You're beau—you're beautifully built. Not a spare ounce of fat on you. I know I've said you could do with a little more flesh on your bones, but you're naturally small and slim. What's wrong with that?"

"Oh, everyone else is much taller, much broader. Much like you." Sage sighed. "I'd have loved to have such a wonderful build as yours. So muscular, so powerful, so masculine."

"Listen, Sage. Don't let anyone make you feel bad because of how you look or what you are. You hear me? You're perfect."

Although the vehemence of Decker's tone made Sage shrink back into his chair, what he'd said suddenly registered and Sage's heart soared.

His eyes widened as if he'd revealed far more than he intended, Decker muttered something totally intelligible and focused his attention on the board game sitting on the coffee table.

The thought suddenly struck Sage that his ship would be back in a couple of days and he'd never see Decker again. Then I'm going to have to leave Decker behind. He was sure they'd flirted and that Decker, given his scars, was unlikely to make the first move. So it's up to me. For once, let me do something important without it collapsing around my ears.

Taking a deep breath, he stepped over the sleeping Caesar carefully, and advanced slowly on Decker before sitting astride Decker’s thighs.

Decker looked at him, a look of alarm on his rugged face, but Sage didn't give him time to object. Instead, Sage brushed his lips softly against Decker's. Not pressing, not demanding, just a gentle, chaste caress of skin on skin.

"You’re beautiful." Sage whispered the words against Decker's mouth. "You’re perfect the way you are. This is you. This is who and what you are. Give yourself permission to enjoy this. Please." Sage brushed his lips lightly over the scarred part of Decker's face, before taking his lips in a harder kiss.

Rocking his hips, as he held tightly to Decker's shoulders, Sage rubbed his erection against Decker's, silently proclaiming just how attractive he genuinely found the older man, as well as how much he truly wanted him.