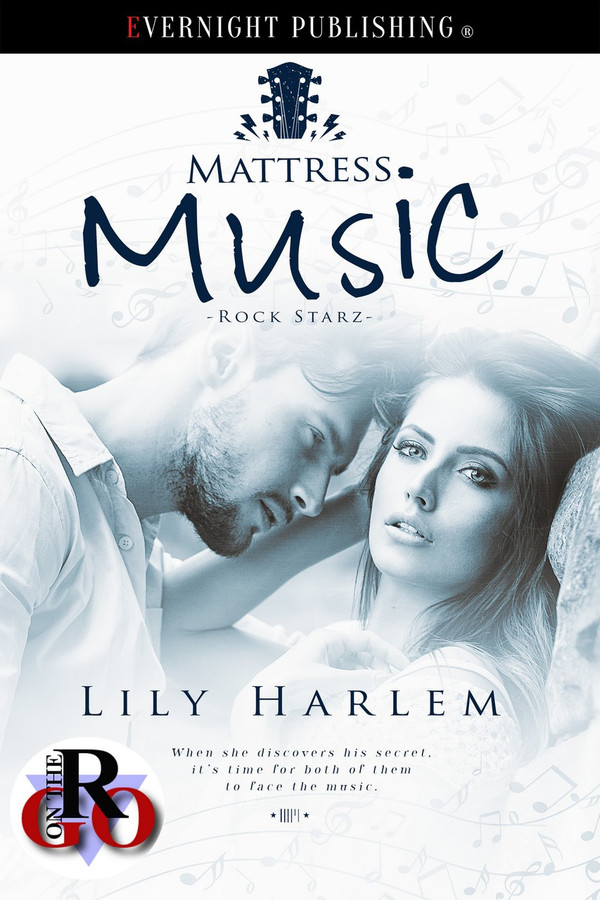 Is it possible to lose one’s ability to orgasm? Nina has. Lately, her fun weekend hook-ups have been more ho-hum than hot damn! It doesn’t help that she has three flatmates and is forced to play loud music to mask the sounds of her lovemaking. Talk about distracting. Of course, there’s another reason Nina’s less than satisfied these days...she’s just having a hard time admitting it.

It’s a good thing she’s met Ian, then. Not content to be a weekend hook-up, Ian is set on giving Nina what she’s been missing while making her admit what she needs. His talented fingers—and other body parts—are up to the task. But Ian’s not admitting a few things himself. Turns out his fingers can do more than make Nina’s body sing.

When she discovers his secret, it’s time for both of them to face the music.

He leaned forward and kissed me again, but this time harder, as if he meant business and wasn’t about to stop anytime soon. He darted his tongue into my mouth and his chest pressed against mine. Scooping me into the crook of his arm, he dragged me into a lying position, then flopped on top of me. My head sank in the pillow. I felt the hardness in his jeans press onto my bare legs as his body stretched out over mine. “I think we should put some music on,” he whispered into my mouth. “To cover up the squeals of delight you’re gonna be making in a minute.”

Utterly convinced of his plan, I muffled a giggle and smoothed my palms over the beautiful planes of his shoulders. “Okay, hit shuffle and see what comes on.”

He jumped up, clicked on the iPod and then shoved off his jeans and boxers as he walked back to the bed.

He dropped on top of me, gave a lopsided grin then set about kissing his way down my neck.

“Oh God,” Ian groaned, flopping his forehead against my collarbone. “The words work but this guy’s sappy voice really gets on my nerves.”

“I like James Blunt,” I said, reaching for a condom and thinking You’re Beautiful was a sweet choice of song after what he’d just said about me being perfect.

“Let’s hit shuffle again,” he bargained. “Get something with a bit more pace, a bit more rhythm.”

He jumped up again, flicked the iPod with a definite impatience to his movement and then was hovering back over me.

I traced my finger over the tattoo on his inner arm. It was like Chinese writing or something, but more intricate, more curly and pretty. I liked it but it must have hurt like hell on that sensitive patch of flesh. “You’re not allowed to change the next one,” I said. “Whatever it is, it stays.” I was impatient to get down to business now.

“Suits me,” he said as he ducked to suckle my nipple. I arched into him, delighting in the suction he was creating and the gentle nipping of his teeth. He really was getting it just right, just how I liked it.

The iPod howled like a wolf. The eerie sound echoed around my four walls.

I ran my hands through his hair and shut my eyes. Perhaps Thriller could be sexy and it was certainly sonically dense enough to mask our noise.

His hands were wandering, sliding up my thighs toward the juncture of my legs. He ruffled through my tuft of coppery pubes and nudged my thighs apart with his knee.

I wished I had earplugs. I wished my flatmates had earplugs so I had no need for cover-up music. It was messing with my mind and my body.

“Where’s the condom?” Ian asked, sitting back on his heels, his breathing coming fast and hard. I stared at the neat row of bricked abs running down his stomach, visible now I was seeing him in daylight.

“Here.” I opened the wrapper and passed it to him. The blood that had been rushing to my clit was running scared, beating away at a hundred miles an hour, being chased by the bass of the music. He rolled the condom down his impressive erection.

I tried to suppress the image of creatures crawling from the mud in the graveyard, eyes wide and ratty black teeth grinning manically at me.

Ian looked hungrily at my waiting body, swallowed hard and then lay back over me. His weight was delicious, just right, half supported on his elbows, half pressed onto me. I squirmed, dragged in a breath full of his divine scent—man and musk, a lazy morning body infused with testosterone and coffee. I spread my legs wider. He kissed me again as he slid expertly into my hot flesh.

I gasped. His cock was long and thick and so hard it was like steel. He tunneled to the hilt on that first push. I felt impaled, possessed by him—it was glorious. I gripped him with my vaginal muscles and he groaned appreciatively in my ear.

The song blasted on. I could visualize the cheerleader with her frizzy hair, wide eyes and hands shaking at her screaming mouth.

I broke the kiss and stared at the dusty floral lampshade to rid my mind of the doomed girl in the Thriller video.

Ian thrust harder and began to rotate his pelvis against my clit. Any other situation, any other time, back in my old room, I’d have been clawing the ceiling, trembling with the imminent arrival of a fantastic climax. He palmed my right breast and nuzzled my neck. I tried to catch a spark as the song thumped out the chorus.

“What’s up?” he asked, suddenly stilling all movements.

He muttered something and began to pull away. I saw a flash of disappointment cross his eyes.

“It’s okay.” I wrapped my legs around his thighs and clasped his taut biceps. “Carry on, you’re doing great.” I tried to reach for a kiss. He was a cute guy, even cuter in the light of day and I really hadn’t lived up to his expectations. It wasn’t his fault my mind was being overtaken by zombies.

“Yeah, but you’re not.” He dodged my lips and slipped from me, swiveled to sit on the side of the bed and fisted his cock. His beautiful golden shoulders hunched and his head hung low. He was breathing hard.

“Don’t touch me.” He shivered, a trickle of spasms that seemed to rattle up his entire spinal column. “I can’t handle it. If you’re not into it, what’s the point?”

“No, you’re not. It’s obvious you’re trying to think of something else, anything except me.”

“You’re staring at the ceiling, eyes glazed, groaning randomly, expecting me to believe you’re getting ready to climax.”

“No buts.” He stood and turned to face me, his engorged erection jutted forward, the swollen head an angry burgundy. It looked painful. “Get dressed.” He snapped off the condom and aimed it at the bin. “We’re going out.”

“No buts. I don’t give a damn what else you had planned for today.” His eyes narrowed and his jaw set. “Cancel it.”

Nina is having a one-night stand with Ian, the guy she picked up the night before in a bar. He’s doing all he can to satisfy her but she’s getting distracted by the other man in the room. Elton John. His music that is. His song is projecting images in her head and making it hard to concentrate. So, she fakes it. Ian is no dummy so they try it again, this time Michael Jackson is the culprit. Nina figures it’s time for Ian to hit the road, but he’s having none of that, so he gets her out of the house and lets her know he wants more from her then just a night. After a day out, she goes home with him, but she learns a few things that Ian has been holding back. Will Nina decide to stay and make more music with him? I’m not telling, grab yourself a copy. I thoroughly enjoyed this story of Nina and Ian, but I was bummed out that it was so short. I wanted to know more. Otherwise, I loved this tale of boy meets girl.

A quickie from Lily - took me just under an hour to read - so perfect for a sneaky lunch break read. Nina is fed up with her routine of hooking up with one night stands - she wants what her friends have found - Love. She picks up Ian, who is looking for someone to like him for him - not who he is. Nina and Ian go a proper date after the disastrous night before... Nina notices some odd things about Ian but lets them go as he seems different to her other hook ups. A lovely read, fun in places. When reading it I wanted more from these two - ie more story, but what Lily has given us is just perfect. Copy kindly gifted by the author.

A quickie from Lily - took me just under an hour to read - so perfect for a sneaky lunch break read. Nina is fed up with her routine of hooking up with one night stands - she wants what her friends have found - Love. She picks up Ian, who is looking for someone to like him for him - not who he is. Nina and Ian go a proper date after the disastrous night before... Nina notices some odd things about Ian but lets them go as he seems different to her other hook ups. A lovely read, fun in places. When reading it I wanted more from these two - ie more story, but what Lily has given us is just perfect. Copy kindly gifted by the author.