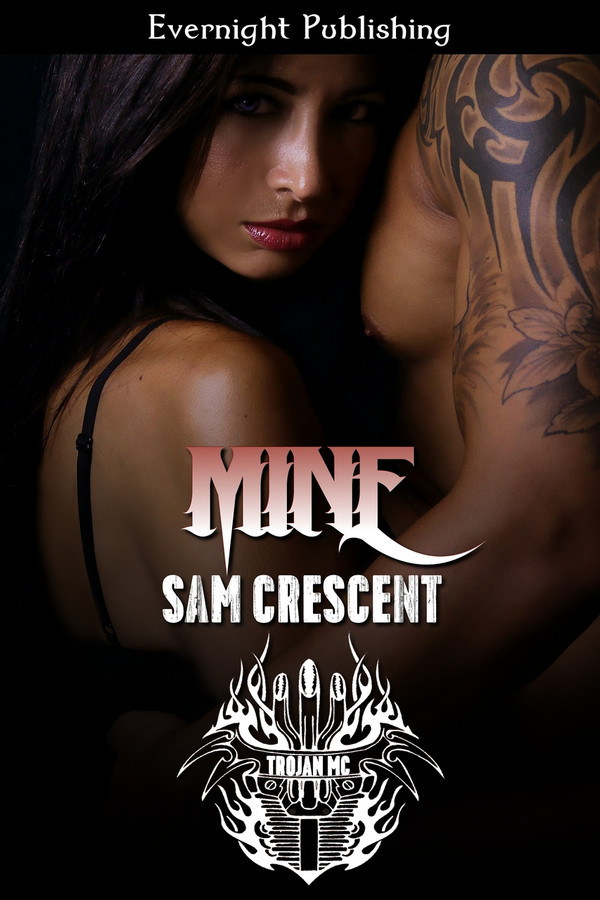 Daisy wants his sister’s best friend, Maria. She wants him to give her a chance to prove that she could be everything he wants. Can she handle the fact he wants to be in control of everything?

Maria’s tired of making the decisions. She yearns for a man who’ll love her, protect her, and stay faithful to her. She knows she’s different, but she can be everything Daisy needs.

Taking time away from the club, Daisy gives them a chance to see if Maria can give him what he wants, but also to show her he’s the kind of man she craves. They’re two unlikely souls that are destined to be together. Their time together shows that, and love blooms more powerfully than either could imagine.

However, when Maria tells him the truth about the pain his sister experienced, their peace comes crashing down around them. How can he trust Maria when she kept Beth’s secret from him? What will happen when Daisy goes after the man who violated his sister?

Is there any way these two, being so very different, can find love?

“You know what I love about being here?” Daisy asked, rubbing his thumbs across the underside of her tits. Her nipples were rock hard, pushing up, and begging to be sucked. Her body was so damn curvy, and he just wanted to touch, caress, and arouse her.

“I can have you naked all day, every day.” He ran his thumbs across her nipples again, giving in to his pleasure. Just touching Maria was all it took for him to get aroused. His cock was straining to get inside her. He also loved how damn responsive she was. Maria didn’t hold anything back, opening herself up to his touch, and loving it. “No brother will see you.”

She opened her eyes and stared at him. “You’re lying. I’ve seen you share.”

“At the clubhouse. It’s not like there is a lock on my door keeping me out. I’ve left my room, and saw you fucking other women. One after the other the men use them.” She held onto his shoulders. “You’ve no problem with sharing then.”

“None of those women belonged to me. They’re club property. They fuck every single guy in the club, and they love doing it. You came to me, Maria.” She was old lady material, through and through. “No other man will ever know how damn big your tits are, or how your nipples pucker when you’re aroused.” Sliding one hand from her ribcage down her stomach, he cupped her between her thighs. “They’ll never know how soft your skin is, or how wet you can be.” He slid his finger between the lips of her pussy, and Maria tensed up. “No one touched you here before?”

There’s a chance for you to be the only man.

Daisy filled with excitement at the prospect of being the only man to touch, explore, and eventually fuck Maria.

Sliding his finger across her clit, he saw her shake, and her nails dug into his shoulders. “You’re not used to being touched, my little virgin.”

Cupping her breast, he matched the strokes over her clit with her nipple. Maria closed her eyes, and he didn’t want that. He wanted her eyes on him all the time. “Look at me.”

She opened her eyes, and the blue in her depths seemed a little deeper.

Pulling his fingers away from her pussy, he held his finger up between them. “You’re soaking wet for me.” Grabbing her hips, he stood up. He was much taller than Maria, and her head only came to his chest. “I want you on the table.”

He helped her onto the table, and pressed his fingers to her chest. “Lie back.”

“Then trust me when I say lie back.”

Sam Crescent did not disappoint with this book and it came as no surprise to me that I loved every bit of Daisy and Maria’s story. Some things remained the same in this one, although the main characters were unique in their personalities. Daisy was a man who needed to be in complete control but he was also incredibly sweet and romantic. Maria had been in love with Daisy forever and it was just fine with her if he wanted to take control of her. She still stood up for herself though and I liked that the author took some time building their relationship. This story was centered around Daisy and Maria, and the usual suspenseful drama was minimal. That being said the plot was well crafted and had a couple of side stories that were intricately woven into the thick of things. There was some family drama as the club goes through some growing pains and a promising conflict for Matthew and Luna, and for Knuckles and Beth. All this means is more great books to come from the Trojans MC. This book was an easy read that left me looking forward to whatever Sam Crescent comes up with next.

Over the years, Daisy has watched his little sister’s best friend Maria grown into the beautiful woman she is today. It seems like there hasn’t been a time that Daisy hasn’t lusted after Maria wanting to possess her body, heart and soul. But Daisy likes to be in control of everything and he doesn’t think that the feisty Maria can live with his demands. Maria hungers for a man who will protect, love and guide her, all while staying faithful to her. She doesn’t want to make decisions but she isn’t willing to be a doormat either. All she needs is a chance to prove to Daisy that she can be everything he desires. Daisy takes Maria away from the club to test her, giving her a chance to prove to him that she can give him everything he needs in a relationship. In turn, Daisy want to show Maria that he is the only man to satisfy her cravings and desires. These two souls were meant to be together and as the days go by the lovers fall deeper and deeper into a powerful and lasting love. But when secrets are revealed and trusts are broken, will their world come crashing down? I freely admit that author Sam Crescent is at the top of my “got to read now list” no matter what genre this very talented and diverse author is writing in. If forced to pick a favorite story or even a series, I would be hard pressed to do just that, although the Trojans MC Series tend hold a special place on my keeper shelf. I have been anxiously awaiting Daisy’s story for some time now and I can honestly say he was worth the wait. Daisy and Maria’s romance makes for a splendidly rendered story that right away captures the heart and sparks with enough high voltage that will keep the reader turning page after page. The infectious physical chemistry between the lovers is explosive and captivating and yet their emotional bond is tender and honest. There is no doubt with glimpse after glimpse into Maria’s awkward and often times painful childhood where Daisy’s presence has given her spirit and confidence to go forward. He seems to be the one person other than his sister Beth that Maria knows she can count on. It is quite obvious to the reader that Daisy and Maria belong together their journey is just a little bumpy. Under the leather and ink beats the heart of a man who isn’t afraid to love. Daisy is a super sexy alpha biker who is domineering, loving, loyal and fierce. There is no doubt that he cares deeply for Maria but he is hesitant to act on his desire for fear that he will either scare her away or she will reject the nature of their relationship. It is Maria who must stand up and fight to prove her love and devotion to Daisy. The building sexual tension as well as the smoking hot love scenes rock the pages. Readers of this series will enjoy appearances as well as budding storylines from a few of the Trojans and their families. I can’t wait to see what the future holds for Knuckles and Beth in the next book in the Trojan MC series.

Can&#039;t wait for the next book. Love this series, you should read all in order to appreciate them. I hope Beth and Knuckles are next.

I have read all in this series and enjoyed every bikers story,but Daisy and Maria&#039;s story was the sweetest one yet if a bikers story can be called sweet. He loved her from afar and she loved him.They fought and finally were brave enough to be togetherNess these biker stories coming looking forward to Beth and Knuckles story mimi

Sam Crescent has once again given us another MC club member to love at that&#039;s Daisy. Daisy has always thought his sister&#039;s best friend Maria was the one for him but her being younger and him knowing the way he was wasn&#039;t sure she would want a man like him. Maria has always loved Daisy and when he finally wanted to move forward she couldn&#039;t resist. Daisy &amp; Maria are perfect for one another and you can&#039;t help cheering them on to find that they do belong to each other

I love this series and camcorder grateful I discovered Sam Crescent! Daisy and Maria are such a fantastic story. It flowed well, and was never repetitive each page was exciting. This is a MUST read!

Can&#039;t wait for next book loved it also Matt and Luna also sounds like it is going to be good

Another great book must read love how much love these bad add biker have for their women . They would die for family

What a beautiful love story. Daisy and Maria&#039;s love story starts when Maria was a child. Both were in love with each other but didn&#039;t realize it til they decided to try a relationship with each other. Daisy is definitely the alpha male and it is great watching him acknowledge that he has always loved Maria. We also see Duke dealing with a teenager Matthew and dealing with possibility of being a grandfather. His reactions are hysterical. Can&#039;t wait for Beth&#039;s and Knuckles story. Thanks Sam for writing another hit.

I love this series and camcorder grateful I discovered Sam Crescent! Daisy and Maria are such a fantastic story. It flowed well, and was never repetitive each page was exciting. This is a MUST read!

I LOVE LOVE this book! I’ve always liked the setup of the hero being in love with his sisters best friend. He&#039;s known her all her life and they&#039;re just perfect for each other. You&#039;ll love every word written great story to get lost in *****sighs****

OMG!! This was off the charts hot!! Love how Daisy finally got his HEA with Maria. Love how they dealt with Beth situation and the ex girlfriend, and how Maria stood up to the ex and tell her how it is lol. This series just keeps getting better and better each time a book is released. So can&#039;t wait for Knuckles and Beth&#039;s book next and hope I won&#039;t have to wait long.

I love this series. I&quot;ve been waiting for this story and it didn&#039;t disappoint me in the least. It was hot! I love how Daisy went after the dude that hurt his sister and it seems we&#039;re going to see his sister&#039;s story in the future. I also sense that we will eventually see Matthew and Luna&#039;s story although they both need about 10 years or so to do some growing up!! Daisy and Maria are perfect for each other and I can&#039;t wait to see updates on them in future books!!

She's Mine by Sam Crescent

That Ass Is Mine by Sam Crescent