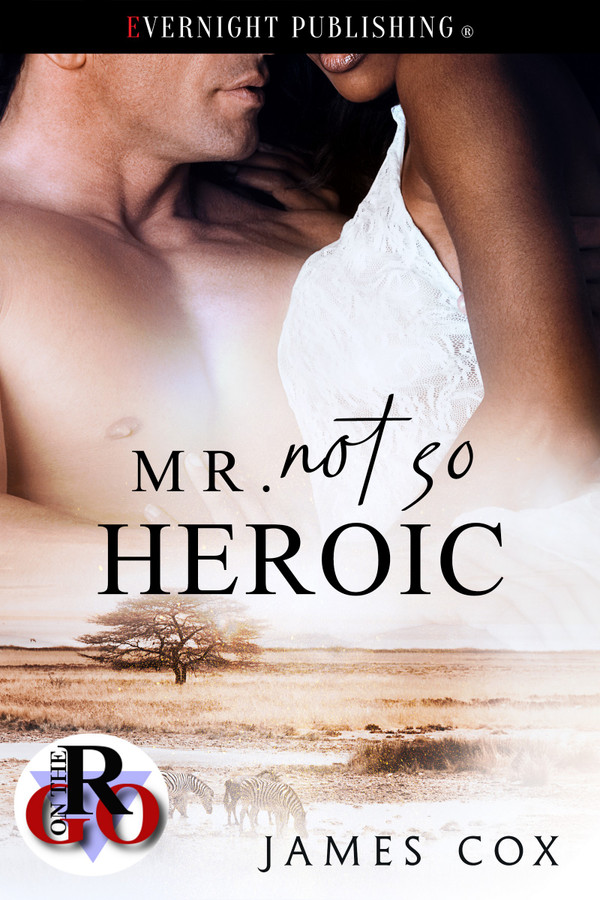 It’s a hard choice but one Amena must make. After their documentary crew is taken hostage in Africa by a rare tribe, she’s stuck in a precarious position. Marry their sexy tour guide or possibly be cooked and eaten.

Is there really a good option here?

Besides, Peter isn’t so annoying and he says it’s all for show. Now, they just have to keep up the act until rescue arrives. That’s easier said than done—the man’s sex appeal is as big as the bulge in his pants.

“Good morning, sweetheart.” He brushed some hair off her face and felt the surge of blood rush to his cock. “And before you ask, yes, I looked.”

She narrowed her eyes at him.

“Don’t know what you’re worried about. You got the best-looking tits here.”

She rolled her eyes and tried not to smile. “Well, gee, thanks.”

He flicked her nose. “I’m serious.” Very serious. The way she looked at him was intense. Was she feeling this too? Maybe it was just waking up mostly naked that had her like this. “Amena.” He licked his lips. “I’m not sorry I peeked.”

“You’re impossible.” She giggled. “Really, you are.”

She snorted and her head lolled to the side to stare at him.

“I wouldn’t mind seeing them again, though.”

“Get out of here.” She rolled her eyes. “You should be focusing on finding a way out of…”

He kissed her. Fuck it. If he was going to die, he wanted to at least know what it was like to kiss her. The moment their mouths met it was like fireworks. Her lips parted and he took control, sending his tongue over her teeth. There were no words, just soft moans and heavy breathing. He was stunned when she didn’t pull away but kissed him back. It seemed to last forever, and it was still not long enough. He eased back and stared down at her. Those green eyes were wide, and she touched her lips gently with one finger.

“You kissed me,” she whispered.

“You kissed me back.” Okay, not the best argument there, but he wasn’t thinking straight. All his blood was rushing between his legs to give him an erection. His cock pressed against the fabric of his cloth, and even that was like a stroking finger. Peter reached out and took her hand. He watched her face as he kissed her palm. If she showed even a hint of uncertainty, he’d stop. He didn’t want to scare her just … kiss her again. Everywhere. Peter kissed her forearm and tugged ever so gently until her arms shifted and he could see a breast. “Told you they were beautiful.”

Peter dragged his fingertips down her arm, across her side, and up. He touched the underside first. They were just enough to fit in the palm of his hand. Peter spread his fingers and laid them over her right tit.

“Do you want me to stop?” he asked, giving her an out. God, he hoped she didn’t say yes. He circled his hand, her nipple poking at his palm. “Just say the word.” His voice dropped. He moved his hand and used his middle finger to circle her hardened tip.

She didn’t say a damn thing.

Amena is the leader on a documentary in Africa. It all goes to hell when they’re attacked. They find the elusive tribe as they flee. However, they don’t believe in single women. She’s stuck with a choice: Marry the sarcastic tour guide Peter or a tribesman. I love how tough and annoyed Amena is. She’s not one to be a helpless woman but she’s stuck in a terrible predicament. She agrees to marry Peter but technically it’s not a real marriage. They’re just trying to survive in the tribe until they can find a way out. However, spending all that time together has them bonding. Intimately. The sex scenes were smoking hot. Wow. Hello, ice cold shower. There’s also some action that really kept the pace going. ​For a short story, Mr. Not So Heroic, is a fun and steamy read!

A perfect combination of steam and snark in this quick and more-than-satisfying read! James gets right to it and I love his writing.