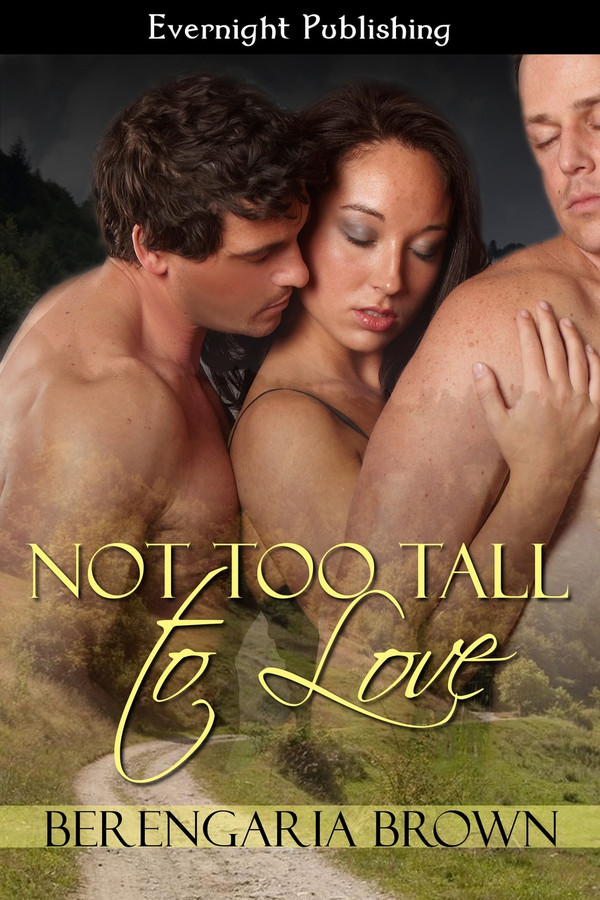 Derek is tall, dark, and dominating. Golden-blond Corey is warm and caring and can turn a campfire meal into a feast. Huldah just wants to prove to herself she can navigate and hike the trail. But the two men are awfully yummy. And distracting. Besides, sex outdoors is very good, especially with two men at once.

Between them, the two men bring Huldah’s passions to the boil and the three enjoy the hottest, most innovative sex ever. What will happen when they reach the end of the trail?

“And she’s worked very hard so she really deserves an orgasm,” added Derek, pulling her sweater and t-shirt over her head.

“Yummy nipples,” he added, pushing up her bra, latching onto one and sucking it into his mouth.

“This pussy’s all mine,” added Corey, unzipping her jeans and pulling them and her panties down to her knees.

But now the men were in control and Derek had his hands on her breasts, pushing them together so he could suck first one nipple and then the other into his mouth.

Meanwhile Corey had his tongue in her slit, and was kissing, licking and nibbling on her nether lips.

“Oh no, not yet. We’ve just gotten started,” Derek said, dropping his mouth to lick the undersides of her breasts before returning to her areolas and nipples.

“Hmm,” added Corey sucking her clit into his mouth and letting his fingers wander through her curls.

Corey’s tongue was thrusting in her cunt, his fingers holding her labia apart and teasing the sensitive skin of her inner thighs.

Andy’s toes curled inside her boots with the need to come.

She pulled her mouth away from Derek’s to beg, “Please, please, now I need—”

Derek pushed two fingers deep into her ass and bit her nipple gently but firmly. Corey’s fingers were in her cunt, curving up to scrape her sweet spot as he bit her clit.

The intense mix of pleasure and pain sent Andy crashing over the edge, screaming into a heady climax. And the words she screamed were, “Derek!” and “Corey!”