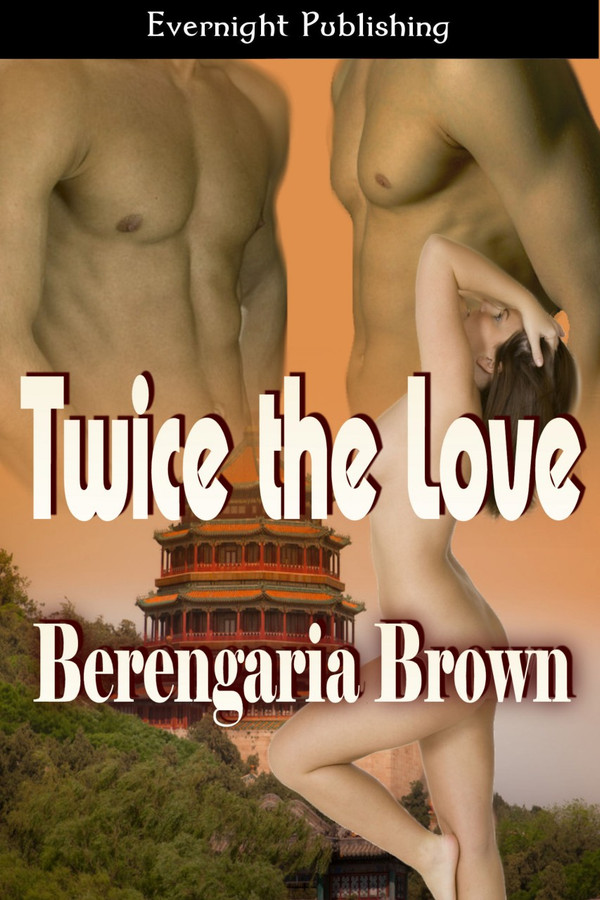 Cherry McNair gives up her life in America to live with Harry and Lee in China. She has been invited to come and live in Beijing with Song Hao (Harry) and Li Chang (Lee), two of the one hundred million young men for whom there are no brides available in China. Will she regret her decision or find happiness as well as great orgasms?

The men are kind and caring, and at first Cherry is happy, learning to cook for them and settle into her new life. And the sex is fantastic, innovative, fulfilling. But one day she realizes she has no job, no hobbies, and no friends. She knows only a few words of Mandarin and the traffic frightens her. Should she return home or stay?

“Please, touch me. I want to come,” she said softly.

“We want you to come, too,” replied Harry. “But not just yet. My Chinese name, as you know, is Song Hao. Hao means good, and we want this first time to be very good for you. Just relax and let us show you how delighted we are that you’re here. Words aren’t needed. Feel. Enjoy the sensations.”

Lee’s hands reached her ass, and he gently soaped the globes then slipped his finger into the crack. Cherry thrust back into his hands, whispering, “Oh yes, please,” as he twirled a finger around the rim of her anus and finally slid his finger inside her dark hole. “Yes, yes,” she gasped, pressing back into him but wanting much more.

Lee’s other hand reached between her legs and began to play with her labia and her cunt.

“Yes, yes,” she moaned, thrusting into his fingers, wanting him to move inside. Wanting them both inside her, now. Harry joined in, sliding soapy hands all over her breasts, rubbing the nipples, palming the heavy globes, lifting them and holding and squeezing them together.

“Oh yes, more,” said Cherry, pushing her hips and breasts into the men’s hands, feeling an orgasm start to coil in her belly.

Harry’s mouth descended on hers, kissing gently at first, then more urgently. He licked along the seam of her mouth and she opened to him, wanting more. Wanting to come. Harry thrust his tongue deep into her mouth, showing her exactly what his cock would be doing later that night.

Lee said, “Now I think it is time to go to bed and fuck. You’re ready now.”

Cherry lay on her stomach, her legs wide apart, as the two men took turns rubbing gel deep inside her rectum and playing with the rim.

She was gasping and panting and wanting to come again by the time they decided she was fully prepared, and they stopped to put condoms on their cocks, which were long, hard, engorged, and red with need.

Lee lay on his back and she sat on his hips as he gradually inserted his cock deep inside her. When he was seated in her to the hilt she rested flat on his chest, enjoying the hard wall of his muscles against her softer body, his olive-toned skin against her paler color, as Harry parted her butt cheeks and pushed his cock in, past the tight ring of muscles.

Her cunt walls were stretched wide to accept Lee inside her. She already felt so full. But as Harry gradually pushed into her ass the tension in Cherry’s body increased ten-fold.

Not Too Tall to Love by Berengaria Brown