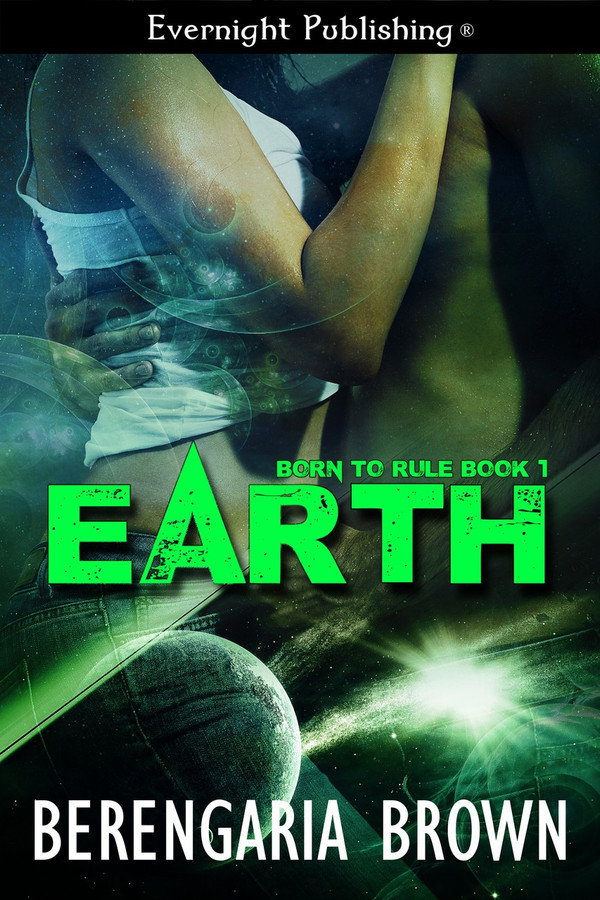 Every twenty years a small group of warriors from Mu Arae 7 come to Earth to find their brides. Andreas captures Terah on the hill near where his spaceship lands and knows he has obtained his bride. He claims her immediately because he knows she’s the only woman for him.

Terah's running from trouble when she’s captured to be an alien’s slave. There’s nothing she can do to escape...but would she even want to?

Terah took a deep breath in through her nose. “Danger. There’s danger here.”

She picked up her pack and screamed, “Run!” but it was too late. As the four of them scattered, a horde of enormous aliens burst over the hill and captured them. One of the giants grabbed her, sweeping her into his arms, and saying something in a language she didn’t know.

Terah kicked and screamed, struggling to get free from arms that were like ropes around her body. His hand, twice the size of hers, covered her mouth and nose.

“I found you and you are mine. By the laws of all Mu Arae I claim you.”

Terah went limp in his arms. She was a slave. The long walk, the days and days, hands and feet of them for her, for Skye, for Raine, and for Flame, were all wasted. Instead of escaping from the aliens they’d all been caught almost at the safe place. The aliens must have discovered it and waited here to trap them. Now she was this man’s slave forever.

The man called out something in the strange language, and then there was silence. He was holding her so tightly against his chest she couldn’t even say goodbye to her friends. Tears prickled behind her eyelids but she refused to cry.

Goodbye, Skye. Goodbye, Flame. Goodbye, Raine. I hope your aliens aren’t too horrible to work for.

The alien turned her in his arms and spoke slowly in English. “Do you understand that you belong to me now?”

“Yes.” Her voice was soft and defeated so she immediately squared her shoulders. She belonged to him and had to do whatever he told her. But inside he couldn’t change her thoughts and personhood. She would always be Terah in her heart.

“You are my bride. We belong together. You will stay with me and we will rebuild the land.”

Terah didn’t understand the word bride. But since she had to stay with him and work the land she guessed slave was close enough to the meaning. At least she knew how to scavenge food and which plants they could eat. He was so big she supposed it would take most of her time every day just to find enough food to feed him.

He put her down and began to undress. His purple clothing looked very strange to her, but then she’d never seen an alien before either. At least he had arms and legs just like hers, and his hair was blond. His eyes were different though. She’d never seen anyone with purple eyes before. When he was naked, he pulled her closer to his body and dragged her shirt off over her head. He pulled so hard she worried that it would tear.

She stepped back and undressed, even taking her sandals off, and stood naked before him. She couldn’t decide whether he was just looking to see what he’d gotten, or if he was going to mark her in some way to show she belonged to him, or whether he wanted to have sex with her. As his slave there was nothing she could do to complain whatever he wanted to do with her. He’d told her twice she belonged to him and she accepted that. She’d known the aliens were coming looking for slaves. It was just bad luck that she and her friends had been caught.

“You are too thin. You need to eat more,” he said.

Yes, well, that was only going to happen if he permitted her to eat more, but it was a positive sign that he meant to feed her.

“Andreas.” He tapped his chest and looked at her.

Apparently they were exchanging names. “Terah.”

This is an interesting premise. Earth suffered a global catastrophe and, years later, humans exist in a hunter-gatherer, pre-industrial lifestyle. They lost much of humanity&#039;s knowledge and technology, so imagine their surprise when the aliens land, looking for brides. Every 20 years, a select group of the very best warriors journey to Earth to look for women to bear their children and be their mates. On the sci-fi side of the story, there&#039;s a prophecy involved and these aliens are supposedly going to save the planet. On the romance side, they fall in love and have sex--lots and lots of sex with spankings, submission, and Terah doing things she didn&#039;t want to do. Andreas knows that Terah is the one for him, but she isn&#039;t so sure. Terah struggles with the submission aspect of their relationship and is constantly fighting him. She isn&#039;t the perfect picture of submissive womanhood and resents the control. The book takes them from capture to HEA with a lot of sex, dominance, and saving-the-world stuff thrown in for good measure.

Once upon a time..... The book starts out with an elder telling the tale of how the human race got to where it is today. And it ain&#039;t no fairytale. The human race has been sent backwards when to survive, tribes traveled the land. Nuclear bombs, war, disease - they all played part in the destruction of the electronic age. But wait! Aliens are part of this tale, and they have a mission to save earth and help it rebuild. But the natives don&#039;t see it that way .... Terah and her three friends are running to safety, away from the marauding aliens. But instead they run right to them. By accident or design? Not much character building for Terah, other than she&#039;s the smartest of the group as she memorizes the map. Writing, reading and math are all lost. The lead male character, Andreas, is commander and kind of presents as an ass, but he has an agenda we don&#039;t know yet. The instant submission on Terah&#039;s part and instant demand for sex on Andreas&#039; part left me a little repelled. I enjoyed the story line, it was unique, but I had trouble rectifying a few things: What brought the aliens to earth? How was the &quot;bride&quot; and &quot;magical pairing&quot; discovered? The areas noted on descent into the atmosphere; how far advanced are they? I hope the following books answer these questions. I will be reading them to find out.

Rainbow of Happiness by Berengaria Brown