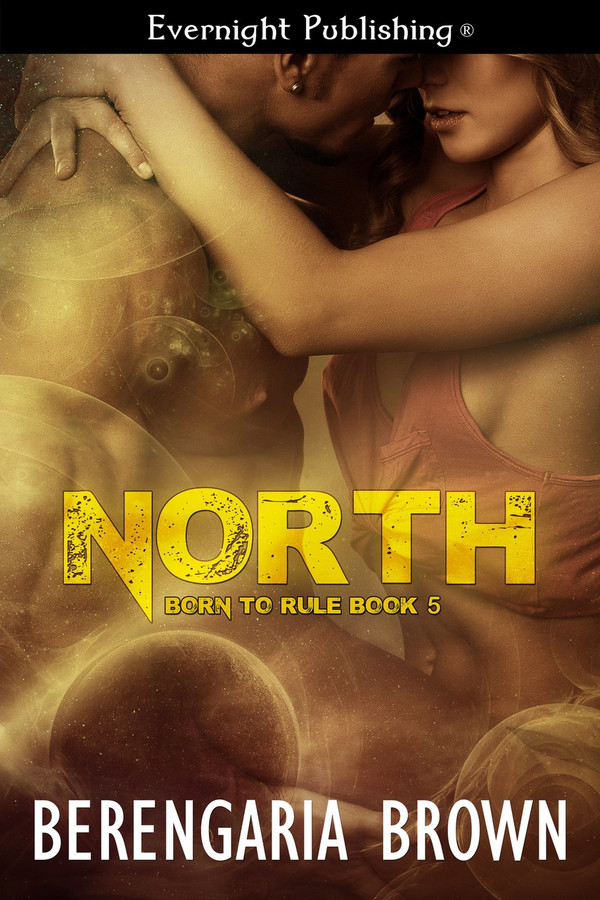 Nora hopes to find a husband at the Gathering, but the directions they were given are wrong and a huge cliff separates them from the path they need to travel.

Mu Araen warrior Herman keeps watch on the nav system hoping to find his bride. Instead he finds an entire community stranded and in trouble. Will he find his bride here?

As soon as it grew dark Simon said, “Sleep now, everyone. Tomorrow we’ll stay here so everyone can rest and recover, and then we’ll push on and reach the Gathering place in two days.”

She’d forgotten that the people hadn’t been told there was still a two-day walk ahead of them, but few people complained. Most were glad of the rest though. She wondered if everyone would sit up late around the fires, talking, but Herman’s hand on her arm reminded her she wasn’t a free agent anymore. She had a warrior to serve. She picked up her pack and followed him away from the main group of people. They didn’t go very far, perhaps half a mile, to where a small purple tent had been set up. She stood still and looked all around. If she checked very carefully she could see the faintest hint of another purple tent well to her right, so she guessed all the warriors had tents and had pitched them over here. She liked the idea of community, yet privacy. Her own people had no tents. They wrapped themselves in a blanket to sleep and stayed near the fires. But of course, they’d expected to be at the Gathering by now.

“Crawl inside,” Herman told her, his eyes glowing bright purple in the dim light.

Obediently she dropped to her knees and scrambled through the opening. There was a foam mattress on the ground with a blanket over it and a single pillow at the end of the tent. What was she supposed to do? Sit on the bed? Herman had referred to her as his bride, but what exactly did that mean to him? Was she more a servant or more a partner? In her community young women were considered of lesser value than young men. Sometimes that might change with age, as old women were still able to cook and care for the children, whereas some old men had few useful skills. But that didn’t help her now. What would her warrior expect of her? To be safe, she kneeled in the gap between the bed and the tent.

Herman followed her in, dragging her luggage with him, and pressed the sides of the flap together, sealing them inside.

“Is it all right to leave these here?” he asked, leaving the bundles to one side of the doorway.

“The big one isn’t mine. I’m carrying it for someone else. The small one has my things in it, but I don’t need them right now thank you.”

“Why are you carrying someone else’s bundle? It’s heavy.”

He sounded curious rather than angry, so she smiled as she answered him. “That’s why I’m carrying it, because it’s heavy. Josie has a new baby to carry, and a three year old she also has to carry some of the time because he gets tired of walking. She has a small bundle of the things the children need, but she can’t tote all these things as well.”

“I should think not. Why doesn’t the children’s father carry the older child?”

Nora looked down. She liked James. He was much nicer than Remy and some of the other men, but—

“Many of the young men consider helping the women to be beneath them. Young men are the highest ranked people in the community, under the leader. If they go around helping women and children and low ranked people they might lose their status in the eyes of the other men.”

“In the eyes of men like that idiot who threw the water away?”

“Remy? Definitely. He would never help anyone.”

“I can see I’ll need to chat with Simon about the value of cooperation. If Mu Araens can help save his planet he can learn to help his own community.”

Nora shivered a little at his strong tone. The words he used were perfectly ordinary, but the power and intensity behind them told her that people like Remy wouldn’t like what Herman said. She had to agree though, that it wouldn’t hurt the men to help out a little. They didn’t all need to be ready to challenge danger all the time. There hadn’t been the slightest hint of danger at all, and the men who were supposed to be guarding the people were huddled together talking to each other for most of the evenings and during the journey instead of watching for trouble anyway.

“Enough talk. Come to me, my bride. Do you understand that you belong to me now and that I must claim you to release your power?”

“Yes,” she said, although she wasn’t quite clear on what belonging to him, or being claimed would involve, or what releasing her power meant either.

“On Mu Arae 7 we have a saying about claiming our bride. ‘Morning, noon, and night. Fuck her mouth, fuck her cunt, fuck her ass.’ I plan to fuck you in all three places tonight. Are you ready for me, my bride?”

Simon had given her to Herman. She was Herman’s possession now. For a moment she wished he’d hold her so she could see if the spark between them burned again. Then she realized it didn’t matter anyway. It was too late. She had no say in the matter and besides, he seemed a nice and caring person. She’d begun this journey to the Gathering thinking she might find a husband, and one had been given to her. While she hadn’t been expecting so much sex with no warning, there was a good chance she’d enjoy it, maybe have a few orgasms, and it’d be nice to be married and not a young woman at the bottom of the social system, with only children of less value than her.

“I’m ready for you. I’m your woman. But I’m not very experienced and you must teach me what you like and how to please you.”

“Oh, I’ll teach you many things. Undress for me, my bride.”

This story is definitely different and I loved that the author stepped outside the box with this one. I enjoyed Nora she was great. Looking forward to reading more from this series