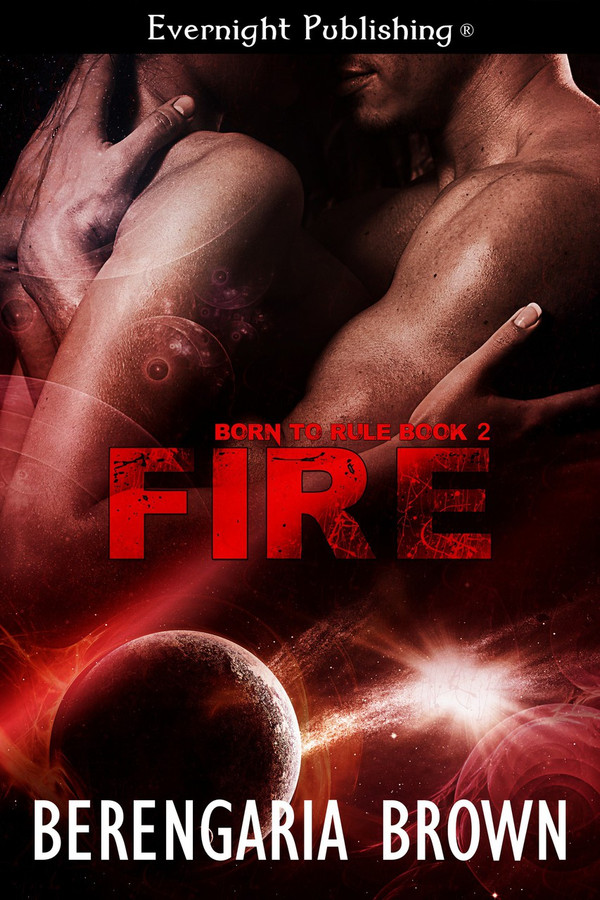 After being captured by aliens, Flame is locked in a room unsure of her fate. When a huge, muscular man with purple eyes shows up, she is taken to his room to be his slave.

Chad was thrilled to find his bride so soon after arriving from Mu Arae 7, that he claimed her with haste. Now he has to work on showing her he doesn’t just own her, he also cares about her.

Was that what would happen now? Was she going to be assessed and chosen as a slave?

Flame shook her red bangs out of her eyes. She had no choice. She’d been captured and if she was to be a slave she couldn’t change the facts. All she could do was hope her captor wasn’t horrible to her.

Terah had smiled and had no bruises on her face, so that was a hopeful sign.

Then the aliens served the food. A huge bowl of meat and vegetables all for herself. She didn’t have to share with anyone at all. And she was even given a spoon to eat it with. She had to struggle to remember how to hold a spoon. It’d been many years since she’d seen one. Her people moved from place to place scavenging food as they went. It was rare that they stayed in one of the old houses that might have things in it like bowls and spoons.

Finally she was given a cupful of hot black liquid that tasted as good as the food had, and quenched her thirst completely.

The alien beside Terah stood up and said, “My name is Andreas and I’m in charge of this mission from Mu Arae 7 to Earth. I captured Terah. She is my bride.”

So Terah belonged to him. She had been captured by him as Flame had guessed. Then the man pointed to her and Flame almost shook with fear before she realized she was supposed to say her name. “Flame,” she said in as firm a voice as she could manage.

One by one everyone said their name until a black-haired man’s turn. He said, “I’m Chad the chef here. When I’m permitted to touch Flame I will prove to you all she is my bride. I knew it as soon as I scented her body.”

Flame shut her eyes. He’d chosen her as his slave and there was nothing she could do but obey him.

The man in charge said, “You may take her to your room.” The black-haired man came over to her and held out his hand. Silently Flame stood up and took it. His hand was huge. He was enormous. Much taller than her and his body was a lot wider than hers.

Hearing that she was being taken to the man’s room made Flame think just one thing. He would fuck her. And if she wasn’t good enough maybe he’d beat her, or even kill her. How could she be good enough for him? She was a virgin and didn’t know how to pleasure a man. She lived in a community, so she wasn’t completely clueless, but she’d never touched a man’s cock and had no idea what would make him come.

Fear rolled through her body. Flame walked behind him up a narrow twisted staircase, breathing shallowly with the tension of what was about to happen to her. Sweat trickled down her spine and she had to grit her teeth so they wouldn’t click together with nervousness. He took a black thing from some hidden part of his clothing and a wall slid open. Inside was a small room with a bed, a table, and chair. It was clear that her guess had been accurate. She’d have to please him, even though she didn’t know how.

This is an interesting series with some very intriguing characters. Looking forward to book 3