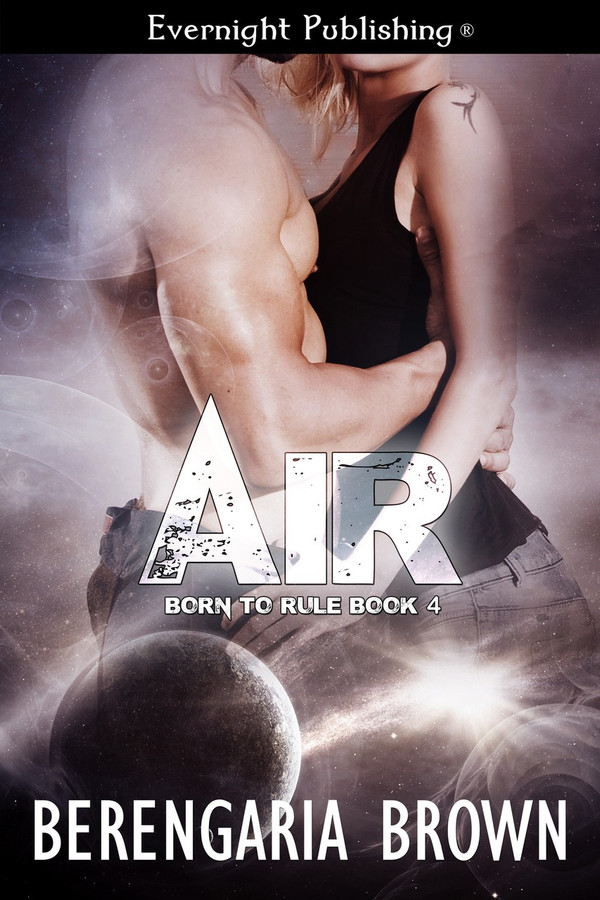 None of the huge aliens from Mu Arae 7 have chosen Skye to be their slave. Not that she wants to be a slave, but she’s lonely now that all her friends have been taken. Then Gabriel comes along. For an alien, he’s kind to her even though she doesn’t always understand what he wants. Skye feels hopelessly inadequate, and so much less worthy than anyone else here. Why does he want to claim her?

Gabriel knows he wants Skye, but how can he convince her to trust and accept him when he’s capturing her?

Gabriel tucked her down on his torso again, this time with her white-blonde hair in his hands and her head resting over his heart. He threaded his fingers through the strands of her hair. Like her body it was delicate, but strong.

“Tell me what it was like growing up on this ruined planet. What has your life been composed of up until now?”

She spoke slowly, thoughtfully, and he liked that she took the time to answer him properly instead of just parroting off some casual remark. He genuinely wanted to learn all about her. She was his bride and her pleasure was his priority for the rest of their lives. Certainly he was her master. He was the warrior and the one in control in their relationship, but without her power the Earth wouldn’t be redeemed, so she was important as well.

“My community are scavengers. We’re always moving on finding food to eat. The elders locate safe places for us to stay, especially in winter when it’s very cold, but the women are the ones who find most of the food—fruits and vegetables, tubers and fungi and edible grasses. It’s a good life. It was very rare that there wasn’t food for us to eat at night.”

“I know you only ate once a day. It’s no wonder you’re all far too thin. Now you can eat properly and your bodies will fill out more. Tell me about yourself. You personally.”

“There isn’t anything to tell. I’m just me. Terah, Flame, Raine, and I grew up together and have always been friends. We’re used to doing everything together. But I don’t know how that will help you. I promise to obey you though, sir, and be the best slave I can be for you.”

“You’re already perfect, my bride. Your body is addictive.”

Gabriel groaned. Despite his orgasm only a few minutes before, his cock was already hardening and stretching.

“Sit on my hips and let me look at you properly,” he ordered.

She straddled his hips and her cunt was damp on his skin. Good. He planned to make her much wetter and then fuck her. But first she was a playground he hadn’t yet explored.

Gabriel pushed her hair back over her shoulders, and then ran his hands down her sides. He could see and feel every rib, but now she was eating properly, her body would soon cover them over. Her hips jutted out as well, but the same thing applied to them. A few months of proper nutrition and she’d have curves instead of angles there. Fortunately she had perfect breasts. Small ones, but just right for him to suck into his mouth.

He flicked his tongue over a nipple, watching her shiver at his touch. He sucked her breast into his mouth, tugging on the nipple and then swapped to her other breast. Now her cunt was even wetter on his skin. She liked him touching her.

He pushed her breasts together and licked and sucked from one nipple to the other and back again, and then he lifted his head and drove his tongue into her mouth, fucking every inch of the warm, wet, cavern until they were both sobbing for breath.

“It’s time for the second claiming, your cunt.”

I&#039;m glad Skye finally got her story. Gabriel was perfect for her he is gentle and caring. They made a great match. The whole idea of the four females and their powers sounds great. I would love to read more about the colony and what happened after their powers are unleashed. All in all a good story!