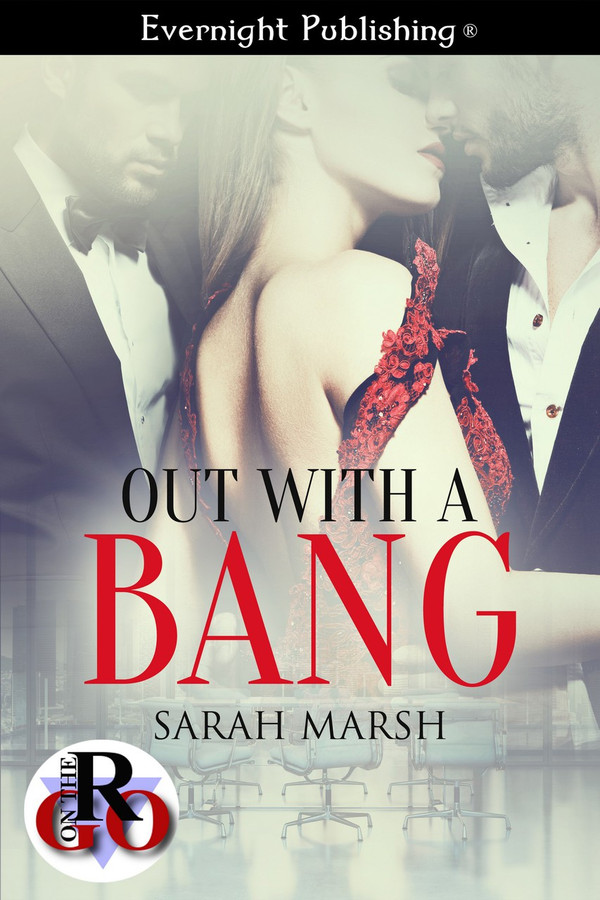 When Laura Harper walked into her interview for Dover and Harding Engineering, she never could have imagined how rewarding it could be to find a place for herself where her organizational skills were relied upon and needed so badly. Sure it didn’t hurt that the two men who had hired her were straight out of her wildest fantasies, but had she let her feelings go too far? Was it just wishful thinking that they might want her in return?

Greyson Harding and Barrett Dover knew the moment Laura walked into their office that they’d finally found the woman they wanted to share their lives with. So they began by hiring the sweet, shy woman and hoped they could convince her that their interest was more than a passing attraction. But after five years they’ve finally run out of time and if they aren’t careful, they could lose Laura for good.

Laura had been busy all day, knowing that Grey would want to leave right at five if they were driving downtown to go shopping after work. It was a typical, crazy Wednesday afternoon. Last minute things always seemed to pop up in between Christmas and New Year’s Eve. She was going over the outgoing blueprint order for the day with their courier when Troy popped his head out of the boardroom door with a panicked look on his face. They were currently on a conference call for a project that was on a tight schedule, and the owner was overseas so every minute counted.

“Laura, can you grab Barrett for us? Marvin wants his opinion on something to do with the inner courtyard and he simply will not take our opinion on the matter,” Troy said in a flustered voice.

“Sure, just give me a second to get these blueprints out.”

“Don’t be ridiculous Laura, I’ll go let the boss know that they need him,” Paige said, appearing out of thin air.

Lord knew that when anything else Laura needed help with was brought to light, Audra and Paige immediately were nowhere to be found, so it was a little suspicious that she was suddenly so helpful.

“Great, thanks, Paige … and can you tell him to shake a leg?” Troy added. “We’ve only got twenty minutes before Marvin has another meeting to go to.”

Laura finally finished up with the courier almost ten minutes later, happy that everything had gotten done for the day, when Troy opened the boardroom door again.

“Where’s the boss, Laura? Marvin’s getting really excitable now. You know how he is about being late.”

“I don’t know, Troy. But you know it’s possible that Paige got distracted by something shiny. I’ll go grab Barrett,” she said, wondering what was keeping him.

As she went down the hall and rounded the corner to Barrett and Grey’s office, she saw Paige just coming out. Laura opened her mouth to ask what the delay was, but the other woman cut her off before she could utter a word.

“He’ll be right out,” she said with a wink and a smug smile, as she made an exaggerated point to refasten the top button of her blouse and pull down the too-high hem on her skirt. “He’s just putting himself back together, if you know what I mean.”

Laura was shocked. She did know what Paige was implying, and it was all she could do to keep the heartbreak from showing on her face in front of the slut. She didn’t want to believe that Barrett or Grey would take such obvious bait, but they were just men after all, weren’t they? Had she just built them up in her mind over all these years to be more than they were?

At that same moment Grey came around the corner from the washrooms and took in the scene of Paige walking away fixing her clothes, his head tilting in curiosity.

“What’s up, Laura? Are you ready to go?” he asked, opening the office door. “We should try to get a jump on the traffic.”

Grey stepped in and walked to grab his jacket and wallet, and Laura could see Barrett sitting there at his desk. When he looked up and gave her a smile, her stomach turned again as she noticed that his tie was loosened and askew. Her imagination suddenly ran wild with pictures of Barrett and Paige doing all sorts of things at that very same desk.

She turned quickly and left to go grab her things before either man noticed her barely contained tears.

This was a short but very sexy story. I loved it and would really like to see another book with these three. Maybe the author will consider that in the future!!!