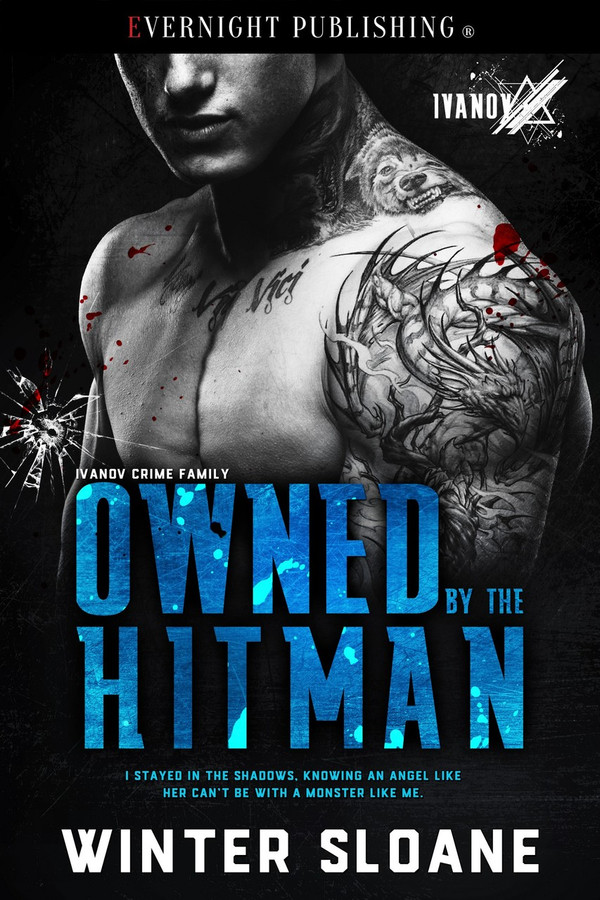 Ruby’s the one that got away. I stayed in the shadows, knowing an angel like her can’t be with a monster like me. I watched her turn from girl to woman, become bride and mother to a cheating scum who didn’t deserve her. Now that scum’s dead and I’m done waiting. Her brother owes the Ivanov Family money and I’m collecting her as interest.

I’ve made plenty of bad choices in my life, but I’m about to make the worse or best decision yet. I’ve known Sergei Ivanov since I was eighteen. He’s exactly the kind of man my mother warned to stay away from. But Sergei’s the only one capable of making my heart race and set my body on fire. Sergei’s here to collect a debt, but I’m not sure I’m able to resist him.

“What do you want?” she asked, despite knowing what.

“You know why you came here.” He leaned lower. She became all too aware of the scent of him, his aftershave, cologne, his rough stubble brushing against her cheek. “Pay up, sweetheart.”

Her heart threatened to burst out of her chest.

It didn’t help her body betrayed her. Ruby could feel her nipples tightening to hard points. Moisture seeped into her panties. She tried clenching her thighs together, but had a feeling he saw right through her.

Sergei reminded her of a patient predator, but he considered the hunt over. Another woman would have balked, be insulted by his offer. She wasn’t just any strange woman. Ruby saw the truth in his words. Ten years ago, they hadn’t met by accident. After crossing paths with him, she measured every man that came after against him.

None of them could compare to him. He ruined love for her.

“Yes.” She flung the word out, recklessly, impulsively, yet her heart soared and her soul wept in relief.

“I know you’re man who always gets what he wants.”

“Except the only thing I’ve held myself back from,” he replied, taking a step from her.

He offered her a hand up, but she knew he was no gentleman. Ruby didn’t want gentle or sweet. She wanted rough, crass. Sergei.

Sergei yanked her close until her heavy breasts were pressed against his solid chest. He cupped her ass, rubbing his erection against her stomach. The hell with clothes. She wanted them to touch skin-to-skin.

He clasped the nape of her neck, holding her in place, so she was all but helpless to prevent his kiss. Ruby must have imagined this scenario a thousand times or more. Sergei didn’t disappoint. He nipped and sucked on her bottom lip. Sergei bit hard enough to draw blood.

He thrust heat into her. Her insides melted, her toes curling.

Ruby felt like she’d unleashed a beast that had been denied far too long, and yet she wanted him to ravage her, consume her. Possess her body in every way.

I was drawn to this by the blurb and as it was the second in the series, of course, I had to get the first one too. I read this in one sitting and thoroughly enjoyed it. Sergei is as drool worthy as he&#039;s dangerous, and Ruby is a heroine you could root for. I&#039;m already looking forward to the next in this series. :-)

wonderful story. Here you see that even a hitman( bad person???) can fall in love for the right person, they are still humans.