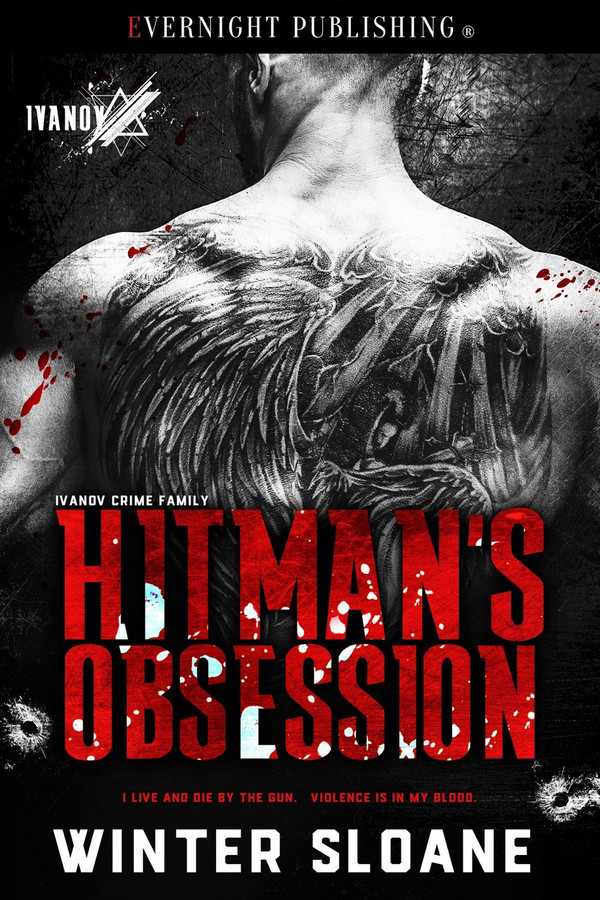 Dimitri: As a hitman for the Ivanov crime family, I’m good at two things—fucking and killing. Love is for pussies. I live and die by the gun. Violence was in my blood, until I caught a glimpse of a sweet and curvy virgin. She’s not even mine, but once I set my sights on something, I never give up.

Sonia: I began as his prize, a captive stripped of my ability to make choices. I never expected to find solace in a man the world considers a monster. Dimitri completes me. I’m about to give up my purity and become his, body, heart, and soul.

Dimitri tipped her chin, scattering her train of thoughts away.

“Sweet girl,” he murmured. He stuck his tongue out and licked away the trail of tears drying on her cheeks. Her eyes widened at the brush of lips on her mouth, every muscle in Sonia’s body freezing.

Dimitri didn’t take her lips with force like she’d expected a man like him to kiss. He started tentative, slow, sucking at her bottom lip, licking at where she’d bitten down earlier and had torn skin with teeth.

His grip on her body told a different story. He slipped his huge hands past the hem of her top, skimming her curves hungrily, as if he wanted to leave imprints on every inch of her.

Dimitri’s mouth coaxed a response from her. Sonia kissed back, desperate, needy. He fisted her hair, tugging her close, urging a more violent response. The slow dance ended. Their tongues and teeth tangled. He pushed his tongue down her throat, and she sucked him down, drunk on the scent and force of him.

Once Sonia had a taste of Dimitri, she wanted more. His touch was lethal, sparking a fire inside her she didn’t think existed anymore.

Sonia became aware of Dimitri’s erection, pressing up against her stomach. Moisture flooded her panties. Her nipples tightened to points. She wanted to rub herself against Dimitri, wanted to get rid of their clothes so they could touch skin-to-skin.

When he released her, Sonia was panting. With one kiss, he managed to light every nerve in her body, and she wanted more. She felt tipsy, ready to take this further. Except her conscious mind reminded her they were in the middle of the highway.

Sonia seldom dated. She busied herself at school, at her part-time jobs to keep her mom and herself afloat. Then she’d immersed herself in teaching. Sonia nearly gave up on men. They disappointed her in the end, wanted only one thing from her. She broke things off before they turned serious.

She only needed to take a look at her history with her father. He’d come out of nowhere, wearing his same easy smile that was full empty promises. Alarm bells had rung in her head. Why would he come out of woodwork after ten years without a word? But the hopeful idiot Sonia was, she’d believed his lies. She let him take her out for a drink to celebrate their reunion.

What did he do with the secret she’d told no one else? He’d used her virginity as a fucking bargaining chip to save his own skin.

Sonia had trust issues, and didn’t have a problem fending off unwanted attention from the opposite gender. Tangling with a man like Dimitri, though, was like playing with a live grenade. No matter how she played it, she wouldn’t come out of this unscathed.

“We should go back to the car,” she said, voice still thick with need.

Sonia is leading a normal, some would say boring life, until the day her absent father walks back into her life. Now she is on the run with a man who gambled his life to save hers. Dimitri lost his mind the moment he looked Sonia in the eyes. He has led a less than perfect life and lived for his loyalty to the Ivanov family. He did everything for them but the one thing he will not do is let the family destroy the innocence of Sonia. Dimitri is Sonia’s only hope for survival but he may have to sacrifice his own to save her. Sonia must decide if she is willing to let him, or is she willing to fight for him as much as he fought for her? Dimitri and Sonia are a sweet couple who are learning life’s lessons from each other. The storyline is crucial to the success of the book. I like Dimitri, though he is a rather dark character. Ms. Sloan is a talented writer who offers suspense, intrigue, and hot romance. I recommend the writing of Ms. Sloan and the Hitman’s Obsession as I look forward to the next book in the series. Delane Reviewer for Coffee Time Romance &amp; More

Great start to what promises to be a wonderfully gritty series. We all love a bad boy and you don&#039;t get much worse than Dimitri. Of course, these bad boys fall hard when they do fall, and Dimitri is no exception. The lengths he goes through to protect Sonia.... well, I tell you, I was on the edge of my seat reading this. Sonia was a great heroine, who is not afraid to grab happiness with both hands, even when all looks lost, and is willing to fight for her man. Great stuff all round.

This mob story is soooooo good. I read it in one day. Lots of twists with the element of surprise. The sex scenes are scorching hot!!!! Dimitri is my new book boyfriend!!!!!! Looking forward to the next book in this series!!!!! Well done Winter!!!!!

This was my first Winter Sloane book and I wasn&#039;t sure what to expect, but I ended up loving it. The story was short, but still entertaining and had enough depth to keep me interested. I loved that despite being a ruthless killer, Dimitri was sweet, overprotective, and gentle with Sonia. Their chemistry was explosive and hot. I had no issues with the instant love and lust; I personally thought it was written well. I only wished this novella was longer as I would have liked to spend more time with Dimitri and Sonia, but this story wrapped up nicely nonetheless. I&#039;m definitely curious about the other men mentioned in this story (e.g. Sergei, who I hope will get his own story). One thing I ought to mention, though, is the editing. Although not massively distracting, there were several editing errors that caught me off guard while reading. This makes me question if this actually did go through an editor. Anyways, as for the overall story itself, I highly enjoyed it and look forward to reading more of Ms. Sloane&#039;s books in the future.