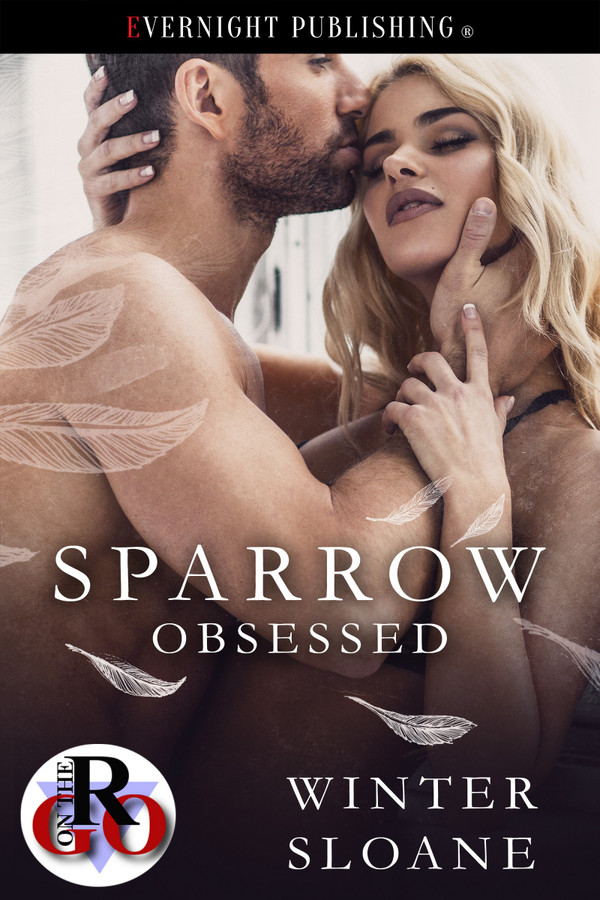 Jane Sparrow’s work requires perfection. She designs high fashion couture weddings dresses for a living. She’s in control of every aspect of her life every day of the week, save one. On Fridays, she allows herself to let loose and submit herself completely to one man. If Jane’s not careful, it's not only her body Jacob would hold captive, but also her heart.

Jacob Farr expects nothing but blind obedience from Jane. She’s his sub, his property. Jane’s the little sparrow that willingly flew inside his cage. He’s no longer content having Jane to himself once a week. Jane’s become his drug, his unhealthy obsession and Jacob will do anything in his power to make her permanently his.

Jane’s hands started to shake. Same thing every week. She felt like she was at war with herself each time she stood in front of his door. Not too late to back out. Leave quietly. Jacob was probably on his laptop, answering leftover work emails, unaware she was unable to bring herself to use his key.

If Jane kept letting him in, he’d end up devastating her. She gave him complete creative freedom to play with her body, but her heart would always belong to her. A pretty lie she kept telling herself.

Leaving now would mean remaining unfulfilled for the next six days. On edge. Moody.

Jacob never locked the front door. She pushed the door open to find him in the living room, laptop propped on his knees. He didn’t look up when she entered. He never did. For a few seconds, she allowed herself a full view of him.

He was twice her age, but he regularly worked out and it showed. Muscles peeked under his plain white shirt and the worn jeans he wore. Jane liked how he wanted her to look all dolled-up while he dressed down. Jacob always wore his black hair slightly peppered with white military short, and it made his face look brutal, almost severe.

Jacob leveled his piercing gray eyes on her and did that little twirl with his finger, as if to say, what are you waiting for? They’d done this particular dance several times. He didn’t need to give her orders. She knew what to do.

Jane set her purse on the floor, next to his rack of shoes. She slipped out of the pink fuck-me stilettos she’d chosen for the evening. Next, she took her coat off. She folded it neatly right over her bag, almost forgetting his little assignment.

Jane knelt, plucked his old baby blanket from the front pocket of the coat, unsurprised to see his denim-clad legs in front of her. Her heart spiked, seeing what he held in his right hand. Her collar. A simple black leather band with a circular silver tag on it. Two words were embossed on it. His pet name for her. Little Sparrow.

Seeing her collar filled her with indescribable joy, a strange inner peace. All her initial apprehension, her fears about falling hard for a man who’d never be hers, disappeared. The past was a distant memory, and the future was filled with too many uncertainties. None of it mattered. This was the present and tonight was Friday. Their special night.

Jacob hooked a finger under her chin, making her look up. He didn’t smile. Jane never thought she’d ever seen him curve his lips upward, only down.

“What do you have for me tonight, Little Sparrow?”

Jane and Jacob are in a D/s relationship. They both want more but are afraid to voice it. This was a quick read but great all the same!!

Jane and Jacob are in a dom/sub relationship. Which requires a huge amount of trust. They each want more but like teenagers in love, afraid to say it. A situation arises and it&#039;s now or never. A quick read but you are drawn to the characters and want them to have more than just kinky fun. I received an ARC for an honest and voluntarily review.

When their weekly private agreement did not satisfy Jacob any longer, he began to make subtle changes to their “hundred-percent BDSM-centric” routine, something to draw his sub into his life. He was no longer in control around her, it seems, and wanted more, finding himself at odds waiting for their night together. Jane wanted more as well, but it was not her place to suggest anything. She was going to enjoy her dom until he got tired of her. What she did not expect was for Jacob to want to stake a bigger claim on her, something she has been secretly wishing for. A sexy possessive-male-gets-his-girl story!