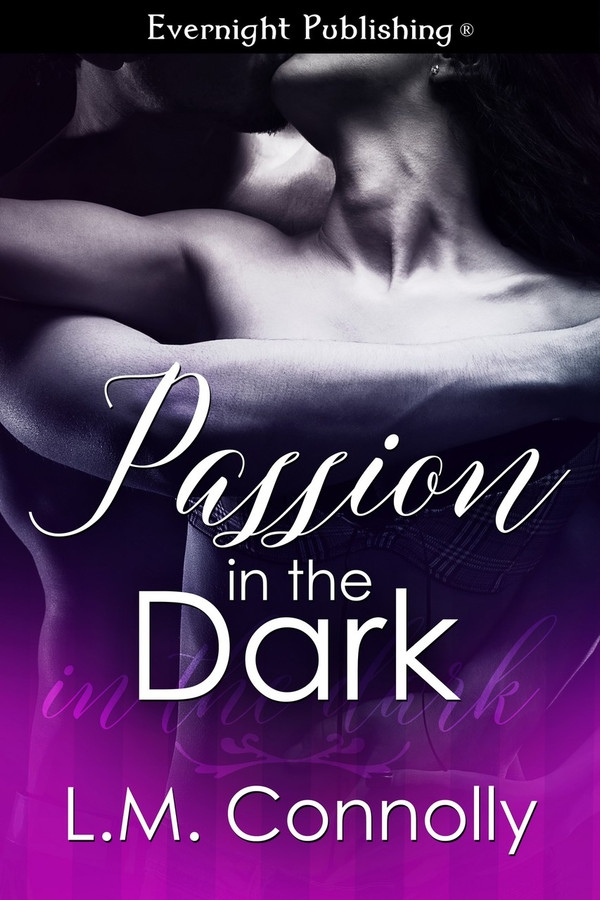 Two people meet in the dark to have hot, sweaty, anonymous sex...

But Whitney is increasingly drawn to her stranger. He’s powerful but gentle, and murmurs to her in Greek. But if he saw her face, it would all be over. Whitney’s looks make her unphotogenic. If she wants her promotion, she’s going to have to make some drastic changes. How will her stranger feel about that? He means more to her than he should.

Reporter and thriller writer Jay has his own problems, but he doesn’t count Whitney among them. She’s the lover he’s always wanted. He doesn’t give a damn about her face, but how does prove it? Once he tells her the secrets he’s holding, she’ll kick him out of her life, but he’ll have to take that chance. Even if he wants her far more than he should.

Whitney slid her keycard into the slot of a hotel room door in downtown L.A., the kind of hotel that hosted conventions and business meetings. Anonymous and huge. The green light flashed and she pushed the door open.

Someone dragged her into the room and slammed her against a wall. The door clicked shut, blocking out the only light available. The room was in pitch darkness, the windows covered, the lights out. She hit the wall with a soft thud, her face against the paper.

Her attacker grabbed her around the waist, his free hand dragging her head back by her hair, and then his mouth crashed down on hers, taking her with a hot desperation that flung her into the whirlwind. Now she couldn’t think. Now she could only feel. His hips pressed against hers at an awkward angle but he twisted them against her and she felt the insistent bulge of his erection.

The moment his lips came into contact with hers, she knew him. Knew that pressure, the way his mouth felt against hers, the way he flicked her lips with his tongue in an unspoken request—demand—that she open for him.

When she didn’t obey immediately, he nipped her bottom lip and when she opened her mouth to protest, he surged in, soothing the bite with his tongue in a gentle caress before resuming his fierce attack on her. She tasted him, peppermint and a touch of something else, something fruity. He’d had a glass of wine recently. He never met her drunk, but he sometimes tasted of wine and sometimes brandy. She loved it. It added a tinge of danger, the threat that he might get carried away and ignore her needs. But he never did.

“Never” being three times. They said that three times and one was hooked. Three cigarettes, three shots of heroin, three “Stranger Danger” encounters. The man with no name gave her what she needed, what she craved. He fed her addiction and she fed his.

He took her mouth with an intensity she could respond to only with the kind of helpless acceptance she never demonstrated in her real life. The life outside this door. Whimpering, she followed him when he withdrew, begging for more. With a grunt, he turned her around so her back pressed against the hotel wallpaper. Her backbone rolled against the hard surface but she welcomed the discomfort. He wasn’t going to stop. He seemed as desperate as she was. That had connected them from the first time, and he was no less desperate now. He wanted her.

Here, in the dark. No excuses, no explanations needed here.

He connected with her again, tilting his head to bring his mouth down on hers in a deeper, harder fusion. He swept his tongue around her mouth in total mastery. She opened for him and lifted her chin to meet his demands. He was much taller than she but then most people were. He must be over six feet, with the kind of abs a girl could get lost exploring. What a way to lose direction.

She grasped his shoulders, felt the rough edge of a T-shirt under her palms and groaned into his mouth. She loved the mounds and dips of his body. Fuck, this guy was ripped. Whoever he was.

He pressed against her, his pecs to her shoulders, and bent to kiss her. Sliding his hands around her waist, he lifted her with a convulsive motion, making her gasp for breath. The thick cotton of his pants rasped against her jeans, the only sound in this hushed room. Lifting his head, he spoke in Greek. He had a deep, gravelly voice and he rarely spoke much. Just to give her instructions. Her Greek was better than her Mandarin, but hardly fluent. In this situation, it didn’t have to be. “Skirt,” he said now. “Not trousers.”

It took her a minute to process the words, and she had to concentrate. Maybe it was time to buy that teach-yourself-Greek DVD. By the time she’d taken a step, he was on her, dragging down her zipper before he shoved her jeans down her legs. He thrust his hand between her thighs but the pants weren’t far enough down her legs for her to open them properly. Bending, he dragged off her sneakers and tossed them aside. They landed in dull thumps. Then he was back, tugging at her jeans again. He got one leg completely off but the other leg tangled around her ankles. She kicked, but it didn’t help.

With a rough word of frustration, a word she guessed must be a Greek curse, he stood once more, lifting her and setting her on a nearby table, dumping her as if she were a doll on the polished surface. She could only hope it would hold her weight because he didn’t give her a chance to protest. She gripped his shoulders as he pressed his nose against her crotch through her panties and inhaled noisily. His soft groan told her he liked it, that he wanted her.

Passions in the Dark from Lynne Connolly This Story is about Whitney and Jay . A stand alone Erotica for a new publisher . Both Whitney and Jay work in the news media . Jay was in front of a camera in Afghanistan until an injury. Now he&#039;s behind a desk . Whitney wants to go in front of a camera to report the news You find her in a room with Nev both Whitney&#039;s and Jays boss Nev is making excuses , not to put Whitney in front of a camera . He says he&#039;s looking for more Experience ,&quot; doyou know Mandarin- Chinese . Whitney knows it&#039;s about her looks , mostly her nose . She goes to her apartment and because she feels in the dump she grabs her laptop . Nex thing you know she&#039;s in the dark with a stranger . She calls him Stranger -Danger Taking orders about getting down and Dirty . They always meet in the dark and in a hotel room . Next day she tells Jay about a foundation that she will get plastic surgery .Jay tells her to go for it. Whitney has low self . She hopes it will get her the chance to do her dream work . A while after her operation they she and Stranger -danger as she calls him meet in a hotel room again and down and dirty fun . What I would like to have read is more about Whitney’s anger towards Jayinstead of the small glimpse into the betrayal by Lynne Connolly is a fantastic writer who draws the reader into the story. She lets you know about the little details of life in general. Grab a copy to find out the secrets Jay keeps from Whitney, and learn what it is that Jay is hiding. There are some down and dirty ’ fun