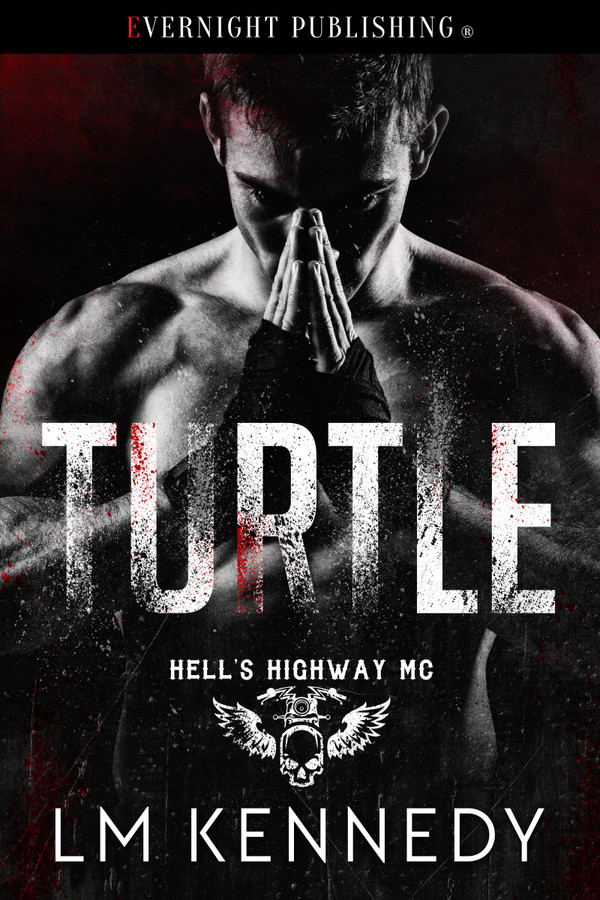 Until Alina Price finds Roman Martinez on her examination table, the only thing she cares about is her work as an emergency physician. Outwardly it appears Alina has it all, a great job and the respect of her colleagues, but she struggles to move beyond the past where she grew up in a turbulent family-run tattoo business and motor cycle club.

Everything about Roman screams for Alina to run, but the attraction between them is unmistakable and Alina finds herself drawn into Roman’s world, which is much more complicated and heart-breaking than she would have ever have guessed. Although Roman presents a tough exterior, and garnered the nickname Turtle in an underground fighting ring, Alina uncovers a secret Roman has kept hidden from everyone.

A connection from their pasts is revealed and with secrets exposed, Alina can only hope Roman will believe he’s worth her love.

The crowd went wild, the heat of the voices pounded through my chest, and I slid in closer to Edward, comforted when he laid a heavy arm across my shoulders. Roman paused and glanced around at the crowd, arms in the air. This acknowledgement set fire to the already heated mob and although there were words of hatred from some, most egged him on, begging him to finish the fight. As Rave crawled to his knees, Roman turned to advance again when his eyes caught mine.

His furrowed brows smoothed with recognition and his fists dropped to his sides, the animal in his face gone. A ripple of energy passed between us, the heat of his gaze numbing my toes, and his eyes darted to Edward’s arm wrapped protectively across my shoulders before his features darkened again.

Rave took this opening to land a sickening punch to Roman’s eyebrow. Roman’s head snapped backwards painfully and the eyebrow he’d had stitched several weeks before exploded blood down his cheek. He blinked through the stream of red liquid, using the back of his taped fist to wipe the blood away.

The crowd surged in surprise and Roman stumbled into the ropes. He regained his footing, but his gaze darted back and forth between Rave and me as though he were at a tennis match. He held his hands defensively in front of his face, but the eyebrow gash required that he swipe repeatedly at the blood dripping into his eyes. Rave advanced again and buried a series of punches in Roman’s abdomen when he was wiping at his eye.

“What the hell is he doing?” Edward’s words barely found my ears above the noise of the crowd and I glanced up at him before turning back to Roman. “I don’t get this.”

“He’s not focused,” I said knowing full well my presence had distracted him.

“Fight!” Someone yelled from behind us and I flinched when Rave smashed his fist into Roman’s mouth, causing him to stagger backwards again.

With a roar that overtook the noise of the crowd, Rave lunged at Roman and pummeled him repeatedly in the head, the face, the stomach. Roman only held his fists in front of his face , not once attempting to fight back.

“Fight! Fight! Fight!” The frenzy of the crowd was suffocating, and Edward stumbled trying to hold back the bodies pressing toward the ring.

Roman’s swollen eyes found mine again and my stomach clenched. Why was my presence distracting him like this?

Cursing the emotions that suddenly gripped my chest, I cupped my hands around my mouth and yelled along with the crowd. “Fight! Fight!”

The throng booed when Rave paused and lifted his hands in triumph, the sound a deep baritone. He screamed back at them, his face red and drenched in sweat, and swung his fists at several men leaning over the metal fence. Halted by the official, he shoved away from the bald man to spin suddenly and land his foot in the center of Roman’s chest. Roman stumbled backwards into the ropes, his eyes finding mine when the chirp of the bell halted the match.

I glanced around the packed room for exit stairs. Every instinct screamed for me to run, to get the hell out before Roman was pummeled to death, but we were trapped by the sea of bodies. The only way we were getting out of here was if the fight ended. I shuffled in closer to the barrier, fists gripping the cold metal, and stared unblinking until Roman found my eyes again. “Roman!” I yelled when he finally turned his pale eyes on me, face blank. “Fight back!” I choked. “Fight back!”

A gentle giant outside the ring but an animal within. Roman Martinez is the very definition of not judging a book by its cover. With his big heart filled with even bigger secrets, Roman is determined to right a wrong in his life no matter the cost. When two worlds collide, Dr. Alina Price is stuck at the crossroads and left with the decision on what path to take. Continue living her life, making choices based on the facts, or risking her livelihood for the very thing she ran away from. Following her heart had never been more dangerous than when falling for the man fighting in the ring. TURTLE by LM Kennedy is an emotional and enthralling story about falling in love with the familiar and challenge the unexpected. The pages in this book are exploding with instant chemistry between our Heroine and Hero. Events in their lives damaged Roman and Alina; however, they dealt with them in very different ways. The light and dark contrast between the two only contributed to making each other better people and allowing them to face the facts of life together. This story has stayed with me long after I finished the book, and my only complaint is that there weren’t more pages. LM Kennedy did a beautiful job depicting honesty among her characters and true transparency. Whether you have similar experiences to our protagonists or not, I believe anyone reading this book will be able to relate to our main characters in one way or another. I highly recommend reading TURTLE and am so looking forward to following Zeke and Charlie in book two! Some may say it was their destiny, others will say it was fate, but nothing would have happened if Roman and Alina ever stopped fighting for their love.