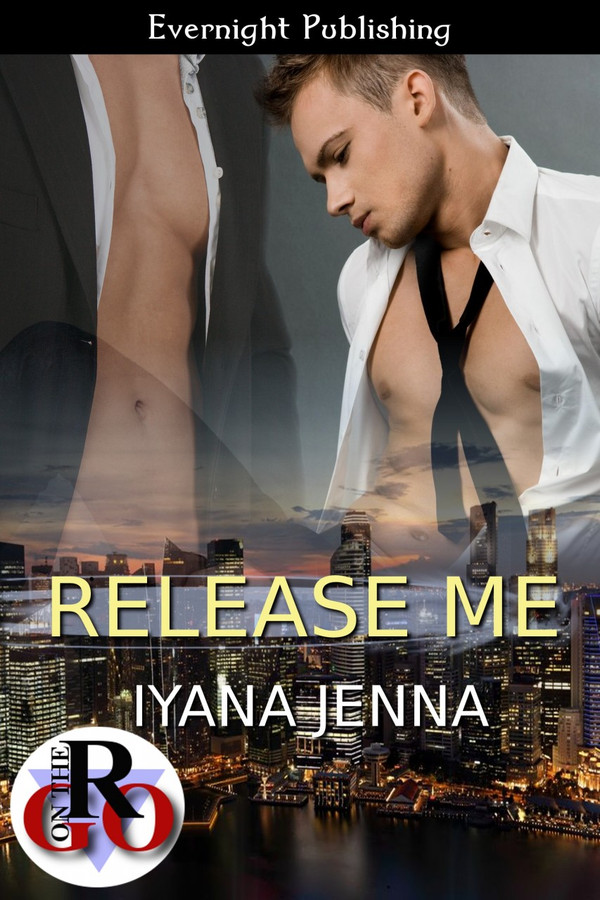 Taking a break from dealing with his wealthy father, Nicholas Haynes goes out to the sea on his yacht—only to find a man floating in the water. The man was still alive, much to Nicholas’ relief.

Gregory Phillip was a private investigator and his last job almost turned him into fish food—if not for Nicholas. Little did he know that the main suspect in his case was one of Nicholas’ father’s clients. Even after Nicholas takes care of Gregory after the incident that almost killed him, can he really trust him enough with his life?

Stanley Haynes threw the newspaper, and it landed with a slap on Nicholas's plate. The headlines blared at Nicholas as though his father had shouted at him.

Heir to US Banking Chain Wedded?

"You ever plan to tell us about this, Nicholas?"

Nicholas glanced briefly at his mother sitting across from him, but she kept stirring the cooling coffee in her cup. Nicholas could see a smile flicker in her eyes. He shrugged.

“Come on, Dad. You know it was impossible for me to talk about it before everything was done.”

“Are you saying you don’t trust me, or your mom—” Stanley threw a glance at his wife, and his eyes widened. “You knew about this?”

She threw her hands up.

“All right, all right.” Stanley took a deep breath, trying to calm himself. “Is it that Phillips guy?”

“Of course. Who else?” Nicholas grinned.

His mother went back to stirring her coffee. Her voice was calm when she asked, “When was it, Nicholas? How come both of us didn’t know anything about it?”

“A moment after Greg was released from the hospital.”

Nicholas chuckled. “Yeah. Now you can’t accuse me of being a playboy anymore.”

“That’s good, dear.” His mother took his hand, and Nicholas squeezed hers gently. “So those journalists—they just found out the other day?”

“They’ve just seen this ring, that’s all.” Nicholas lifted his left hand and eyed the simple platinum band around his ring finger.  Gregory had exactly the same kind of ring around his finger.

It was the lulling sounds of the waves and the gentle breeze above the vast, boundless ocean that Nicholas loved most. He could spend days, even weeks, drifting seemingly without any course and purpose on his boat, all by himself. After months dealing with his father’s clients about legal matters, he was always desperate for some time alone. Sometimes he just couldn’t understand why he had to work twice as hard as the other employees in his father’s bank when he was his only son. However, most of the time, he just couldn’t see it any other way. His father was not the type to want to spoil his family. Everyone had to earn what life had given to them. Nobody was allowed to simply ask and receive.

Today, though, he ended up not alone.

&quot;Release Me&quot; was a great way to spend an evening. It&#039;s an exciting short story with a lot of intrigue and action as well a very sweet romance between two handsome men. They&#039;ll melt your heart when you read about them. They&#039;re sexy even though there isn&#039;t much sex in the story. There is only the smallest amount of detail, and the rest is just implied, but it&#039;s hot nonetheless. I liked everything about this one. The characters are well fleshed out, even for the length of the story. The background characters are good too. The cops are all cool, and Nicholas&#039; Mom is too cute. The ending is very satisfying. Everything tied up neatly. The only thing I&#039;d complain about is that it IS short. I would have loved to have had it be quite a bit longer. It would go from great to thoroughly outstanding with another 30,000 words. **hint hint, Iyana** Hehe.

I liked this story, though I think it would have made for a great longer suspense novel. Nicholas may be rich, but he’s not spoiled. Fishing a half dead man from the sea brings Nicholas into a web of conspiracies and dangers. Gregory, the PI who managed to stay alive, is confused about the man who saved him and seems awfully protective of him. Trust issues are at the heart of the story. For such a short suspense story, things here move at an accelerated rate. The mystery’s not all that hard to figure out, but the action is evocative and powerful at the end. We get to know Nicholas more than Gregory, and his protective instincts are incredibly strong. Gregory is smitten but remains wary. When they go to know each other more, these were the best parts of the book. The writing’s good, the story’s engrossing enough, and the men form an attachment despite the dangers around them. The plot’s not complicated, and the tension comes from uncertainty of what’s lurking in the shadows. When violence erupts, all bets are off. I would have personally wanted to know more about Nicholas and Gregory especially, and their bond forms really super fast. Overall, this is a short actiony suspense story. The erotic content is not high, and the surprise factor is a small one. Nonetheless, a good quickie.