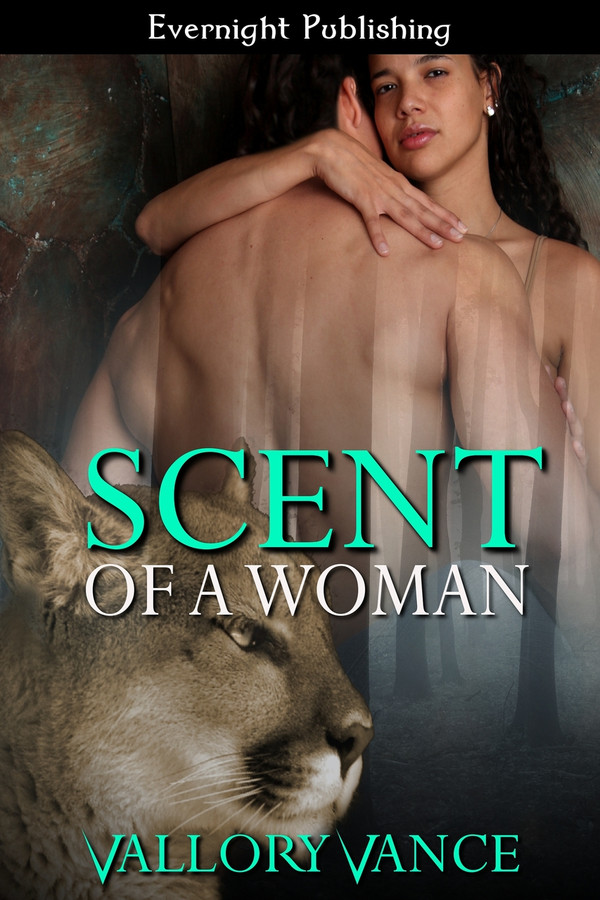 A certain scent wafted under Ewan Hathorn’s nose. He knew what it meant but did she?

Ada Trevors is searching through the canyons surrounding Haziel, Texas for an Ap-Muea—the man by day and the screeching cat by night. Though she doesn’t believe the legendary creature exists, she is certain the myth is based on something she can document.

From the moment Ewan meets Ada he recognizes her as something more unique than his adua, his fated love. She’s a witch, one beautiful enough to entice the ruler of the Ap-Muea Nation. However knowing that she’s too human to understand the future they would share, he resigns himself to another century of being alone. That is until Ada proves to be more powerful than he’d imagined and an Ap-Muea demands her death.

Together, Ewan and Ada must discover if the bonds of adua are strong enough to save them both.

Ada led Ewan out of the Amelie with his hand held securely in hers. Her skin zinged as they walked, and she took a circular route to her block to have that feeling a little longer. But there were only so many side streets to take before they arrived at the entrance of her cul-de-sac. “This is it.” She shrugged her shoulders, not knowing exactly how to say good-bye.

They stood too close to shake hands, as a separating gesture, and the only other thing didn’t fit into her idea of normalcy.

Apparently it did for Ewan. He bent his head down to hers and kissed her. She’d been wrong. Kissing him was the most normal thing in the world. She wriggled up against the spongy soles of her sneakers and she slipped her tongue into his mouth to dance over his. He responded by pulling her closer, circling his hands over back. With the heat rising through her body, she forgot she was in the middle of her street and moved her hands from his arms to his waist.

“Hmm,” he groaned, breaking their kiss. “I should go. I honestly enjoyed this afternoon.”

“Me too. I really did.” Ada slipped her hand into the front pocket of her shorts. Thankfully she’d stuffed her business card into her pocket along with her credit card and cell phone. It was rumpled and stained with coffee, but she handed it to him anyway. “Next time you’re in town… Give me a call.”

He smiled and her insides sizzled. “I hope so.” She jogged toward her house, not waiting to watch him leave first. Either she was going to hump him on Mr. Leadon’s front lawn or she was going to go home. Those were the only two possible scenarios left after that kiss.

Ewan, please call. She swept into her townhouse and slunk down against the door. Even if his teeth were a little sharp, his eyes were amazing.

They flickered like candlelight. She blinked several times as the feeling of déjà vu washed over her. Oh crap, she’d had that thought before. About him.

Scent of a Woman is a very good book. It told the story of an obscure legend called the Ap-Muea. They are shapeshifters that take the form of a cat by night. They are located in the Texas area and one reporter is out to separate the truth from the legend. Ada Trevors is the reporter that is on the hunt for the Ap-Muea for a documentary that she would like to televise. She has arrived in the small town of Haziel, Texas in the hopes of finding the truth behind the legend. She isn&#039;t having much luck at all. The natives are very close mouthed about it. That is until she meets Ewan at a bar. He sets up a meeting with her later on to tell her anything he knows about the Ap-Muea. Ewan comes to town at the request of one of the leaders to investigate a problem, the problem being Ada. She&#039;s human with something a little extra that has caused the shapeshifters concern. His job, to take care of the problem. However the kicker is that she is his fated love. Will Ewan and Ada be able to get through all the obstacles standing in their way to have a chance at a life together? You&#039;ll have to read for yourself. This is a novella that tells a complete story in a small amount of time. So, put your feet up and enjoy the very well written tale. Scent of a Woman is one of my favorites for 2014.

One Stormy Night by Vallory Vance

The Scent of His Woman by JJ King