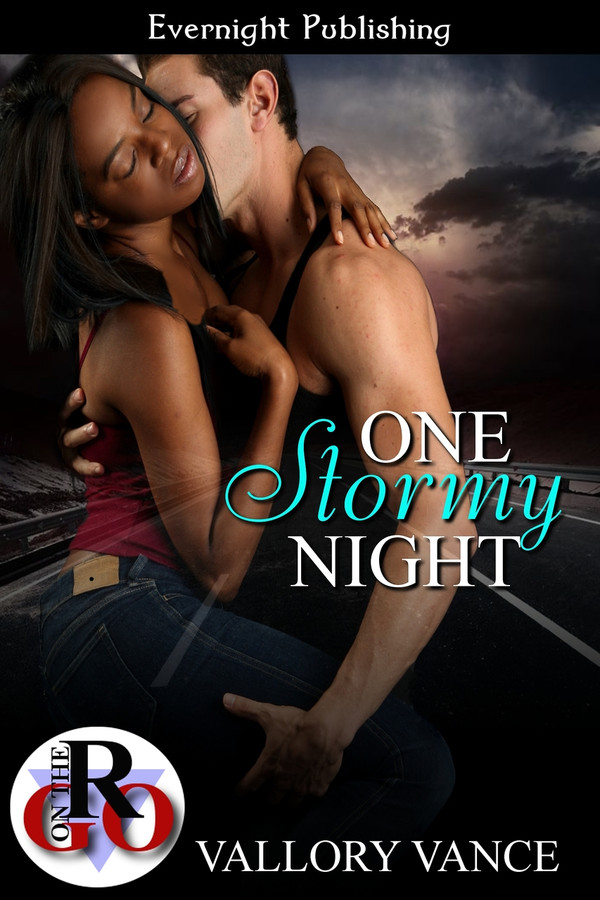 Alexis Joplin, popular host of the travel show, Overnight Stays, is embarking on her final scouting expedition with her partner and best friend, Shane Fowler. Over the course of the last two years, the duo has grown closer not only at work, but outside of the job. While their friends and co-workers may whisper that something more than friendship is the source of their mutual admiration, they deny it even as their personal feelings are reaching a critical apex.

Shrouded in the dark beauty of a hundred year old inn, while lightning flashes and thunder rumbles, neither Alexis nor Shane can hold on to the pretense any longer. They give in to one night of passion with the promise that in the morning, they’ll awake as friends.

But is it a promise they both can keep?

Alexis eased upright in bed. Even with the tingle of Shane’s heavy hand down her arm into her lap, the early rays of morning sun made it impossible to forget their agreement. Back to friends in the morning.

And friends didn’t spend their day in the nude, fondling each other.

She allowed herself one last look at his sleeping face, masculine in its angles yet softened by his curvy, kissable mouth. Her heart sped up at the thought of those lips brushing behind her ear, and then the end hit her dead center in the chest leaving her woozy.

The end? That’s what she’d thought the feeling was last night, but maybe she’d been wrong all along. Maybe it was deeper than that?

She leaned over the side of the bed and grabbed her robe. After searching through her pockets for the keycard to her room, she realized she didn’t remember picking it up. “Crap.” She tossed the flimsy fabric onto the bed and tucked the comforter under her arms.

“Huh?” He bolted up, twisting around to the balcony as if he didn’t believe her. “Morning?”

The headboard shook slightly as he leaned heavily against it. Still turned toward the balcony, he mumbled, “Morning.”

The weight of the word crushed against her chest, stopping any attempt at a response.

Shane was also quiet, staring ahead as if he needed to note every inch of the painting hanging on the far wall.

Sadness? Embarrassment? She couldn’t figure out the meaning behind the intent look. Normally she’d hold his hand and ask, but for the first time, she felt as if she shouldn’t.

Snap out of it. She needed to leave, now. Get some space between them, except she couldn’t. “I don’t have the keycard to my room.”

He chuckled, shaking his head as if to further bring him back to the present. “Let me find some clothes. I’ll go get you one.” He swung his legs over the side of the bed, started to stand and stopped. “Close your eyes.”

A hot flush flamed her face at the sight of the broad plane of his tanned back angling down to his paler waist. “Right.” She complied with his request.

From the sounds of his stumbling steps and mumbled curses, she guessed she was still making him nervous. Even with the knots beginning to twist in her stomach, she smiled.

He was dressed in the jeans from dinner and the rumpled shirt. His short hair lay flat against his head, giving him the appearance of ruffled college student. “Call down to the front desk, and tell them I coming to get your keycard. I’ll get you some clothes and breakfast.”

He hurried out without saying anything else.

How in the hell were they going to be just friends after he’d rocketed her into the heavens? Maybe her crush wasn’t a simple crush after all.

One Stormy Night is delightful yet well versed tale of two friends who are afraid to communicate their true feelings about each other. Alexis and Shane’s romance was a treat to read. I loved how the author crafted their flirty repartee; she was able to make it seem like they have been an official couple who have long become accustomed to one another’s quirks. The beautiful setting and well-paced plot kept me curious as to how the story would end. This story is the perfect transition from longer novels or as a something to enjoy on a long weekend; it can easily be read in a day. Though the story is short, Shane and Alexis are well developed individuals and their romance felt real.

Shane Fowler and Alexis Joplin have worked together for two years as hosts for a video blog on finding the best bed and breakfast locations. Their friendship on the network has made it so easy to work together, but Alexis wishes for more. Can she risk jeopardizing their working relationship for something more meaningful? One Stormy Night is written in both the point of view of Shane and of Alexis but it does not get confusing at all. It is fun when the reader gets to know the thoughts of each character. When you work with someone for so long, sometimes unintentional feelings can develop, which makes this a great contemporary romance. When most of your days are spent at your job, what better way to strike up a romance than with someone you know and have grown fond of? The title may seem foreboding but it adds to the setting for this story and who does not like the sound of the rain? The plot makes perfect sense, the author writes intelligent dialogue and the characters get along so well together. Alexis is so sweet and Shane is so handsome and caring, why wouldn’t you fall in love with them? Place the characters in a beautiful, historical bed and breakfast location surrounded by towering oak trees and you have romance brewing that is out of your control. It’s a wonderful story about finding love in friendship.

One Night in Bangkok by Gale Stanley

One Night Contract by Lilith Duvalier