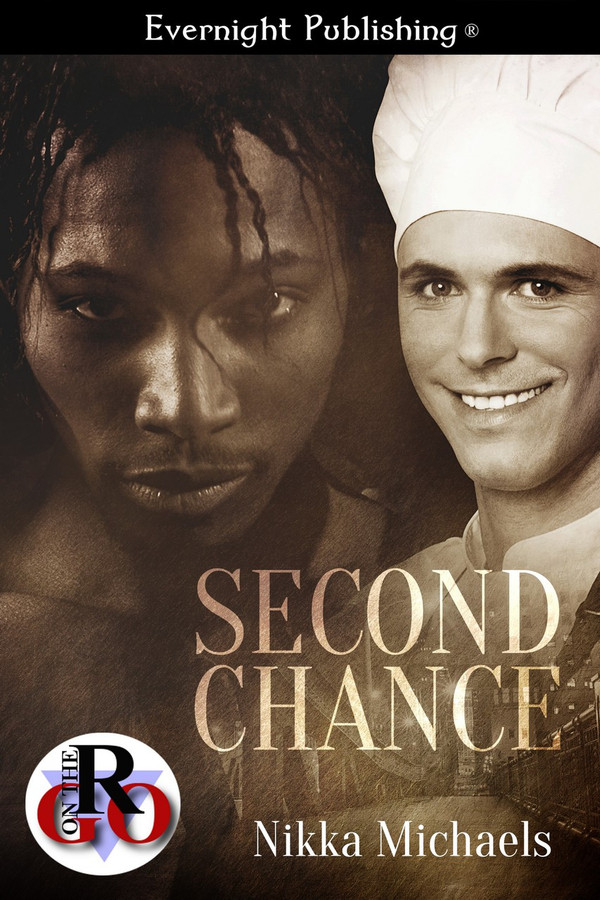 Outed at his conservative law firm, attorney Chance Evans had two choices: sue his former employer for discrimination or settle out of court. Unwilling to drag his personal life through a drawn out legal battle, Chance chose to give up his high stress life and walk away from the courtroom. When his best friend, Lacey Sherwood, offered him a second chance at a brand new career as a pastry chef at her catering business, Chance didn’t look back.

Alex Farrell started his career at the very same law firm as Chance. Newly divorced, he’s looking for a fresh start. When Lacey introduces Chance and Alex, things heat up. Will their ending be bitter or sweet?

A couple of hours later, Alex moaned and patted his flat stomach. “Oh my god. Tapas is supposed to be small bites. How the hell am I so full?”

I laughed and took a sip of my dessert coffee. “They’re small bites, but you ordered the sample platter. Which turned into two entrees. Then dessert. And coffee.” I raised my steaming cup in salute.

He groaned and picked up the spoon, poking at the remains of the molten chocolate cake that we’d shared. I smiled, the usual nerves that I might have felt having dinner with a total stranger strangely absent. Conversation between us had flowed so smoothly the nerves I’d had disappeared. I’d simply been myself and not held anything back, charmed when Alex had simply laughed and commented on my stories.

I gestured with my spoon at the plate with the last remaining bites of the cake drowning in chocolate syrup. “You don’t have to finish it, you know.”

Alex’s eyebrows rose in mock horror. “Not finish it? That’s blasphemy to leave a dessert uneaten.”

I watched as he raised the spoon to his mouth, mesmerized as he licked the back of the spoon clean. When he spoke, I listened half-distracted.

“You’re staring at me like you’re still hungry. Did you not get enough to eat?”

His voice was rough and low and I couldn’t mistake the desire on his face for anything else. The sun had long since gone down and in the flickering light of the tea candle set between us, Alex’s dark eyes burned. Anticipation pulled taut in my stomach. This ridiculously intelligent, handsome, well-spoken man wanted me.