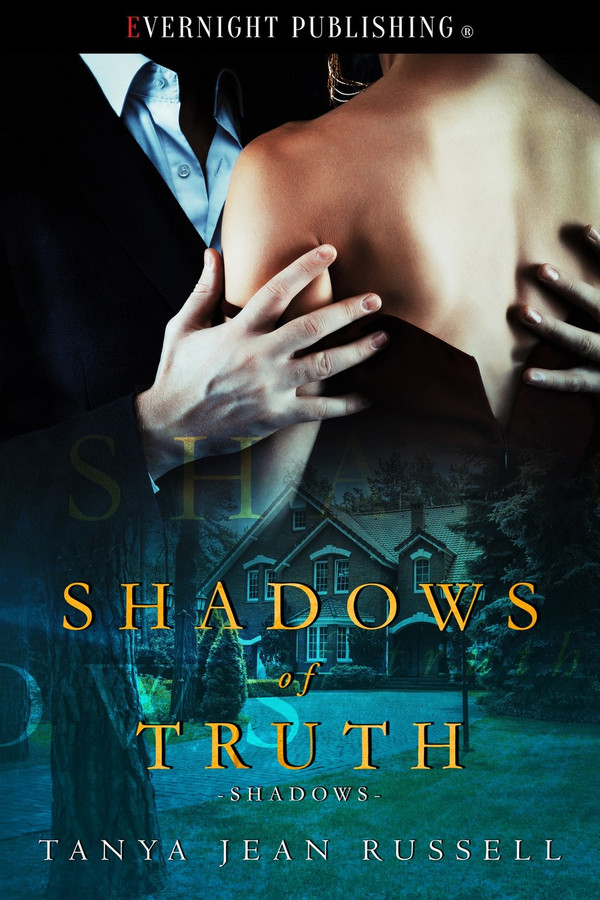 Faced with a threat he can’t resolve, Sir Alistair has no choice but to bring his children home from their boarding school. Hiring a nanny is the only way he can deal with them while keeping his business of recruiting for the British security services going.

Stuck on administrative leave after saving her best friend’s life, Holly jumps at the chance of an off-books mission. Working as his children’s nanny is the perfect opportunity to investigate the allegations that Sir Alistair Kensington killed his wife, and more recently his girlfriend. The fact he’s in the village where her family still lives, well, that’s a complication she’ll deal with later.

Sir Alistair is certain there’s more to local girl Holly than meets the eye, but even with her secrets, he struggles to keep her at a distance he knows is necessary for her safety. As the threat closes in, will Holly and Alistair find a way to share more than just shadows of the truth?

Holly sat down in the cracked leather chair opposite Sir Alistair’s desk and finally took in the man himself. Seated behind his huge beech desk, his height was hard to judge, but she figured he was at least six foot. Deep red hair curled over the tops of his ears as if overdue a cut. His pale skin dotted with a light stubble, and his blue eyes spoke of Celtic ancestry. Wearing a shirt unbuttoned at the collar and the sleeves rolled up to his elbows, he looked bone-tired. Despite that, he was an attractive man. She could see why the female half of the village had been so excited about him moving in, and so disappointed by his determination to stay aloof from them all. Although, if it turned out he had been behind the deaths of his wife and girlfriend, it would be just as well.

“So, tell me a bit about yourself, Miss Winters,” he said.

She swallowed hard and forced aside her meandering thoughts about what Kensington’s broad chest would look like without the shirt, focusing on the matter at hand. Of all the things she’d spent the last few years doing, job interviews were not one of them.

“Yes, however, I find it helpful for people to describe things in their own words. It helps bring it to life and allows me to understand what they feel is important.”

“Okay, well, I trained with the Metropolitan Police, the Met, but that didn’t work out for me. I’ve spent the last ten years working as a police administrator at their stations.”

“So, you don’t have any experience as a nanny?”

“No, but I have both adult and child first aid qualifications, and plenty of experience with children. I’m used to looking after my little brothers and sisters.”

He scratched away with his pen, the muscles in his defined forearm flexing as he wrote in a leather-bound notebook, and she had to fight the urge to lean over to see what he was writing. The questioning continued unabated for what felt like hours. Being quizzed on her back story so thoroughly felt weird. It was more like the revision sessions she did with Amory when her friend was preparing to go undercover. She’d done it herself a couple of times early on in her career but had quickly found she preferred the tactical end of things, so it was a bit surreal being on this side again.

“Do you feel prepared to take on the role as nanny to two privately educated children who will need a high level of stimulation and education?” His strong jaw was tight as he asked the question and she had the feeling he was a man who never backed away from speaking his mind.

“I’m not a trained teacher so I don’t begin to pretend that I would be able to educate them formally. However, it is only a couple of weeks away from the start of the Easter school holidays. I would suggest we use the coming weeks to find them a suitable tutor. You would only need to pay me for the hours around the tutor’s work. That way your children get a nanny who is primarily interested in their well-being, and a tutor who is focused on their educational development. In my experience, having specialists for specific work delivers better results, whatever the field. Besides, I think you would struggle to find someone willing and able to fill both capacities in one role around here.”

“How old are your siblings?” he asked.

“I have six, aged sixteen, fifteen, eleven, nine, and the twins who are eight.”

She studied him as she answered, looking for any sign he could be the killer he was suspected of being. His calm, steady demeanor gave nothing away as he met her gaze with his pale blue eyes.

“That’s quite some age range seeing as you are almost thirty. Why is that?” he asked.

She tilted her head, considering. She needed to secure this role because she knew this mattered to James, and she wanted to help the DCI who had always done everything in his power and more to take care of her. Plus, anything would beat returning to the filing. That said, she also needed to set the tone if she was going to stay, and he was overstepping. She didn’t care that she’d been the mistake that had kept her parents together as teenagers, but that didn’t mean she was about to share their business with Kensington.

“With all due respect, I suggest that is irrelevant to this role,” she answered in as respectful a tone as she could manage.

At her words he leaned back and studied her, his notebook resting on his lap as he did so. She simply stared back neutrally, refusing to react to his inspection. She had dealt with situations far tenser, and certainly a lot more deadly than this one. It was going to take a lot more than simply looking at her to force her into any kind of reaction.

Finally, his lips curved upward and he smiled at her.

“Really?” she asked with a frown. She knew she shouldn’t look a gift horse in the mouth, but she’d just reprimanded him, albeit gently, and he had taken that as his cue to hire her?

“Yes, really. Firstly, James Lancaster recommended you, but secondly, you’re not easily intimidated, a trait you will certainly need to deal with my children.”

“In that case, I accept,” she replied, and standing to leave she reached out to shake his hand.

With a smile far warmer than anything he’d offered so far, he leaned over and grasped her fingers with his own warm, solid ones. At the contact a heat rushed up her arm and she tried to pull her hand back, but he held onto her, his grip strong but not uncomfortable.

“I have a feeling there’s more to you than meets the eye, Holly Winters,” he said. He held her hand, and her gaze, for a few seconds more before finally letting her go.

Alistair and Holly’s story is full of suspense, sweetness and surprises. I voluntarily read an advanced copy.

I had an enjoyable time reading this book had great chemistry and the characters are well developed and engaging with a great storyline. I received a free copy of this book via Booksprout and am voluntarily leaving a review.

This is a brilliant plot that has been skillfully written by this author. It includes mystery, suspense, drama, twists and turns so that I was forever re-evaluating what I thought I knew. The characters are likable and have great chemistry and great dialogue. This is an exciting read. I received a free copy of this book via Booksprout and am voluntarily leaving a review.

Enjoyable read from a new-to-me author! As a well-timed favor to her boss, Holly goes undercover to assess suspicious circumstances surrounding Sir Alistair, only to find that he is occupied entirely with another matter. Good drama and twists as well as heartwarming connections with his kids while posing as their nanny make her more determined than ever to help him keep them all safe from harm.

Since I am an American, I find all things British intriguing and pleasantly different from life at home. I enjoyed the combination of people from an upscale lifestyle and real life danger. The book slowly builds to a point of no return where the reader has no choice but to complete the journey. The happy ending is icing on the cake.