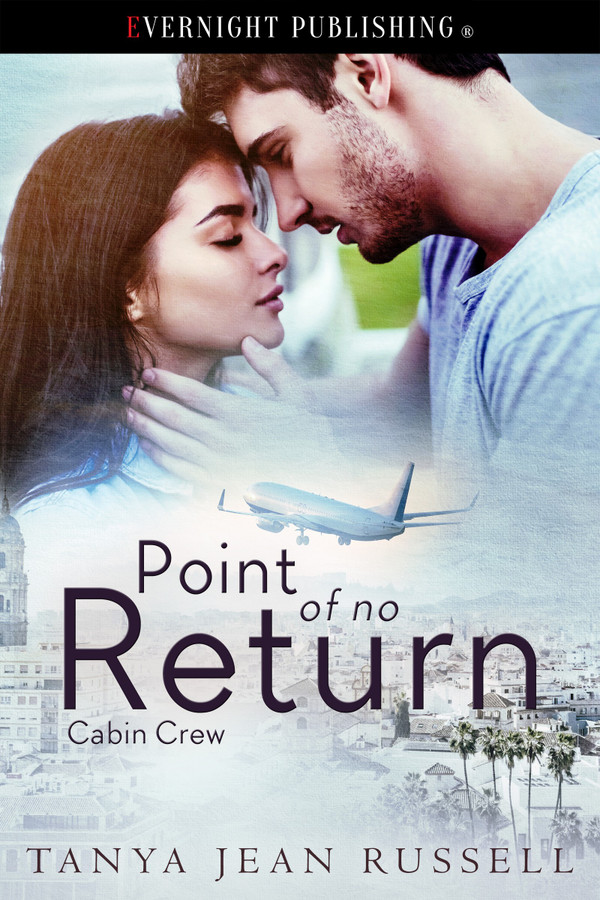 Jake Williams has been undercover as a captain at Great Britain Air for months and he's beyond frustrated. Tasked with finding the airline insiders who are smuggling chemical weapons into the country, he's getting nowhere fast.

Bree Phillips has spent her whole life wanting to travel and experience life outside of the small village she grew up in, but her family needed her. Now, years later than planned, she is finally joining her best friend to work for Great Britain Air, and her adventure is beginning.

Jake knows he is better off alone, it keeps him sharp and focused, but despite his efforts to keep Bree at a distance, she is drawn further and further into his world. Both have to ask themselves whether some risks are worth taking.

Bringing his thoughts back to the evening, Jake sighed. Every night stop was the same and he never seemed to learn anything useful. After spending the day preening in their rooms, the rest of the crew would drink copious amounts while bitching about the colleagues who weren’t there. Jake found the way the crew were best of friends within minutes of meeting each other, and then criticizing each other just as quickly, incredibly wearing. He might not be who he claimed to be, but these were people being themselves and it was all a bit two-faced. Besides which, it made finding the truth behind things even harder. Socializing regularly was proving fruitless and exhausting.

At least Fitz made the time a little more bearable, as he’d become as close to being a mate as Jake had, even if he did support the dreaded City. They spent quite a lot of their time on the flight deck discussing football and giving each other a good-natured ribbing about their respective teams. As a United fan through and through, he was aware his team was nipping at Fitz’s for the championship. It had led to some serious rivalry about the weekly results. Despite agreeing that the people around them could be a bit fake sometimes, Fitz seemed to genuinely enjoy their company and got on well with everyone. Jake acknowledged he was lucky to be in a position where he liked and trusted his first officer so much. Trust didn’t come naturally to Jake, but it certainly made both of his jobs much easier.

“What have you been up to this afternoon?” he heard Fitz ask.

As expected, Simon’s response was brief.

“I vegged out in my room, had a nap. I’m totally total chillaxed. What about you?” he asked Fitz in return.

“Same, didn’t leave my room. What about you, Bree?” Fitz replied.

Jake paused for a moment. He knew for a fact Fitz had left his room, he’d spotted him in the lobby. He must have gone to sort extra towels or something, Jake thought. Fitz was too easygoing to be of any concern. If Fitz was involved in any way, he certainly wouldn’t have invited the whole crew to start the evening in his own room.

Jake sat up, placing both feet on the floor, and leaned forward, eager to hear Bree’s answer. Despite how amazing she looked, he knew full well she hadn’t spent the afternoon getting ready for the evening. He was curious about what she’d say about her afternoon. Her soft voice was filled with excitement as she described the afternoon he’d experienced following her around the backstreets of the town.

“She even managed to find her way back without getting lost fifty times,” Simon teased.

“My sense of direction is fine,” Bree said, the furious blush to her cheeks giving away her obvious lie.

“Fine?” Simon laughed, “You have the worst sense of direction I’ve ever seen.”

“OMG. Don’t you remember when we went to Alton towers with school? You were lost for over an hour and you’d only gone to the toilet.”

“I was eleven! I’m way better now,” she protested.

“Did you two go to school together?” Jake blurted, surprised. Perhaps Bree really wasn’t as shallow as he’d begun to worry if she and Simon were actually childhood friends.

Bree stared at him, as if in shock that he had addressed her directly.

“Yes,” she said, turning to smile at Simon. “We met on our first day of school. He’s been my best friend ever since.”

“I remember it well.” Simon laughed. “You were the older woman. I was impressed by your maturity.”

“We were both four. I don’t think either of us were mature!”

Jake couldn’t believe his luck. Here was the answer to all his problems. He could find out all about Bree from Simon. Simon was as open as anyone he’d ever met. Getting to know him had been easy. Although, getting him to talk about anything meaningful had been much harder. Surely this would make his job easier, though?

Bree carried on, telling them about her afternoon. Her enthusiasm was clearly contagious as by the time she’d finished, the rest of the crew had arrived and were all giving her suggestions for places to visit at the different destinations they’d been to with the airline over the years. She sat carefully jotting it all down on the hotel notepaper Fitz had dug out for her.

Transfixed by the way her eyes sparkled and her face lit up at the stories the crew shared, Jake found he couldn’t take his eyes off her. She seemed to be genuinely interested in everyone’s experiences. Actually asking questions and encouraging the conversation to wander with other people’s stories, rather than trying to draw it back to herself.

There were no exclamations about who had done it bigger, better, or more often. Just lots of encouraging each other to speak. Jake hadn’t seen a crew do that before, and the only thing that was different was Bree. If he didn’t know better, he’d say she was a good influence on everyone.

Snorting to himself, Jake took another swig of his beer. Luckily, he did know better. No one was that good. He was going to have to keep an eye on Bree. She was up to something.