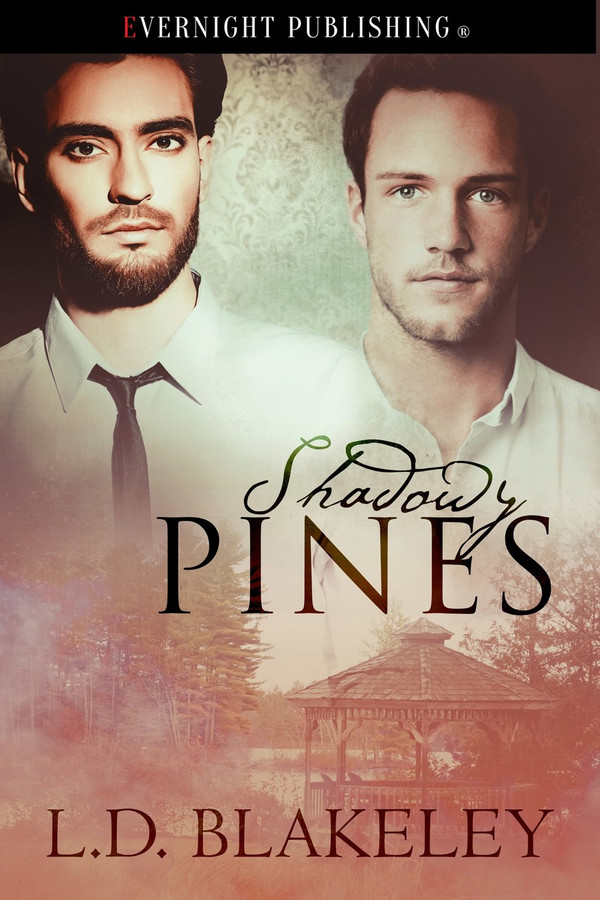 When an over-educated, underemployed millennial is called home to help with the family business, he jumps at the chance to leave his crap job, crappier love life, and the city behind.

How the hell do you cope when you find out magic – actual magic – is real? Or that you also happen to come from a long line of powerful witches? And that handsome man with all the sizzle? Yeah, he might be trying to kill you.

Finn propped the phone between his ear and shoulder and listened to Poppy rattle off details—that he would no doubt forget—about tomorrow night’s event while he attempted to open his fresh bottle. She might have had all the time in the world to wrap her head around their family and its history, but to Finn it had all come in one huge tidal wave of information he was currently doing his best to drown in a haze of tannins and grapes.

“Yep, noon. See you then.” Finn set the bottle down to avoid catastrophic spillage. “Love you, too, Poppy.”

He may have grown up without his mom—and dad for that matter—but he always had Poppy. Finn grinned despite his surly mood, tossed his phone on the counter and grabbed the bottle he planned to make his bitch.

He struggled for a moment then wondered if he could uncork it using magic. He set the bottle back on the counter and stared at it intently.

Maybe it needed some sort of incantation. If that was the case, Finn would have to go back to wrestling with the corkscrew, because he had no idea where to start.

Finn grabbed at the Amulet’s leather cord and pulled the pendant up from under his shirt. He held it in one hand and leaned in to glare at the bottle from close range. The garnet started to vibrate and heat beneath his fingertips. The bottle trembled slightly, rattling against the countertop, and Finn’s eyes widened in surprise.

Holy shit. This is working.

Finn tried to picture the bottle opening and, as he did, the cork started to wiggle free in slight increments. Sharply concentrating on the task at hand, Finn didn’t hear the knock at the door. And when a voice asked, “Finn? You here?” he startled—and caught the full force of a cork to the middle of his forehead.

“Argh. Fuck.” Finn clutched at this face and peered through his fingers at Owen as his eyes watered furiously.

When Owen snickered, Finn clarified, “I said ‘cork’ you perv.” He was still pissed with Owen’s abrupt exit. But the wine was helping to dull the edges of that anger.

“It’s funny either way.” Owen shook his head and laughed.

“Says you. You’re not the one who’s going to have to explain a bruise in the middle of my face, tomorrow.”

“Let me see.” Owen stepped closer and pried Finn’s fingers from his forehead. Framing his face with his fingertips, Owen delicately tilted Finn’s head back to take a closer look.

Finn’s pulse quickened at Owen’s touch and his tongue involuntarily darted out to lick at his dry lips. Then he remembered the reason for the wine in the first place and stepped back.

Shadowy Pines by L.D. Blakely is a fast pasted read I truly enjoyed. This is a story I could not put down. Finn is disillusioned with the city. Family comes first for him. He is always willing to help. Wants to fall in love and get his dream job. He feels like he failed now that he is going home to run a bookstore. He is willing to take a chance. I liked that he was a hopeful character. He is down when we meet him but he is not out of the game entirely. Owen is a cute new comer to town. He is willing to do what it takes for Finn to notice him. I liked that Owen was willing to take Finn’s powers in stride. I like that twist also to this story. Really well done. I would love for this book to become a series. I want more. For a really fun paranormal read I would definitely recommend this book.

Shadowy Pines by L.D. Blakeley is an eerie little paranormal romance that captivates from the get go. Fraught with mystery, suspense, family revelations, and a lovable cast of characters, I fell in love with this quaint little Canadian town. Finn Parks is done! Done with his crap job! Done with his nonexistent love life! Done with the city! Jumping at a chance to leave it all behind, Finn goes home to help his cousin at his bookstore. Little does he know his life is about to change beyond anything imaginable. Owen Sharpe is devastatingly handsome. He wonders around Shadowy Pines working on business deals to further the family trade. However, something appears to be hinky with Owen. Is he hiding something? One thing is for sure; thank God he’s not his grandfather, Augustus Sharpe. The electric connection between Finn and Owen quite literally lights up the night when they get together. Their spark goes way beyond a mere physical attraction. They are sweet and scorching hot together as a soul deep bond forms instantaneously. I have to say I was really enjoying this tale right up to the moment it became clear that the story was just going to… stop. You know that feeling, the one you get when the Kindle says ninety-eight percent complete and what you are reading isn’t wrapping up. Perhaps there is a sequel? Let’s go with that hope. Because even with the abrupt ending, Shadowy Pines is an entertaining witchy little read. When dark magic combines with family drama, the outcome is bound to be unpredictable. I’m gonna keep my review as mysterious as the book – just be prepared for greed and selfishness to wreak havoc on these folks for years until geeky Finn Parks is… Done!

Shadowy Pines by LD Blakely is a good, sexy, witchy read—even for an American who might need to pause for a moment to look up just what butter tarts are! They sound great—sweet but not too sweet, rich and delicious, just like this book. Set in the wine country outside Toronto with a deeply sympathetic main character in Finn and a an almost-too-gorgeous-to-trust love interest in Owen, this paranormal romance dips into First Nation and Norse mythology to weave a can’t-put-it-down spell. There’s a cozy little book shop, a writer’s group, a group of believable, charming extended family members—and witchcraft. What’s not to like? Is Owen what he seems to be? For that matter, is anything what it seems to be? No spoilers. I will tell you that the love scenes are both sweet and hot and there’s a totally satisfying happy ever after that you won’t see coming until it’s almost there. Shadowy Pines is a wild ride, a magical and relaxing trip to wine country without the next day’s headache!

SHADOWY PINES is a deliciously spooky romance set in a sleepy Ontario town that will grab you from the beginning and not let go until the last page. Between the charmingly geeky lead who gets thrust into a mystery about his family that veers into the realm of magic, a forbidden romance with a tall, dark handsome man who may actually be a bad guy, and a terrific mix of romance, danger, family issues, and some smoking hot love scenes, SHADOWY PINES is a fantastic read. Fantasy and paranormal romance readers, don&#039;t miss out!

Rainbow of Happiness by Berengaria Brown

Judging a Book by Its Cover by L.D. Blakeley