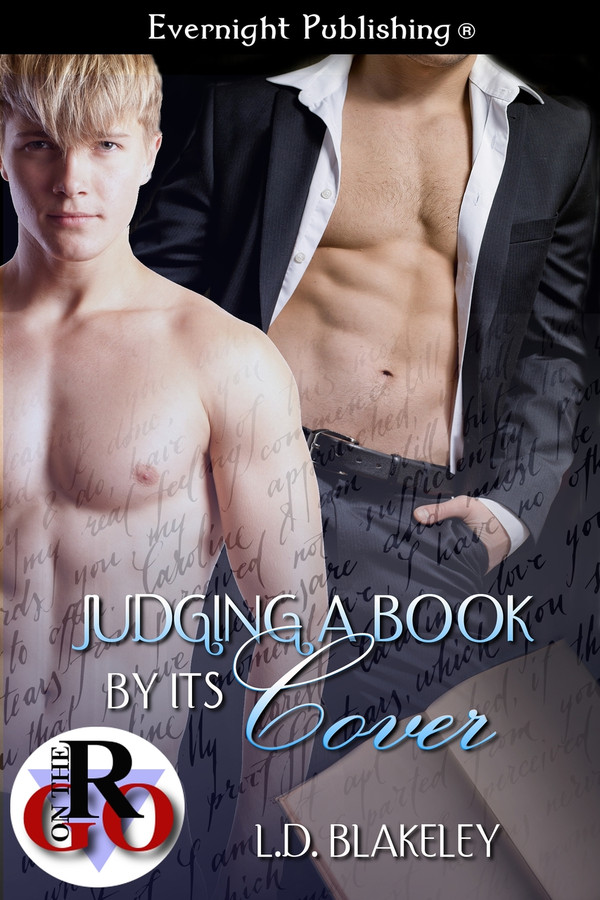 Agonizingly shy Emory North has his life mapped out for him: finish his business degree, go to work for his father, and one day take over as CEO of North Star Publishing. More at home amongst stacks of books, Emory has little to no interest in his lot as ‘North Jr.’, but has never had the courage to follow his true passion—writing.

Brash and ballsy Bryce Palmer, editor-in-chief of ECLIPSE magazine is known for bedding and discarding PAs like yesterday’s newspaper. He’s up against a serious deadline and down two staff members. And the last thing he has time for is babysitting the spoiled rich son of a CEO. But when Pierce Barclay North insists now is the time for his heir apparent to get his feet wet in the company waters, Palmer's hands are tied.

But looks can be deceiving. And, sometimes, passion can spark in the most unlikely of places...

By 6:30 Monday morning, Emory sat at his desk nursing a steaming hot cup of strong, black coffee. It was far earlier than he should rightfully be at the office. But his internal monologue was making him crazy and he’d hoped work might, at least, distract him from the situation. Torn between anger — at Bryce for his wrongful intrusion — and mortification — also directed at Bryce (but more at himself) for that stolen kiss — Emory was fit to be tied. Did he confront Bryce about the email and risk his ire? Or should he avoid both subjects entirely? Emory knew his father would give him some variation of the I Assumed As Much speech, if Bryce were to fire him. Would he, though? Would Bryce fire him for last night’s indiscretion? He’d seemed well enough into it at first. So maybe Emory could call him out on the manuscript without risk of being upbraided like a child for the kiss — or worse, fired.

Before he had time to become completely unhinged with his thoughts, they were interrupted with the arrival of their main source of strife.

“Morning,” was all Bryce muttered as he breezed past Emory’s desk and into his office.

Seriously? That’s it? Emory was at a complete loss. Now what? Act like nothing out of the ordinary happened Friday and he hadn’t spent the entire weekend fretting? March into Bryce’s office and demand an explanation for the email? Before he was able to decide one way or the other, his phone lit up — Bryce’s extension.

“Emory speaking,” he finally managed after picking up the phone and hesitantly clearing his throat.

“I should hope so — I did dial your number.”

Bryce sighed and Emory was positive there had been an accompanying eye roll. “Are we back to nervous monosyllables again?”

“No, I…” Emory heard Bryce chuckle before he could manage to spit out the rest of his sentence.

“Would you please come into my office, Emory?” This was it. He was about to be tossed out on his ass and onto a pile of jilted former PAs… and he hadn’t even managed more than a drunken kiss!

“You wanted to see me?” Emory stood in the doorway of Bryce’s office, not entirely sure what to do or say. A million things came to mind: curse the man out for taking his story; apologize for his behaviour after the gala; kiss him one more time just to see if it was as scorching hot as he remembered. He chose none of the above and timidly avoided eye contact.

“Would you please come in?” Bryce appeared to be finishing up an email, his fingers flying across his keyboard. “Shut the door behind you and have a seat.”

Emory did as he was told and sat facing Bryce. Before he could change his mind, he managed to muster up more temerity than he’d ever thought possible, and spat out “I’msorryaboutFridaynight,” as though it were all one single word.

“Sorry about… what, exactly?” Emory was surprised to see a smile on Bryce’s handsome face.

“The wine?” Emory started worrying at his thumbnail once again.

“I didn’t mind the wine, to be quite honest. Made you much more… conversational.” And didn’t that sound laced with… undertones. Emory could feel his face burning.

“But that wasn’t what I wanted to discuss.” And there it was. Emory braced himself.

What a fun story! There is something about shy bookworms realizing their potential that I really like, and with Emory North as main character going from painfully shy and hesitant to… finding his voice was wonderfully entertaining and emotionally satisfying. His very gruff and socially extremely adept temporary boss Bryce was a wonderful counterweight and made me laugh more than once. The story has great energy, flows really well, and is full of little moments I enjoyed. It is definitely one of the better office romances I have read to date. Emory is a bookworm. He prefers not to deal with people, and he has a wonderful secret that doesn’t emerge until the very end, so I am not going to tell you what it is. Unfortunately his father is the well-known and powerful CEO of North Star Publishing, and he expects Emory to follow in his footsteps. Emory, being as shy as he is, has yet to find enough courage to speak up and tell his father he has no intention to go work for the family empire once he graduates. And since Emory has done nothing to inform his father about his plans, he ends up as a temporary PA replacement to the brash editor-in-chief of one of his father’s magazines. Emory has a whole lot of thinking and standing up to do if he wants to survive this. Bryce has a reputation for sleeping with his PA’s – but only once. He has left a trail of “discarded” Pas behind him, but he couldn’t care less because he has a deadline for the next issue of ECLIPSE magazine. Two members of his team are missing, and his latest PA, as incompetent as the rest of them, has just left. And now he is saddled with what he thinks is the CEO’s spoiled son, who is so shy he can’t even complete a sentence. Nobody is more surprised than Bryce when things don’t quite turn out as he fears… If you like a little – or a lot – of humor with your story, if an office romance between two very unlikely partners appeals, and if you’re looking for a fast-paced read that is as sweet and sexy as it is wonderfully fairy-tale-like, then you will probably enjoy this short story.

Emory is super shy, the boss’s son, forced to be a PA to the company playboy. Bryce has a bad reputation as a sex-hound, and he’s hard to work for. He goes through PAs faster than they can be replaced, thus the need for Emory to step in to help. When Emory is forced to accompany Bryce to a black tie dinner, he gets drunk, and Bryce gets a peek at the real Emory. He likes it… a lot. In addition to finding out Emory is a great kisser, he also finds out Emory is a great writer. Together they thwart Emory’s dad and his plans to force Emory into a job Emory hates and together they begin a relationship. ** MAN! I wish this were a full length novel. It was sooooo good! I loved Emory and Bryce together. Emory manages to overcome his shyness in a way that is believable, and though the romance is rushed (37 pages isn’t much time), it felt somewhat organic and plausible. LD Blakely did a great job setting the scene, and I only wish we could have spent more time developing their attraction and the culmination of that attraction, as well. Of course, that’s the bane of many short stories (IMHO). However, I will say that the brevity didn’t force the story to go terribly off track. I thought it was a fully developed, complete story arc and I really enjoyed it. I’d have given it a 5, though, if it was longer

This is a sweetly sexy story about a bashful hottie pressed into service as a reluctant PA and the smoldering editor-in-chief who discovers something delicious under his shy exterior. Short, hot, and absolutely perfect -- if you enjoy great m/m romance, L.D. Blakeley is a writer to watch

Thoroughly enjoyed Emory and Bryce&#039;s story! Definitely identified with Emory: thoughts in my head don&#039;t equal what comes out of my mouth! I only wish it had been longer! Look forward to more of L. D. Blakeley&#039;s writing!

Cover Me by Kacey Hammell