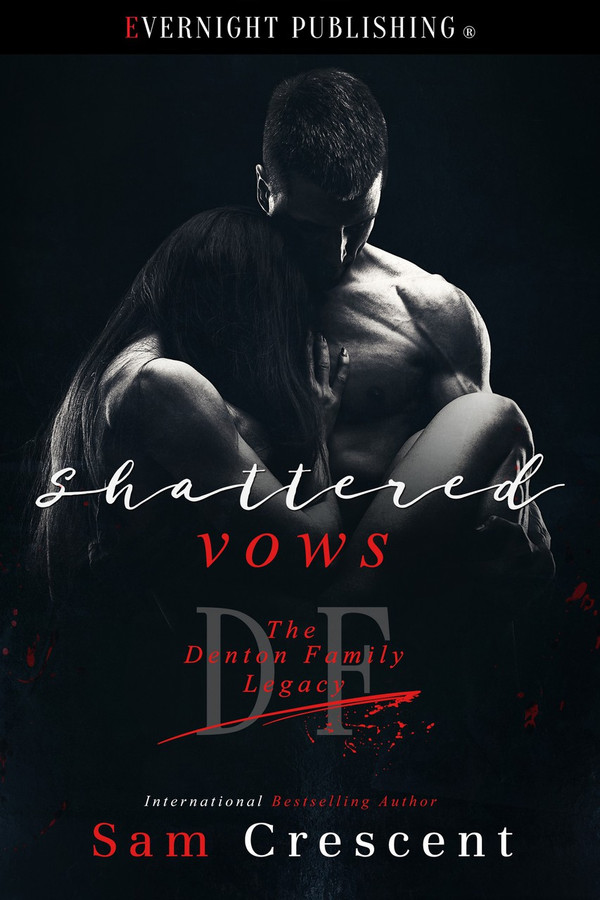 Abel Denton loves to fuck, loves to kill—and now he has found the woman destined to be his. The only problem? She thinks he’s a creep. Okay, he did go and snatch her off the dance-floor, and he may have felt her ass, and pretty much told her that she belonged to him, but what’s the problem?

Harper cannot believe that Abel will not take no for an answer. He has all the stalker tendencies, not good even in a book boyfriend, and she knows all about them. But then, Abel turns out to be really good company, and she likes him.

On the spur of the moment, Harper finds herself married to Abel Denton, more to prove to herself she’s fun than for any other reason. But when she is with him, everything else fades away. Can this attraction become love?

The problem with marrying a stranger is you don’t know anything about him. Abel’s life is a secret, but Harper trusts him as much as she can. However, when his work comes home and almost kills her, Harper has to make a choice. Can she stay with a man who kills people for his family? Or will she run from the only love she has ever known?

“It really was love at first sight.”

She didn’t say anything. Instead, she stared into his hazel eyes, and found herself drowning in his gaze. He was the most handsome man she’d ever seen, and he was so caring. “I’m going to do dinner.”

“I haven’t kissed you since you told the priest you’d be my wife.”

She swallowed past the lump in her throat. “You haven’t tried to kiss me.”

“I belong to you, Harp. You can kiss me whenever you want. You’re the virgin here.”

Harper was the virgin, and at times she wished she wasn’t. She wanted him in ways that a virgin shouldn’t want a man, and yet she did. There were nights she lay in bed, wondering what he was doing, what he was thinking. Harper hadn’t been comfortable sharing a bed, so they slept in two separate ones.

“There are things you’re going to have to let me know you’re ready for.”

“Why haven’t you just taken what you wanted?”

“And make you hate me? I intend for us to be married a long time. For that to happen, I want you to love me, Harp.”

“What about you loving me?” she asked.

“What makes you think I don’t already?”

She gasped. What was she supposed to say to that?

Abel was always saying things that completely confused her, and took her by surprise. Licking her lips, she reached out, taking hold of his shirt, and bunching it up in her first. Going onto her tiptoes, she kissed his lips. It was quick, short, and that simple touch had her so wet.

Stepping back, she looked at him.

“You can do better than that,” he said.

“You want me to teach you how to kiss?”

“You clearly don’t like the way I do it.”

Harper gasped as he wrapped his arms around her, pulling her flush against him. His hands gripped her ass, much in the same way that he had done at the nightclub in the casino. “You’re perfect.”

He slammed his lips down on hers, and all thought fled her mind as he melted her to the spot. Abel ran his tongue across her bottom lip, seeking entry, and she gave it to him, without a second thought. This was what scared her as well. With the simple touch of his hands, he seemed to be able to hypnotize her. There was no other thought to her, other than what he was doing. She never wanted him to let go, and never had she known someone to have that kind of power over another person.

His hands moved from her ass, gliding up her back to sink into her hair, holding her close. Her pussy was on fire. Instead of pushing him away like she always did throughout her entire life, she gripped him even harder against her. The hard ridge of his cock pushed against her stomach, and she wanted him.

Abel pulled away first. “Damn, babe, you’re making it hard for me right now. I want you.”

Shattered Vows is yet another fantastic book from Sam Crescent. I really enjoyed this one. I really enjoyed this book from beginning to end. I love the Denton Family series and the legacy that makes it so interesting. Abel had to charm Harper and she didn’t make it so easy on him either. I especially loved their first meeting. Women were easy to get for Abel and suddenly he met that special woman and she wasn’t all that impressed with his moves. It made him keep a big secret from her and I kept waiting for that to blow up in his face. This book was fun to read and had lots of hot steamy sex and some suspense. Mostly it’s a wonderfully written romance that I truly enjoyed reading. This book was excellent! Sam Crescent definitely left me craving the next book in this series.

Oh wow!! This story just gave me goose bumps. Abel and Harper&#039;s story is wonderful. She doesn&#039;t know who he is when he sees her and grabs her ass but it pisses her off. Slowly, he wins her over and they get married but he still takes his time with her, not pressing the issue of sex. That was new for me. I really liked how he didn&#039;t rush her on the level. Of course, she doesn&#039;t know what he does for a living and while his family is telling him to let her know, she finds out the hard way when they are attacked. From then on, he answers her questions and tries to take it all in. I also love the drama of Landon, Abel&#039;s youngest brother. He&#039;s basically a cocky teenager who goes to far and gets shipped off to his Uncle in England. I won&#039;t say what happens there but I&#039;m sure his story is down the road as he is still a teenager and needs to grow up a bit before his time comes. And I&#039;ll be eagerly waiting for Abel&#039;s brother and Harper&#039;s best friends story. This book was awesome and I can&#039;t wait for the next one.

Wow where to start. I love this book :) If you into emotional, love, violence, Hot sex, drama, on pov&#039;s, great storyline, a really great epilogue read this book!!!

What a great job!. This is the second book in the Denton Family series. I enjoyed seeing these two characters grow together. HARPER realizes THAT Abel is more than just a creeper. I absolutely love the aspect of one and only love. Another great read in the series.

I love the Denton&#039;s and cant wait for the next book and hopefully its Damian whos is next, his book should be interesting!

Awesome Awesome Job Sam Crescent. The second book in this series and I think I liked Abel more than Jacob. What would you do if a guy walks up to you on the dance floor grabs your ass and then asked to take you on a date Exactly how Harper felt, but then he just wouldn&#039;t give up and kept chasing her. So what does she do? Marries him!! For Able, one minute he was living the life hooking up with hookers and then Wham he saw Harper and the Denton Legacy strikes again!! From that moment there was no one for him and nothing he wouldn&#039;t do to make her fall in love with him I seriously love this series and I can&#039;t wait to see what is going to happen with Landon and boy oh boy what is Damian going to do with his situation

The Dentons ... a fierce family in every way ! I loved the first book in the series and book two was even better! This is Abel and Harper&#039;s story and the moment Abel sees Harper he is a gonna and how the mighty fall ! It is amazing to see such a possessive, alpha male who teaches people what will happen if you mess with the Dentons and how even though he is an enforcer of sorts where his woman and family are concerned he has a heart of pure gold. There is nothing he would not do for Harper and the love he has for her is all consuming, it is a thing of beauty! Although Harper may not be the most experienced in these situations even she cannot deny the pull she feels towards Abel. I loved watching her fall in love with the big guy and love watching him fall for sweet harper in return. It was also great to see more of the rest of the family and have some interaction from their characters. This really is a great read and I am already desperate for more. Looking forward to so many more reads from this series and this author! Happy Reading!

I love the Denton&#039;s !! I love that fierce loyalty and undying love they have for their women as well as family. The way Abel was with Harper from the beginning was amusing. He was whipped from the get, poor fella. Looking forward to more .