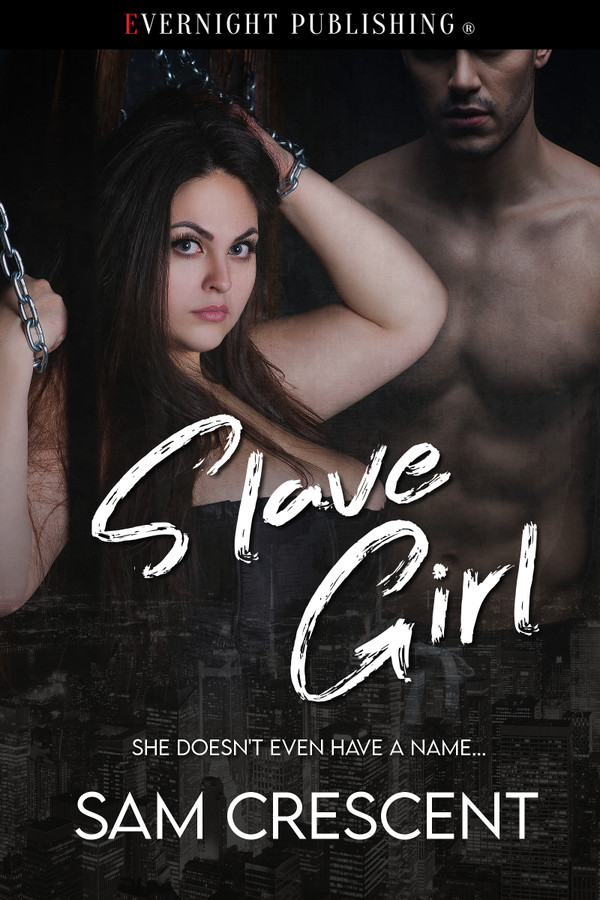 Raphael Giavanni fucked up, stealing a slave girl from his father. If he finds out, they’ll both be killed. Despite the high risks, Raphael will keep her and do everything in his power to take care of her, even it means going to war with his father.

Born into nothing, she’s to be used at the whims of her master. However, Raphael is different. He doesn’t cause pain, and for the first time in her life, she feels safe. He even names her—Elenore.

She is the only woman he’s ever wanted, but the longer he keeps her, the higher the chances his father will find her. Their survival isn’t guaranteed, but she won’t hesitate to sacrifice everything for him.

When Elenore is taken, it’s time for the Family to have a new boss.

He pulled away but she grabbed his hand and placed it between her thighs.

“I’m not stupid. I know what I ask. If … if one day you don’t come home and I’m found, I’d at least like to have this choice of who takes me.”

“Elenore, you won’t be taken.”

“Look what happened yesterday. Your father isn’t a good man. You’re precious to him, but he always told me he could father other children.”

“If he ever doubts your loyalty, you’ll die. Please, Raphael. All of my life I’ve had choices taken from me. I can’t read or write, or know the time. I’m nothing. I’m no one, but right now, I would love nothing more than to be your Elenore.”

“You are my Elenore.”

“Then please, show me how good it can be. How it doesn’t always have to hurt.”

He should climb out of bed as if nothing happened. As if she didn’t look at him with those big, brown eyes, and beg him sweetly to be more, to have more.

Instead, he pulled the blanket away from her body. “If I do anything you don’t like, you’ll tell me to stop.”

“You’re not going to do anything wrong. I know it.”

He eased her shirt up over her head. She lifted her arms and he tossed it aside, running his hands up her body. She had nice, big tits, a small waist, and thick hips. He caressed down her body, cupping those hips, feeling them in his palm, more than a handful but something to hold on to.

He’d be a liar if he didn’t admit to wanting this woman. He did. She was like an addiction he couldn’t get rid of. All he wanted was to drown in every single part of her.

He moved between her spread legs, tugging down the pants that molded to her hips. He pulled them off her in one easy stroke and spread her open. She didn’t wear any underwear. He still needed to go shopping for her.

Her legs were flat to the bed and he lifted them up so he could put his hands on her knees and spread them open. Her pussy looked slick already.

Slowly, he stroked her knees then glided down, going to her pussy but not touching her. He stroked over her fine hairs before pulling back.

He wasn’t going to fuck her this morning. He was going to show her something else.

Kissing her knee, he followed the path between her thighs, hovering over her pussy.

“No, men like my father don’t do that, but I’m not my father. You’re going to have to trust me. Do you?”

This story was so much more than what I thought it would be. I loved that Raphael got a story of his own. We met him in the book, Ruin Her. Lots of emotions and feelings and I was completely sucked into this one!

Loved this mafia story. Had a dark and heartbreaking beginning but they both were able to overcome their obstacles and have their happily ever after. Story is told from both characters POV.

To Claim His Girl by Sam Crescent