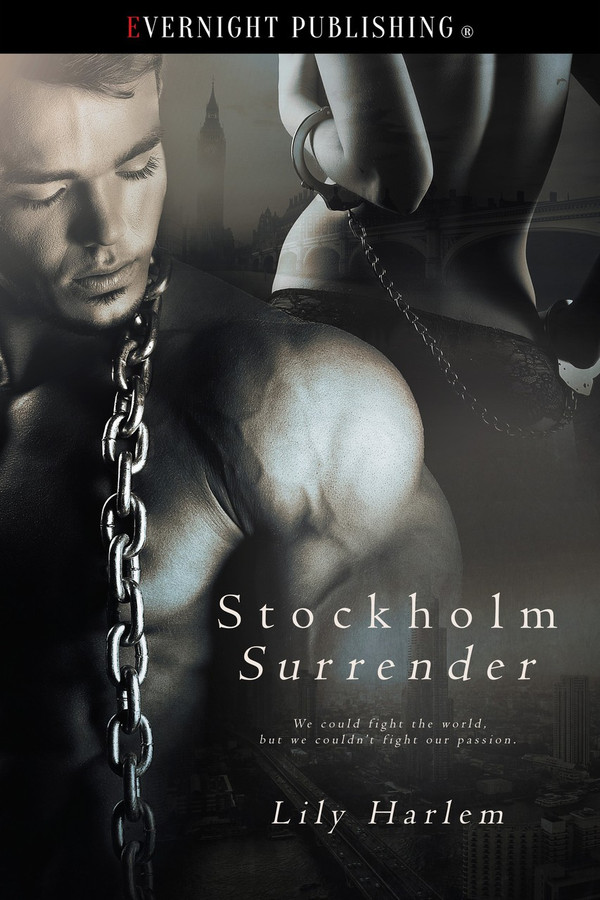 My soul was in turmoil. Ty Winters had not only kidnapped me in Oz, my heartstoppingly gorgeous surfer had also stoked my darkest desires, bringing all my fantasies to the surface. So Oxford wasn’t going well. Until, that is, he crept from the shadows—desperate, sexy, dangerous and wanting a piece of me, literally!

He teased me with a taste of his carnal skills, leaving me burning with frustration then forced to stand by as he fought for his beliefs using my lust-addled body as his most powerful weapon.

Oh, my kidnapper knew how to get what he wanted, giving me just what I needed, while hiding our relationship from the British foreign minister and police. Because sometimes two people are meant to be, even in the most unconventional circumstances and twisted situations. We could fight the world, but we couldn’t fight our passion.

He frowned as though surprised by my question. “I stopped over on my way here and after a lot of paperwork and hanging around I saw him. He’s thin, thin and scared, but typical James he’s trying to be positive. Although how he’s managing it I don’t know. The place is hell on earth.”

Ty narrowed his eyes and nibbled at his full bottom lip. “Yeah, it is. I’ve got to get him out. There’s going to be a retrial but it could go against him, and there’s still talk of the death sentence.”

He tipped his head a little nearer to mine and I traced my fingertips over the rise of his collarbones to the hollow of his throat.

“Yes, of course. I’ve brought it up with my father several times.”

“So bring it up again.” His voice was steely.

“I will, I have. Trouble is, he’s so pissed that you kidnapped me back in Oz that he flips into a blind rage whenever the subject is raised.”

“Well, he’s going to have to get over that. Maybe when he gets the message that you’re going to be taken again he’ll come to his senses.”

“Aren’t you taking me now?”

I shifted against him.

“So when are you going to let me go?”

He curled his lips into a devilish smile. “In a minute.”

I swallowed and wondered what it was about that smile that sent hot fiery fingers of need speeding to every erogenous zone in my body.

“Right after I’ve done this,” he murmured.

In a sudden rush, he claimed my mouth in a hot, hungry kiss. I opened up and let him in, releasing a small moan of pleasure as he pulled me close. Damn, the man could kiss. His mouth communicated desire and strength, passion and danger and I lapped it up like the starving, reckless woman I was.

He chased for my tongue and we began a wild, slippery tango, as if we couldn’t get enough of each other.

I slotted my fingers into his thick hair and urged him closer.

“Ah, fuck, Penny,” he gasped, trailing supercharged kisses over my cheek. “If only…”

I tipped my neck as he explored behind my ear with his mouth, making me shiver in bliss. “If only what?” I asked breathlessly, barely controlling the delicious shudders rippling up my spine.

“If only circumstances were different.” He was exploring with his hands too, the thin material of the gloves sliding beneath my sweater, over the base of my ribs to my breasts.

I trembled as he cupped me through my bra and tweaked my nipple. “Different?” I managed. My brain was struggling to work. He did this to me, Ty, made me forget everything and all sense.

“Yeah, if only we’d met like two ordinary people.” His voice was low and husky. “Instead of this crazy situation. We could have been so hot together.”

“We are hot together.”

“Fuck, I know, but there’s nothing we can do about it.”

He was spooning my other breast now, holding it in his palm. The urge to pull off my top and let him have full access was overwhelming. “We did something about it last time.”

“I know, and I still feel shit about it.”

I pushed at his shoulders and captured his gaze. “Don’t feel shit, it was amazing.”

He stared down at me. “But it was wrong. I was holding you captive, against your will, and I ended up fucking you.”

This book was one of my favorites by Lily so far, I honestly loved the interaction between Ty and Penny. Despite the fact the two of them don’t quite get off on the right foot. (Because who starts a relationship being chloroformed and hooded? Unless…that’s a whole other type of book.) Penny is obviously targeted for who she is and what it can do for Ty’s friend. But Penny is smart and through the book, you can get a really good feel for why Ty is doing what he is. I loved the sexual tension between the two of them, and the book just flowed so quickly. I ran through the gambut of emotions from happy, nervous, biting my nails, but mostly just plain old turned on. Especially when we finally get to meet James. Overall, this is definitely one for the keeper pile.