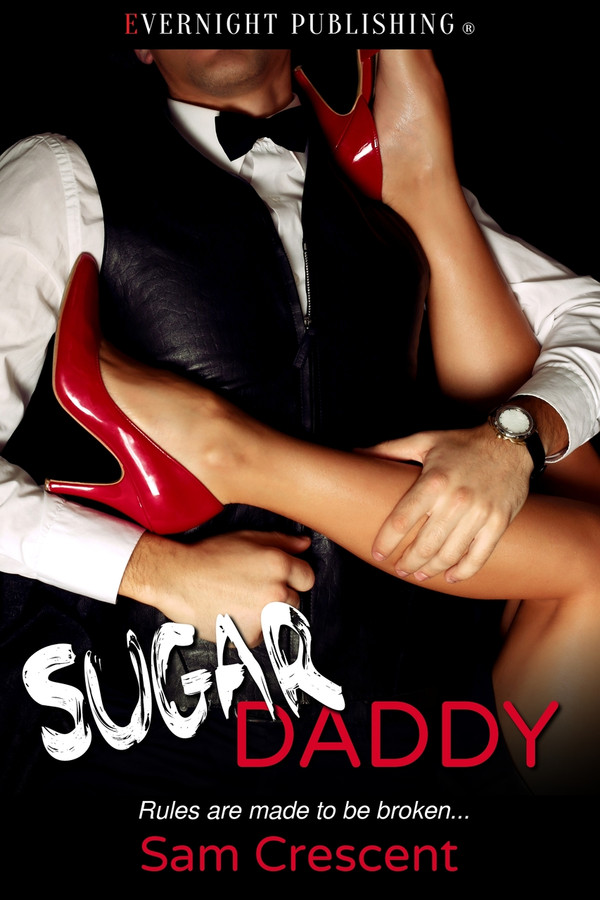 After a run of bad luck, Elizabeth Walker is desperate to make some extra money. College is so important to her, and she won’t do anything to risk losing that. So, signing up to a Sugar Daddy website, where older, wealthy men find younger women, really is the only way to go. But no one seems interested in her as she’s a chubbier candidate—until lawyer Daniel Clark asks for a date.

Daniel is tired of women declaring undying love for him, when all they want is his bank balance. There’s only one love in his life, and that’s the law. Seeing Elizabeth’s picture, he wants her, no doubt about that, and he’s going to have her. Before he agrees to anything, he gives her his ground rules:

1) He’s in charge.
2) He’ll give her more pleasure than she’s ever had.
3) Under no circumstances is she to fall in love with him.

Can Elizabeth follow his rules? Will Daniel finally fall in love? Will Elizabeth walk away with a broken heart? They’re Daniel’s rules, but like he says, rules are made to be broken.

Neither of them spoke as the elevator took them to their floor, but he saw her gaze on him. She was watching him, and the heat in her eyes only made him hotter to get her naked and beneath him.

“I didn’t think you’d call,” she said, being the first to speak up.

“I’ve been busy the past couple of days. I’ve not had much time available.” He’d also made a point of putting some distance between them. The last thing he wanted was for her to get attached to him, and vice versa. Daniel already liked her.

After only a couple of conversations, he knew he liked her.

She was a good person, and he also had all of the information from the PI to know she was at heart, a good girl.

He wanted to show her how to be dirty.

Boys couldn’t give her the kind of pleasure he could.

The doors opened, and within seconds they were in their apartment. He didn’t bother to turn the light. Closing the door, he had her pinned against it, letting her feel the hard ridge of his cock. “This is what you do to me. I want inside your pussy so damn bad, it’s driving me crazy.”

She dropped her bag on the floor, and then she was kissing him back with a passion that startled him.

There was no more tame, timid girl, but a woman with fire inside her, desperate for what he could give her. Running his hands down her body, he cupped her tits, pinching the nipples before moving down to grasp her ass, sliding around to hold her pussy. The jeans she wore were in the way.

He took care of them quickly, dropping her shirt and jeans onto the floor. At the same time, she tore at his clothes, and they moved away from the door in their quest to get naked.

The moment he had her clothes off, he pressed her against the wall, lifting her hands above her head to keep her from moving.

“What are you going to do to me?” she asked, the hint of a smile across her lips.

“I’m going to show you exactly how good it is to let me fuck you.” Holding both of her hands above her head in just one of his, he slowly ran his other down her body, cupping one large tit. Her nipple was tight as he stroked his thumb across it.

She arched up against his touch.

“Are you wet for me, Elizabeth?” he asked.

Moving his hand to her other breast, he teased the nipple in exactly the same way he’d done the other. He watched her press her thighs together. Slowly, he caressed down her stomach, going from hip to hip then between the juncture of her thighs, cupping her hot pussy.

The fine hairs were already slick with her arousal, and as he slid a finger within her tight heat, he couldn’t help but groan.

Pressing a finger to her clit, he teased from side to side. She cried out, her legs closing around his hand, trapping him there.

She did so, taking her time.

“I want you to stand still. Do not move your hands. Do you understand me?”

Sam Crescent graces her readers with a fabulous pairing and enough heat to set a room on fire. Don&#039;t miss out on &quot;Sugar Daddy&quot;. Elizabeth Walker and Daniel Clark have off the charts chemistry and I loved watching them both adjust to their situation and the various ways they are affected by each other. I completely understood where Elizabeth found herself in financial need and decided take the measures she did and I also could see the reasoning of Daniel choosing this approach as well. I enjoyed his powerful personality and how strong he was without crossing the line to arrogance. He is determined to make some ground rules that he insists on but it was amusing and endearing to see him change up the rules when things go differently than he anticipated. What starts out as a business proposal quickly turns into their own unique relationship and I loved watching each moment of the procession. If you like curvy women who attract authoritative men this one is a must-read. The Story: Elizabeth Walker has had a run of bad luck and doesn’t want to lose her education so when she hears some other students speaking about a Sugar Daddy and she decides to try even though she worries her curviness will be an obstacle. Daniel Clark loves the law and doesn’t have the time or desire for love. When he sees Elizabeth’s profile he’s hooked. Will this become more than a business transaction?

Sam Crescent has become one of my favorite authors. love what she did with Daniel and Elizabeth. This two souls they try not to fall in love with each other but would they follow their own rules or would they break them? I love Sugar Daddy it was a very great read.

Daniel wasn&#039;t as dominant as some of the author&#039;s leading men which for me made him so loveable. Elizabeth was shy but she had a toughness about her. It was a good read.

Their relationship started one way and it was so much fun to watch the change. I adore Sam Crescent’s writing!! Her h’s always have an underlying strength, and her H’s are wonderful, even if you want to shake them sometimes. But there is always a great depth to them and always a wonderful read!!!

Sam did it again she is my all time favorite author, she is amazj g and brilliant this book and all her books are amazing and Wonderful I&#039;d recommended her to any and everyone

This is a very hot read. You can totally feel the emotions of Daniel and Elizabeth as the book goes on. The sex scenes are hot and very well written. Loved reading this books

I really enjoyed this one. I liked both Daniel and Elizabeth. I liked that Elizabeth didn&#039;t fall at his feet at the beginning. That her feelings grow with each day when Daniels soft side is revealed.

Absolutely loved it!!! Great story and a amazingly HOT couple!!!

Some Sugar by Sam Crescent