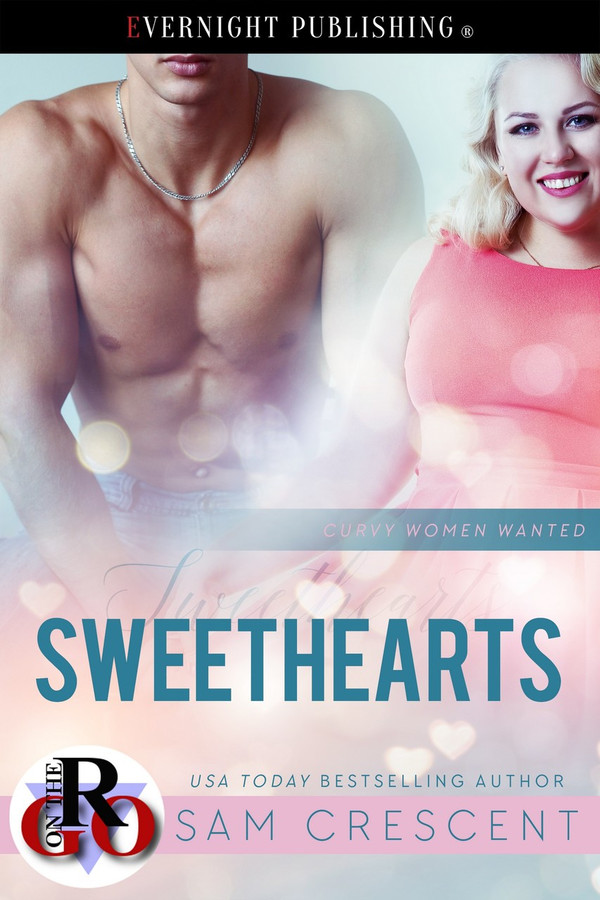 Theo West is in love with the curviest girl in high school, the sweet and beautiful Ruby James. The only problem? She doesn’t know he exists, but that’s not enough to stop him. He wants to take her out on a date, even if first he has to convince her.

Ruby is not used to getting any kind of attention. She hates football and wants to focus on her studies, and making a life for herself after high school. Only, the hottest guy in school wants to go on a date. Could she say no? Should she say no? Is it even right for her to say no?

Taking a chance, she says yes—and it is perfect.

But Theo doesn’t just want one date; he wants her. He’s willing to do whatever it takes to win her over. He’s not like other guys. He has a plan for the future, and in his future, the only person he sees is Ruby.

The girl that had been starring in his fantasies of late just so happened to round the corner before he and his guys left for the cafeteria. Mike, his best friend, who also happened to know whom he wanted, smirked at him.

“See you soon.” Mike shook his hand and took off, leaving him alone with Ruby.

Her face was red, and she looked really frustrated as she got to the locker. He watched as she twisted the dial back and forth, before waiting for the door to open.

The school was old, and so were their lockers. She had to bang the door three times for it to open. Most of them had to do the same.

He waited as she opened up her bag, putting three books inside before grabbing out three more.

“Why does there have to be something up?” He folded his arms across his chest and leaned against the locker. She closed her door, and her face was no longer hidden to him. She pulled her bag on, watching him.

“Were you waiting for me?”

She smiled. “Then what’s up? It’s not like you to stand around waiting for me.” She tilted her head to the side. Her face had lost the red color.

Her pale skin looked so soft, he wanted to reach out and stroke it. He couldn’t pinpoint the exact moment in his life when he realized that he wanted her, only that it had become an obsession of his.

“I’ve been thinking we should go out some time.”

This was a very good read but I did feel it was rushed to the point of missing the connection I usually feel when reading one of her books. I would still recommend it just don’t expect the hot and heavy emotional ride she usually gives you.

Super sweet story! Theo knows who he wants and does everything he can to get and show his lady he&#039;s for real. Ruby is nervous because of her past with her dad and because she thinks that it&#039;s a big joke. Luckily for her she found her Mr. Right For Always!

Such a sweet short story! It was so great to read a story just full of love and acceptance and not have anyone trying to tear them apart or cause trouble. Loved it!

The book was amazing i couldn&#039;t stop reading i loved the book so much Sam Crescent is sn amazing author

I&#039;ve loved all of Sam&#039;s YA/NA books and this is no exception. Super sweet with no OW/OM drama the H is a growly alpha already who goes after who he wants. My only complaint? I wish there were multiple epilogues...but that just because other authors have me spoiled.

I absolutely loved this sweet story. Its perfect quick and light read with no dramas. If you want something relaxing, it&#039;s your story. Oh, and I really loved Theo and his crush on Ruby. It was everything.