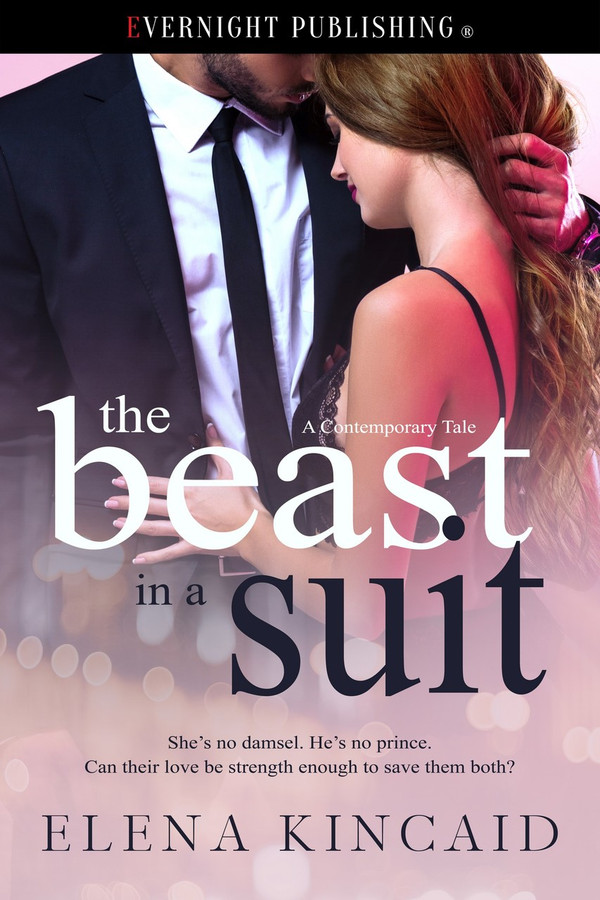 She’s no damsel. He’s no prince. Can their love be strong enough to save them both?

Twenty years later, and the hole inside Emeline’s soul has only gotten bigger, as she mourns the loss of her mother and brother and what could have been. A stranger comes along with changes to a career she loves, but will they be for the better—and will he end up changing her, too?

Adam has been closed off to the world for nearly two decades, existing but not living. He doesn’t even realize the shell of a man he’s become until the woman he’s slowly falling for makes him examine his own reflection.

A modern twist on a classic tale filled with desire, passion, and one dangerous obsession.

“Of course not,” he replied adamantly, finally turning to face her. “I meant what I said before. You’re very valuable to this company and you’ve more than proven it. I also meant it when I told you that you would do great on your own. I don’t want you to leave.” He took her hand in his. “I want nothing more than for you stay, but I don’t want to hold you hostage. That was unfair of me. Please, forgive me.”

The truth was, she had forgotten about his threat. With the way he turned the company around along with giving her his friendship, not to mention the fact that she was in love with him, she was happy there again. She hadn’t thought about quitting or about going out on her own. The fact that he remembered and was apologizing for it and even willing to let her go without any repercussions stunned her. She had already forgiven him a while ago.

She watched a sly smile form on his lips, a devilish gleam in his eye. “No one should have to work for an asshole.”

“Good thing I no longer think of you as an asshole.” She glanced down at their joined hands. “I would like to stay.”

“You would?” He sounded surprised, hopeful even, and the look on his face confirmed it when she raised her head.

“And what about you, Adam?” she asked. “Do you intend to stay?” She knew it was a premature question, given the fact that it would be some time before he could present a tempting sale, but she felt like she needed to know if he even considered the possibility of actually keeping the company and running it himself.

He reached out and toyed with a strand of her hair. “I’d gotten so used to working with soulless corporations, people who wouldn’t hesitate to stab each other in the back. I guess you can say I’m pleasantly surprised. Publishing Enchanted is more than a company. It’s a family.”

“And I don’t think I want to give that up.” He let go of her hair and brushed his knuckles down her cheek. “I have too many reasons to stay.”

They were so close now, their faces mere inches apart. Emeline couldn’t even remember how they had gotten there, but now she only wanted to be closer. “Adam,” she whispered, right before he closed the final distance between them and kissed her.

His kiss was soft, tentative at first, as if gauging her reaction, but when she wrapped her arms around him, he deepened it, moaning into her mouth as their tongues finally met and entwined. Finally, she got her wish and fisted her hand in his thick locks. His hair was soft, just as she’d imagined. Even his beard was soft against her skin. And God, he was such a great kisser, exploring her mouth thoroughly, lips and tongues feverishly connecting.

It was her turn to moan when he pulled her onto his lap and his hands began to roam down her back, her arms, and skimming down the sides of her breasts. He stopped kissing her lips long enough to move down to her jaw, her neck, and then all the way down to that deep V in the center of her cleavage, eliciting another, much louder, moan from her.

She was so lost in him, she hadn’t even realized at first that they were no longer moving, had no idea when they had stopped. Adam took notice of it, too, and paused his attentions to her. They were both panting as they stared at one another, and this time it was Emeline who leaned in and kissed him. She whispered, “Stay,” against his lips, the ache inside her for him too great to be able to part with him.

He practically growled in response and the two of them poured months of longing into their next kiss.

“I’m going to devour every single inch of you,” he said.

A fairytale with a twist… Emeline is dealing with a heartbreaking past and a dark future. When she meets Adam, there’s nothing but chaos and arguments and … perhaps love? Emeline has been through so much! I felt so bad for what the author put her through and yet, I had to read about her happy ending. I just had to! Adam is offering to help her and pride keeps Emeline from accepting. Plus, they meet in a cemetery which for sure is an awkward start, makes for a great story though. I loved this twist on a classic tale. The chemistry between Emeline and Adam is so damn sexy! It’s such a, well, it’s a rollercoaster of emotions and events. I really couldn’t put this book down! The Beast in a Suit is a must read!

THE BEAST IN A SUIT is a well paced story that brings together Emeline and Adam, two people with very different reasons for being associated with the same company. Both characters are guarded but as the plots twists and turns, things will soon change. Relatable characters, a support cast that made me smile and a wonderfully written storyline made this an engaging read.

The Beast in the Suit brings together Emeline and Adam, two people with very different reasons for being associated with the same company. I enjoyed this story both characters are guarded but as their lives take twists and turns, they will be forced to look within for the truth. A support cast that will made me smile, a wonderfully written story made this a great read.

Loved this story. Emeline and Adam are so meant for each other, the same on so many ways... Emeline first meets Adam in a cemetery under ummm some unusual circumstances believe and then they don’t know who’s who and what’s what... that when they do it again it is open little roller coaster ride with them... then we have an ex thrown into this situation and things just go backwards and forwards an ups and downs... but then that’s what makes the story is how these two stick together in their way sometimes not even knowing it , but they’re always there for each other and I love the happily ever after *sigh* fav Anyways like I said I had falling in love with the characters and even that quirky little office characters.they me laugh, giggle, and smh at couple comments our two ..... that something needs to be said is not only are they friends and coworkers they became like a little family and I loved that about the story too I recommend this read if you are looking for a little adventure and a lot of love !!!!

Elena Kincaid&#039;s story are always amazing. This one is no different. I love a twist on a fairy tale and the author has done this so well. I was immediately drawn into the story with Emeline and Adam. Intriguing, dramatic, and mysterious!!! This story has it all. Pick it up!!!