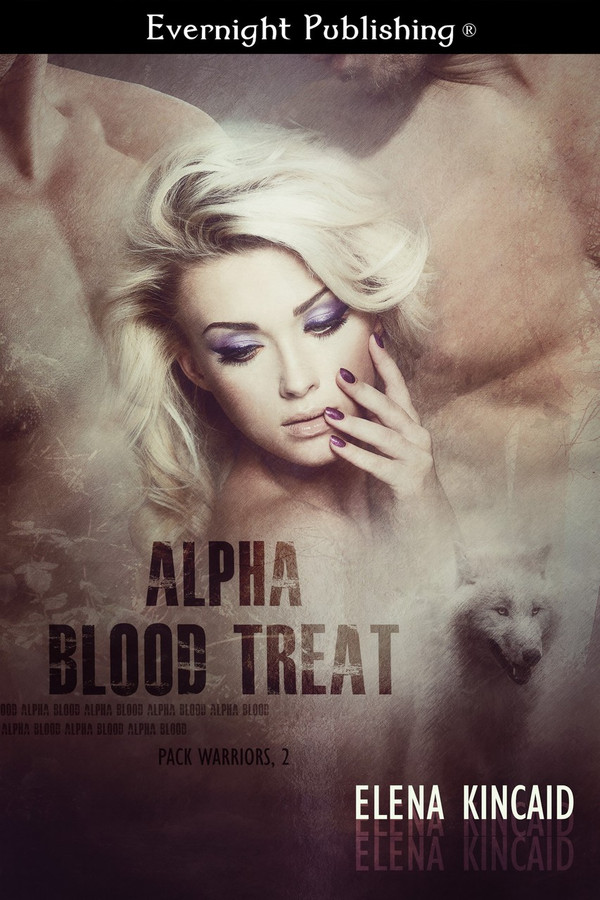 It had been years since the pack wars.  Some are still dealing with the fallout, but all have scars that have never fully healed.  Despite all of this, Gemma, Jordan, and Kane have managed to build a happy life for themselves and their twin boys.

Their holidays may be bittersweet, but their love and passion for each other are even fierier than ever.  Will pack skirmishes, wayward security business clients, and rowdy little boys get in the way of a night full of promise, or will Jordan and Kane manage to fulfill Gemma’s every desire?

“I finally got the boys to—” Kane stopped dead in his tracks in the doorway to his bedroom, his words completely failing him due to the sight that greeted him.

Gemma was sprawled out in the center of their king-sized bed, wearing nothing but the wolf ears headband she wore earlier as part of her Halloween costume, her lips quirking into a sly little smile at the sight of him. A goddess, she was bare before him in a lazily relaxed pose. Her left leg was straight, her right, bent at the knee and spread open, revealing her glistening, pink pussy. Both arms were loosely stretched above her head in a pose that conveyed, come and get me and do to me what you will. Kane would happily oblige as soon as he was able to get his frozen self to move.

He couldn’t help but marvel at her beauty for a moment more. She had him tied up in knots all evening with her sexy, little wolf outfit, the hilarity of her costume choice notwithstanding. The beige, faux-fur trimmed dress hugged her every curve, flaring out at mid thigh, and revealing just enough cleavage to be sexy, yet classy. That didn’t stop other males from ogling Gemma, something that one angry, possessive look from either Jordan or Kane had them regretting. Completing her ensemble was a tail, faux-fur boots that went almost up to her knee, and the headband she was currently wearing. Damn, he and Jordan were two of the luckiest sons of bitches.

Sons of bitches who adamantly refused … for as long as they could … to wear any sort of costume. Kane had learned pretty quickly that he could not refuse Gemma anything that would make her and their three-year-old boys happy, especially if not giving in would make them unhappy. So he and Jordan begrudgingly donned last minute, makeshift costumes, which Kane had to also begrudgingly admit, looked pretty bad ass!

He had applied some of Gemma’s makeup to make himself look like Eric Draven from The Crow—the black eye-liner and dark shadow only, since Gemma did not own any white face paint. The black leather pants, skin-tight, black, long-sleeved shirt, and black boots were already part of his wardrobe. He went sans the long, black coat because Jordan needed it for his costume. In addition to Kane’s coat, Jordan wore black slacks, a ribbed, black undershirt and black boots with buckles on them. When he put on his dark aviators, his Neo from The Matrix look was complete.

Gemma squealed with glee when they had surprised her with their costumes. Both characters were from two of her favorite movies. “You both look way hotter, though,” she had said. And from the scent of her arousal, Kane had no doubt she meant it.

Their fraternal twin boys, Charles and Gabriel, were both all about pirates. The twins charged through the house with swords in hand. “Save mamma!” Charles had shouted as they ran. “Walk the pwank!” Gabriel had added. The boys then positioned themselves in front of their Mamma, swords pointed at him and Jordan. Kane could not help the swell of pride he felt at seeing the boys so protective of their mother. He had no doubt they would grow up to be fierce protectors. Kane lifted his hands in surrender, Jordan following suit, after which, the fathers each scooped up one of their sons and proceeded to tickle them as they carried them out of the house for their first ever trick-or-treating excursion. Though Gemma had dressed the boys up each year prior, she had felt they were way too young to go trick-or-treating before and would not really have enjoyed themselves.

Two hours and two full skull-embossed buckets of candy later—most of which the boys would not get to eat—the five of them entered their house as they had left it—all laughter and smiles. Charles and Gabriel grabbed their loot and ran into the family room with it, Jordan running behind them to try to wrestle it away.

Kane wrapped his arms around her. “No, my little wolf,” he admitted. “That was actually kind of fun.”

Jordan returned with the buckets of candy and grunted his agreement. “I gave them a few pieces each and put on that pirate cartoon they love. That should keep their mind off the candy for a while.”

“I’ll get them to bed,” Kane added. He knew that Jordan had some pack business to take care of, some minor skirmish he could handle on his own. And while Gemma got the twins dressed and ready for their bedtime story with Kane, he would in the meantime handle the difficult security client, one he was almost ready to drop.

“I think you boys deserve a treat later,” Gemma said with a devilish wink. She then sauntered off into the family room adding just a little extra sway to her hips.

This was a cute story continuing into Gemma, Kane, and Jordan&#039;s lives. This was a sexy little Halloween treat. I love how these three get along so well together. I also like that the author gave us a little of what happens next into their lives.