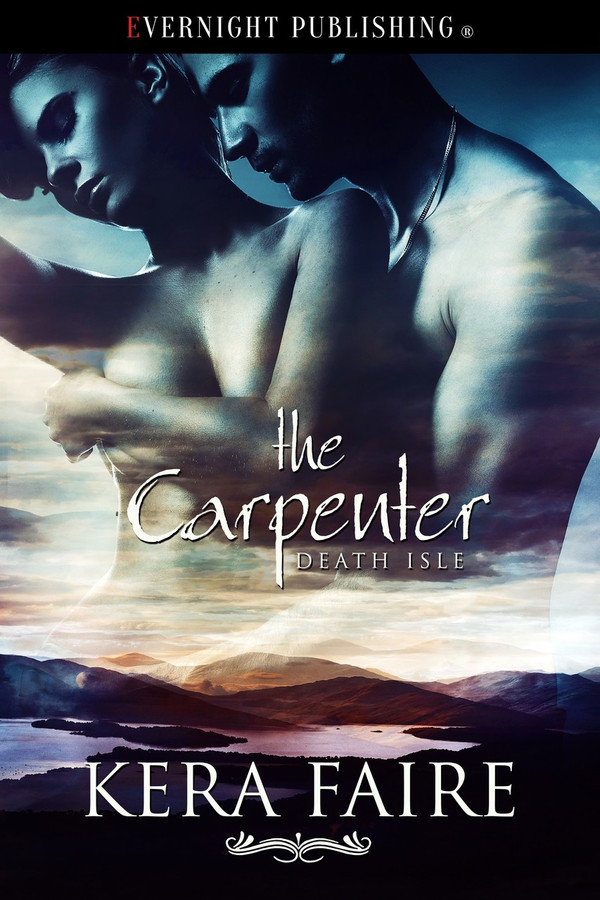 It was always handy to have an alter ego to hide behind, but the problem was that sometimes you forgot who you were or why you were there. Sometimes you didn’t. For Mason and Maddock knowing who they were wasn’t the problem. Trying to discover what they wanted and how to achieve it was. Falling in love just as an old enemy threatens to upset everyone and everything on Dark Isle isn’t a good start.

Now they need to work together to vanquish that adversary and see if they can have a life together.

Maddock slid her down his body. Every inch of her front moved oh so slowly over his erect cock. Red hot arousal shot through her as her mouth went dry, her sight blurry and her clit achingly hard. Her skin tingled and pain of the best kind hit her as Mason dropped her onto the bed, lifted her top with one hand and drew her boob into his mouth with the other. And bit her nipple.

She arched up off the mattress with a moan as he covered her face with the soft cloth of her top. Her arms were lifted and her hands wrapped around the top of the headboard.

“Do not move.” Maddock the Master was back in full force.

Her, “No, Sir,” was an automatic response. His chuckle reached her even though it was muffled by material.

“It’s ah…” Damn, she couldn’t concentrate as he played with her clit and almost lazily put one finger inside her.

“Ah?” A second finger followed the first. “Ah what?”

“Ah well I’m not usually as klutzy, but I got even more flustered around you than I had to and couldn’t help it,” she said in a rush.

Both fingers were withdrawn and she felt bereft. Empty and… shit what did he say? “Oh Darke asked me to keep an eye on you. You’ll have to ask him why, specifically. All I got told was someone might try to eliminate you, and he really didn’t want it to happen. That was all.” She held her breath. It was true but by God it sounded pathetic.

“Hmm, sounds like Darke to keep us both in the Dark. I just wondered what the hell I’d done to deserve you. Now I know. You were meant for me. Just not as my PA.”

A shrill bell sounded and she began to wriggle off the bed. A large hand held her in place.

“Did I say you could move?”

“Well no but. But.” The bell shrilled on.

The hand that held her moved and smacked her pussy. She had the irreverent thought that she’d given the hand a mind and a will of its own, before she replied. “No Sir.”

“Exactly. Now stay there while I answer it.”

Try as she might she couldn’t fathom out more than the odd ‘yeah, good true, right, eight. Bye’, before there was silence. Mason held her breath as the air moved.

“Now where were we?” Maddock asked.

“You were going to tell me what that was all about maybe, Sir?”

He chuckled. “I’d like to spank you for your sass and keep you in the dark as Darke did to us, but I won’t. It was Milo. Verene is in Thailand. All alerts off. For now. So, let me decide. Ah yes. As I said before, pet. Do not move.”

“Good girl.” She lay there in the semidarkness and wondered if it was pleasure or punishment she deserved. Then she found out.

“I want to create our pattern in wax on you, pet. May I?”

Behind the cloth she blinked. “Yes, Sir.” Her pussy clenched and her juices gathered.  Our pattern? She savored those words, they sounded perfect.

“Then let’s get you naked and onto a towel.  Let go of the rails.”

“No need to tie them, Sir.” She’d do as he asked. “Well, I’m not sure about my feet,” she added honestly. “If it hurts before it morphs into a sweet pain I might try to curl up.”

He grinned, and pulled a pair of individual ankle cuffs with ties to them out of his pocket. “Spread them, pet.”

It was fascinating to watch how he prepared. Mason stayed as he directed and did her best to quell the silly frisson of fear that hit her. She’d never tried wax play and it was one thing she often thought about. And it was Maddock for heaven’s sake. Maddock, not any old Dom.

“Color, pet?” Maddock stood next to her, a candle in each hand.

He wasn’t wrong. That first drop of wax on her tummy made her bite her lip; the second clench the rails so hard she’d have bruises. The sting followed by brief red-hot pain and the sense of something hard on her skin was new and at times disconcerting.

After each carefully placed drop of wax, Maddock waited until she assured him she was green. Then all of a sudden the sensation chanced from hot and sore to hot and arousing. She began to float.

“That’s my good girl. Shall I take a photo to show you? You’re in that oh so sweet sub space now aren’t you?” Somehow she managed to answer both questions in the affirmative before she let go and let the gorgeous floating sensation claim her totally.

Kera Faire has lept on to the scene with this dark romance series, Dark Isle. It’s certainly given me a whole new view of pigs. But while it’s a darker incarnation of her alter ego Raven McAllan, it’s still got quite a few tongue-in-cheek moments and memorable characters. Writing a character that is an assassin that you ultimately end up falling in love with, takes true talent. I know I remarked in one of Kera’s other reviews that I sometimes needed to look up the scottish lingo, she’s been awesome enough this time to smartly insert the meanings to the less-known words. In this book, we get to meet Darke’s boss, even Crabtree’s boss. Not only is he a hottie, but he can build one heck of a playroom. His love interest is Dori or Mason, or is it Doris Mason? (Doris? Is that YOU?) Both Dori and The Carpenter get called to the Dark Isle,and they all have a huge reason to worry. Trust me, you want to read this right up to the end. Kera just blew me out of the water with this one! Voluntarily read copy provided by author

Oh my!!! Kera&#039;s latest story in her Death Isle series is another hit with me!! Lots of mystery, drama, intrigue and of course, hot sex!!!! But... is the end of this series near? We are left with that possibility and while I&quot;m not a fan of &quot;cliffhangers&quot;, this is one that I don&#039;t mind because the characters story is wrapped up nicely and two other characters in introduced with mystery and drama surrounding them!! Ohhhh, I can&#039;t wait!!!

The Jeweler by Kera Faire